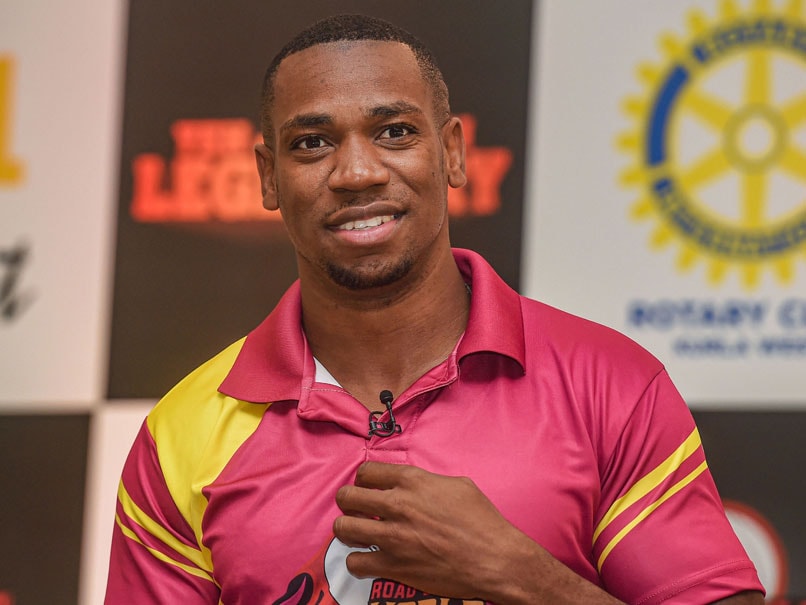 Yohan Blake Lashes Out At World Athletics Chief Sebastian Coe, Says “He Is Killing The Sport”


Ace Jamaican sprinter Yohan Blake on Monday said he is eyeing nothing less than a gold medal in next year’s Tokyo Olympics, his last appearance at the quadrennial extravaganza. “It is going to be my last Olympics and definitely I am going for the gold,” said Blake, who already has two gold and two silver medals in the Olympics. “I have got plenty of medals in the past, but this will be the icing on the cake for me,” he said in Mumbai.

Blake considers himself favourite to clinch the yellow metal in the 100m sprint at Tokyo.

“I’m always the favourite, the second fastest man in the universe. Everyone has to look up to me. Definitely there are some good guys coming and I’ll be looking forward to the challenge,” he said.

“I think it is going to be epic, this is the greatest show on earth and everyone is looking for that blue-carpet event, which is the 100m,” Blake added.

The Jamaican sprinter was in the city to promote the ‘Road Safety World Series’, a T20 series, which will be held in February next year. Former India captain and Hyderabad Cricket Association (HCA) president Mohammad Azharuddin was also present on the occasion.

Blake lashed out at World Athletics chief Sebastian Coe for removing four events, including the 200m race from next year’s Diamond League.

“It has changed a lot, I am not going to lie. The times we are running have slowed down, track and field is dying a little. If he (Coe) can take away the 200m and triple jump, I don’t know if he is trying to build it (track and field) or trying to kill athletics,” he said.

“But that’s a stupid move he is making. He must enhance the sport, but he is killing it. It is just madness,” Blake said in his criticism of Coe.

“Am talking about that because I believe 200 (meters) is very important. This is people’s career and where they make money. That’s where I broke 200 meters Diamond League record. You cannot do that. Everybody is hating him. We have to take a stand.”

The 29-year-old also said that he would start a programme in India to dig out talent.

“I tell my West Indies cricketers they have to emulate India — Virat Kohli and all those sort of cricketers. Nothing wrong if they emulate us in sprinting,” he said.

“After the Olympics, I am going to start a programme in India to harness the talent here because I met some of them in Doha. There is a lot of talent in India. If we as an outsider come and show them what it takes to go to different level, that is going to be easy.

“Not just Mumbai, (I am) targeting Delhi, Pune, Bengaluru, Kolkata. (The plan is to) draw fastest person from these centres, we will do event by event and 2 weeks after the Olympics (I) will come to India,” he added.

Blake was part of legendary sprinter Usain Bolt’s last race in 2017 World Championship – the 4×100 relay. Blake, who had passed the baton to Bolt, said he knew that his compatriot was not going to make it.

“His (Bolt’s) last race, we were excited at first. He (Bolt) said to me if he can run, I said we will push it. He was feeling his hamstring. When I came around the corner to give him the baton, I knew he was not going to make it,” he recalled.

“I could see him grab his leg (and) I said ‘hey what about my medal’. He had done so much for Jamaica, for the world and I forgive (forgave him) for once.

“I met her (Hima Das) in (2018) Commonwealth Games. I spoke to her, (she is a) very good person. I know she will come back stronger. I feel they should believe in themselves more, work harder. They have to work day and night. That’s what Hima Das asked me. That’s what I will do in India,” he said.