The final set of wrestling matches have begun at Coventry Arena.

Anshu Malik will be first in line to stake a claim for the gold medal in 15 minutes.

Divya Kakran gets a repechage

She will meet Cameroon’s Blandine Ngiri and a win would send her through to the bronze medal match.

We have had a brief hold-up in action after the Round of 16 at Coventry Arena. Here’s what happened:

As the Indian wrestlers are all set to take the mat in Birmingham to resume their supremacy in the Commonwealth Games, one is compelled to ask: “How many gold medals this time?”

Superpower India had won 12 medals, including five golds, covering all categories in Gold Coast four years ago. This time, a star-studded Indian side will look to improve its overall performance while retaining its top spot.

Going for a third

Bajrang, Vinesh and Sakshi are going for their third successive medal. Vinesh, who has recovered from an elbow surgery, will seek to match Sushil Kumar’s feat of winning three golds on the trot and redeem some pride after her forgettable showing at the Olympics.

Bajrang, who won a medal in Tokyo in spite of carrying a knee injury and was injured again post Olympics, trained in the USA in the run-up to the Commonwealth Games. He is expected to showcase his aggressive game again while trying to retain his title.

A gold will complete Sakshi’s collection of Games medals and will help her make an impact after the 2016 Olympics.

Divya, too, will be interested in changing the colour of her bronze.

Among the men, Worlds and Olympics medallist Ravi Dahiya (57kg) will be the hot favourite in his category. His friend and Worlds silver medallist Deepak Punia (86kg), who recovered from a rib injury to train in the USA, will also be a gold medal aspirant.

When and where to watch Commonwealth Games 2022 wrestling live?

Indian wrestlers’ CWG 2022 action can be followed live on the Sony Sports Network and streamed online on Sony LIV from 6:30pm IST. 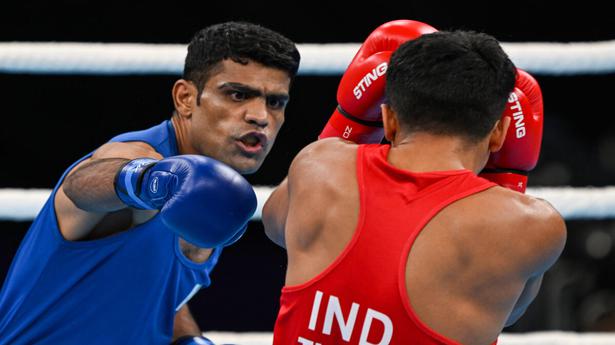