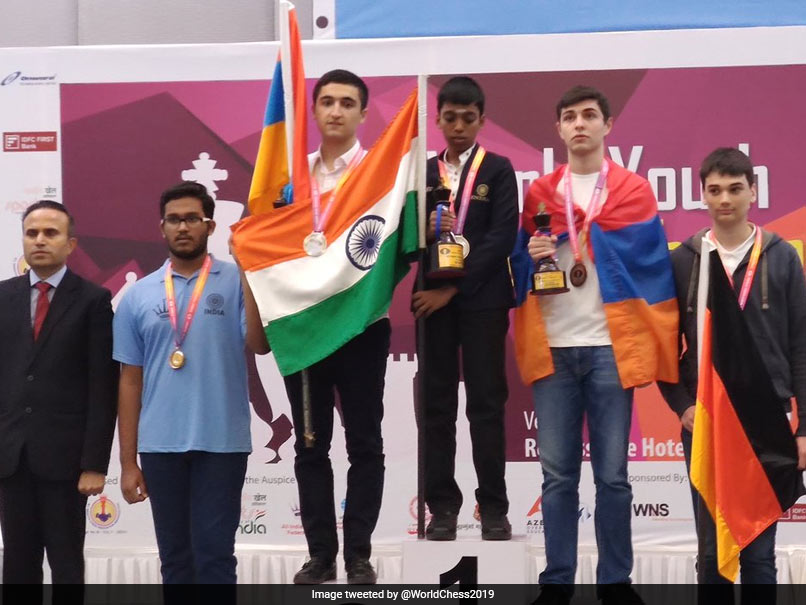 
India’s R Praggnanandhaa emerged as the unconquered king in the World Youth Chess Championship, claiming the coveted gold in the Under-18 Open in Mumbai on Saturday. The 14-year-old Grand Master from Chennai etched out a cautious draw in the 11th and final round against Valentin Buckels (Germany) to top the charts with 9 points. He, however, will have to thank compatriot IM Arjun Kalyan for engineering a crucial draw against top seeded Shant Sargsyan (Armenia).

Praggnanandhaa would have been under pressure if Grand Master Shant had won; but Shant couldn’t unravel a determined Arjun, allowing Praggnanandhaa to call truce and annex the title.

The Championship ended on a high note for India, with six other medals, including three silver, coming their way. Only the Under-16 Girls proved elusive for India, although BM Akshaya gave a good account of herself. Akshaya lost the medal to Anousha Mahdian, after suffering an unexpected defeat to her in the final round.

The country’s Under-14 Girls were the toast of the day, with Divya Deshmukh and Rakshitta Ravi bringing home two medals. Top seed WIM Divya, who seemed to be out of contention midway through the event, pulled off a well thought out victory in the last round to clinch the silver.

Rakshitta too beat overnight leader Bat-Erdene Mungunzul on the top board to earn the bronze. Kazakhstan’s Meruert Kamalidenova, however, was the star of this category, reeling off five straight wins to clinch the gold medal.

FM LR Srihari (Under-14 Open) and Vantika Agrawal (Under-16 Girls) collected the country’s other two silver medals, playing out draws in their respective matches. Vantika had an outside chance of pocketing the gold, especially after top seed Polina Shuvalova (8.5) settled for a draw; Vantika (8), however, couldn’t beat Alexandra Obolentseva of Russia to finish half a point behind the eventual winner.

Srihari (8), who was in contention for the gold at the start of the penultimate day, endured draws in the last two rounds to slip to the second position. S Maralakshikari won the bronze, after beating the surprise package of the championship, R Abinandhan.

CM Aronyak Ghosh (8) claimed the other bronze for the country in the Under-16 Open after drawing with Iran’s Arash Daghli. He will, however, look back at the WYCC as a missed opportunity, after accepting a quick draw in the penultimate round.