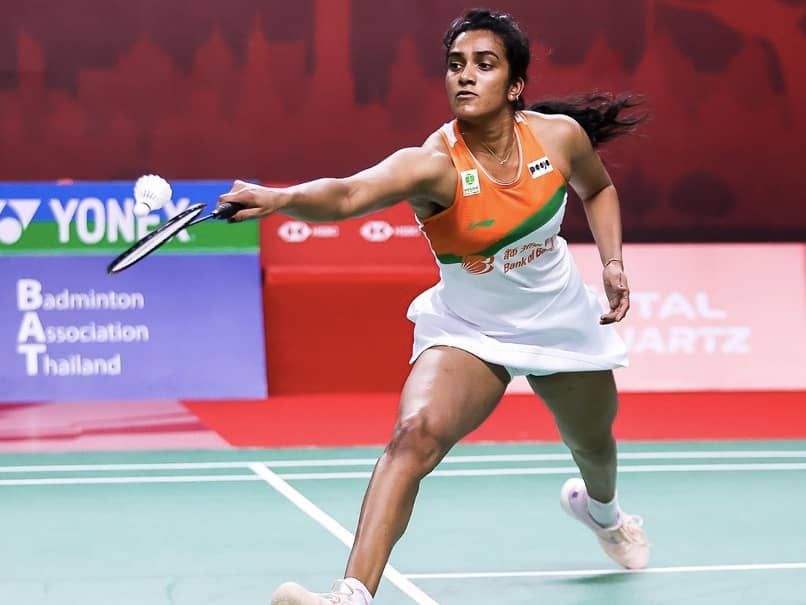 PV Sindhu has been handed a tough draw in the World Tour Finals, which begins on Wednesday.© AFP


PV Sindhu was handed a tough draw at the badminton’s World Tour Finals on Tuesday as she was grouped with world number one Tai Tzu-ying and home favourite Ratchanok Intanon. Tai, former world champion Ratchanok and Olympic silver-medallist Sindhu were grouped together with Thailand’s Pornpawee Chochuwong for the round-robin stage of the bio-secure tournament in Bangkok. The delayed 2020 season finale, starting Wednesday, is the third behind-closed-doors event in three weeks in the Thai capital as badminton resumes after months of near-inactivity owing to the coronavirus.

Men’s champion Kento Momota tested positive just before the Thai tournaments began, forcing him to withdraw along with the entire Japanese team.

China’s team, including women’s title-holder Chen Yufei, were unable to travel because of the country’s strict coronavirus rules.

Despite the biosecurity arrangements, four people inside the Bangkok “bubble” have tested positive for the coronavirus, including two players who were forced to withdraw.