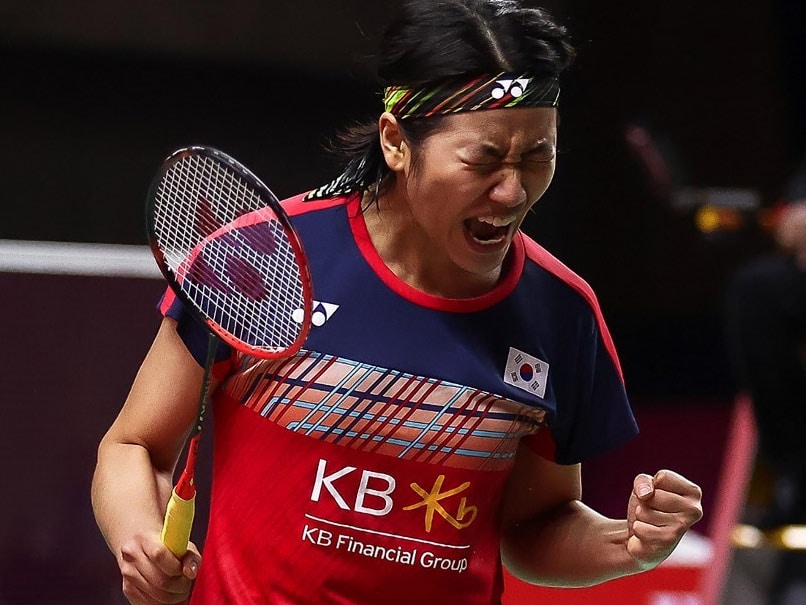 
Teenage prodigy An Se-young pushed to victory in a tough game against former world champ Carolina Marin on Friday in badminton’s World Tour Finals — her first win over the Spaniard in Bangkok. The world’s top players have been competing in the Thai capital for three consecutive tournaments in a biosecure “bubble”, culminating in this week’s World Tour Finals. The young South Korean had lost to reigning Olympic champion Marin during their previous two meetings, but on Friday managed to capture a victory on the last day of the round-robin stage.

“I’m really happy as I have shed a lot of tears here,” said the emotional 18-year-old, who was voted Most Promising Player in 2019.

She credited it to being able to anticipate her more experienced opponent’s counters after losing to Marin the past two weeks.

“There are many things I have learned from Marin and I adapted to those things as I was playing the match,” she said.

Marin — who is gunning for a hat-trick of titles after winning the past two tournaments — will still move on to the semi-finals.

“My performance was okay,” the Spaniard said, admitting that her mind was already on Saturday. “I played like training. I lost but I don’t care about the result.”

“It’s always exciting in the World Tour Finals to win a match,” he said.

“Although I won’t make it to the semi-finals, I still kept pushing myself.”

The top eight players in all singles and doubles disciplines are contesting this week’s tournament, but China and Japan are absent because of coronavirus problems.

Despite the strict biosecurity arrangements, four people inside the tournament “bubble” have tested positive, including two players who were forced to withdraw.

Will GTA Online Get Cross-Play?