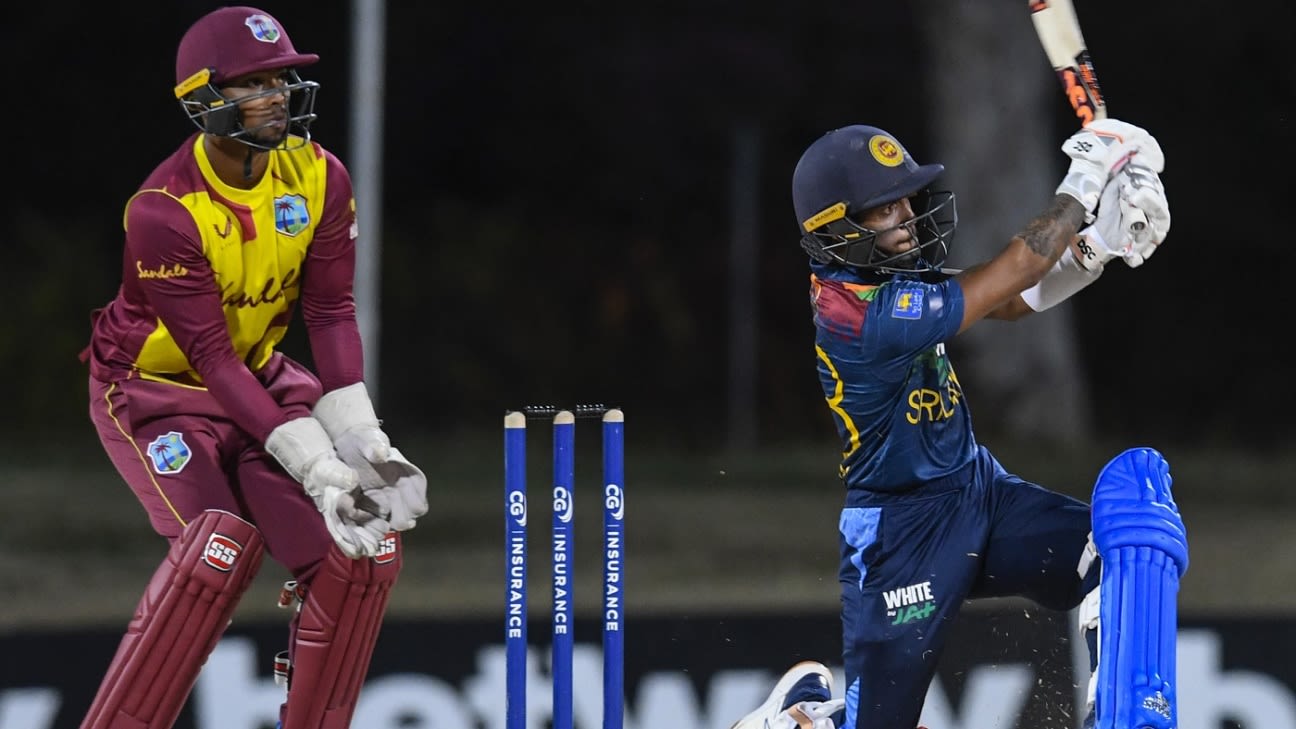 Pathum Nissanka has earned a maiden call-up for the two Tests against West Indies for which fit-again Dimuth Karunaratne will lead Sri Lanka’s 17-man squad. Dilruwan Perera, Kusal Perera and Lakshan Sandakan were missing from the squad which included allrounder Dhananjaya de Silva, who had missed the two Tests against England in January with a thigh injury.

Nissanka, the 22-year-old top-order batsman, has already impressed in the ongoing T20Is in the West Indies with scores of 39 off 34 and 37 off 23. He has also been a consistent performer in first-class cricket, maintaining an average of 67.54 across the 59 long-format innings he has played so far. In those innings, he has hit 13 hundreds and 13 fifties. Middle-order batsman Roshen Silva has also impressed in domestic cricket, but has not played a Test in over two years.

Karunaratne missed the England Tests with a finger fracture he suffered on the tour of South Africa during his century at the Wanderers, but will now return to lead both the ODI and Test sides.

On the fast-bowling front, Sri Lanka are missing Lahiru Kumara, who tested positive for Covid-19 in the last two weeks, but have the likes of Vishwa Fernando, Suranga Lakmal, Dushmantha Chameera and Asitha Fernando available. Left-arm spinner Lasith Embuldeniya will likely be Sri Lanka’s primary spinner following his good performances against England at home. Legspinner Wanindu Hasaranga is also available, in addition to the offspin of de Silva. Ramesh Mendis – if he plays – offers another offspin option.

Sri Lanka lost their last four Tests – two away to South Africa, and two at home to England – but were seriously hampered by injuries through those series. Several important players are missing from this Test squad as well, but the return of captain Karunaratne will be especially heartening. De Silva’s return is also significant, particularly as he adds balance to the Test XI with his offspin.