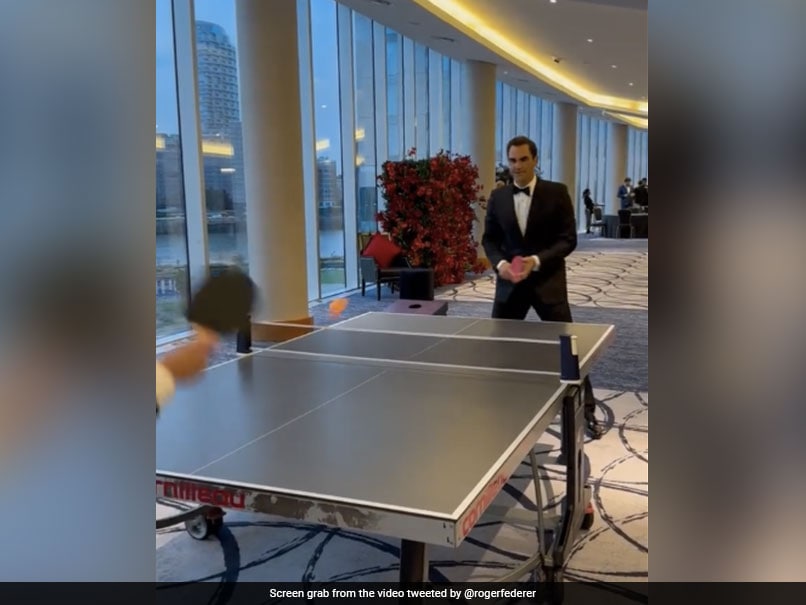 Roger Federer will bring the curtain down on his spectacular career in a “super special” match alongside long-time rival Rafael Nadal at the Laver Cup in London on Friday. But ahead of the match, he shared a video of himself playing table tennis in a tuxedo. “Just a quick warmup before the gala,” Federer captioned the post.

Watch the video below:

just a quick warmup before the gala 🏓 pic.twitter.com/U4udl8hKV4

Since being shared, the video has accumulated more than 5 million views and over 216,000 likes. Internet users flooded the comment section with heart emojis and called Federer a “legend”.

One user wrote, “My favorite Sportsman of all time, loved watching this swiss maestro with elegance and has such a likeable character and personality.” Another said, “Give him any racquet his eye and hand coordination is unbelievable.”

A third jokingly commented, “New career coming up in table tennis.” A fourth added, “Wow! Even TT is such a treat to watch u play. Those wrist and hand movements! Just unmatchable!”

Roger Federer will retire from the sport after Laver Cup, with Team Europa taking on Team World at the O2 Arena in London. He will only play once, teaming up with Nadal in the doubles. The pair will play against Jack Sock and Frances Tiafoe.

Ahead of the match, Federer also shared a picture with Rafael Nadal, Novak Djokovic and Andy Murray. In the image, the four were seen dressed up to head out to the Gala at Somerset House.

“Heading to dinner with some friends,” Federer captioned the post. Within hours, the image garnered more than 400,000 likes and 40,000 retweets.

“Ben Stokes Is Ahead Of Hardik”: Says Ex-Pakistan Captain, Lists Out Reasons – SportsDicted