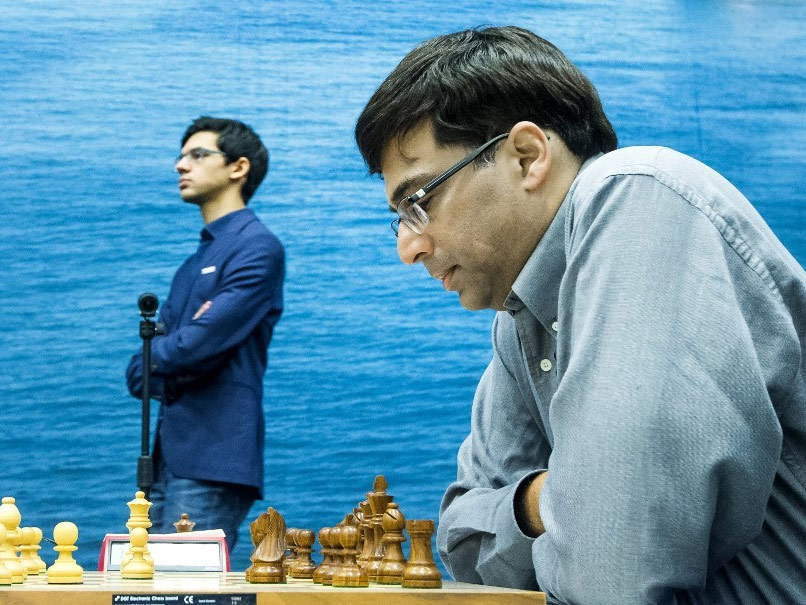 
Indian Grandmaster Viswanathan Anand suffered his fourth straight defeat in the USD 150,000 Legends of Chess online tournament, going down 2-3 to Anish Giri of the Netherlands. The former world champion Indian and Giri played out four draws before the Dutch player pulled off a win in the Armageddon game (a tie-break) late on Friday. Anand, however, picked up his first point of the event. He remains at the bottom of the table. He had earlier lost to Peter Svidler, Magnus Carlsen and Vladimir Kramnik.

The Chennai-based Anand, who is making his maiden appearance at the Magnus Carlsen Chess Tour, settled for a 82-move draw in the opening game of the best-of-four contest.

The second game was a 49-move affair while the third and fourth games were drawn, setting the stage for the Armageddon.

Giri grabbed the decider with black pieces to secure victory and two points.

Anand meets Hungary’s Peter Leko in the fifth round later on Saturday.

Russia’s Peter Svidler, who was in joint lead with Magnus Carlsen, lost to Ding Liren of China 1.5-2.5 to hand the sole lead to the Norwegian world No.1. Carlsen has 12 match points and is followed by Ian Nepomniachtchi (11).

It was Liren’s first win in the tournament.

All the round-robin games are best-of-four game contests.

The tournament is part of the Magnus Carlsen Chess Tour. The winner of this event will qualify for the USD 300,000 Grand Final scheduled from August 9 to 20.