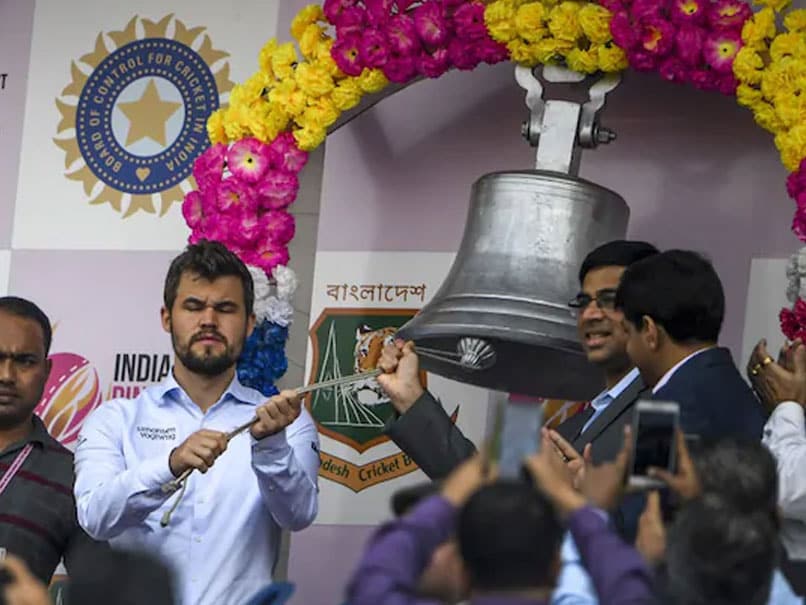 
Five-time world champion Viswanthan Anand feels experimentation in sport is important for the development of players and the game as a whole as continuing with one format for too long can stunt progress. Anand has seen sport, not only chess, evolve over time and experiment with formats to stay relevant. While chess saw formats like rapid and blitz come up, cricket also witnessed the rise of Twenty20, pink ball Tests, 100-ball cricket and even talk of reducing Tests to four days.

“You need to say who is the audience for the judgement,” Anand told IANS in an exclusive interview when quizzed if experimenting is good for the health of sport in general.

“These are sports trying to keep the attention of fans and their viewers. So it comes down to that. The other thing is, very often if a sport is too fixed for too long, people will get good at doing something and doing it too well and development can get blocked a bit,” said the 50-year-old legend ahead of his book launch ‘Mind Master’ in the city.

“So with experimentation, you are also giving fresh life to the sport. In chess, faster formats seemed to rescue the game,” said Anand who has multiple world titles in rapid and blitz chess.

Anand, India’s first Grandmaster and first Asian world champion, pointed out that in the battle of purists versus broader audience who like shorter formats, sport has to strike a balance.

“A sport has to find balance between purists and broader audience who are always in conflict. I think it is very healthy that sport is not stuck for too long. And you can always conserve what is traditional by having a certain part of the season for that. Like you block a month for Test cricket,” he said.

Asked about the experience, Anand said: “We went there. We got there a bit early. At some point, we were asked to go and ring the bell. We exchanged one remark.

“Magnus said it doesn’t look like there will be a third day. Then we went back. It’s how these things normally are. It was a nice experience.”

The D/N Test got over in three days as India won by an innings and 46 runs.

On his book ‘Mind Master’, Anand said: “Instead of just a timeline, we tried to highlight experiences that had a disproportionate impact on the way I look back at my career. Like why these moments meant a lot. It is my story, but we tried to extract what was significant and what I learnt from it and put that together in a book.”

“There is connection between lessons you learn and then they influence the way you deal with situations,” he concluded.