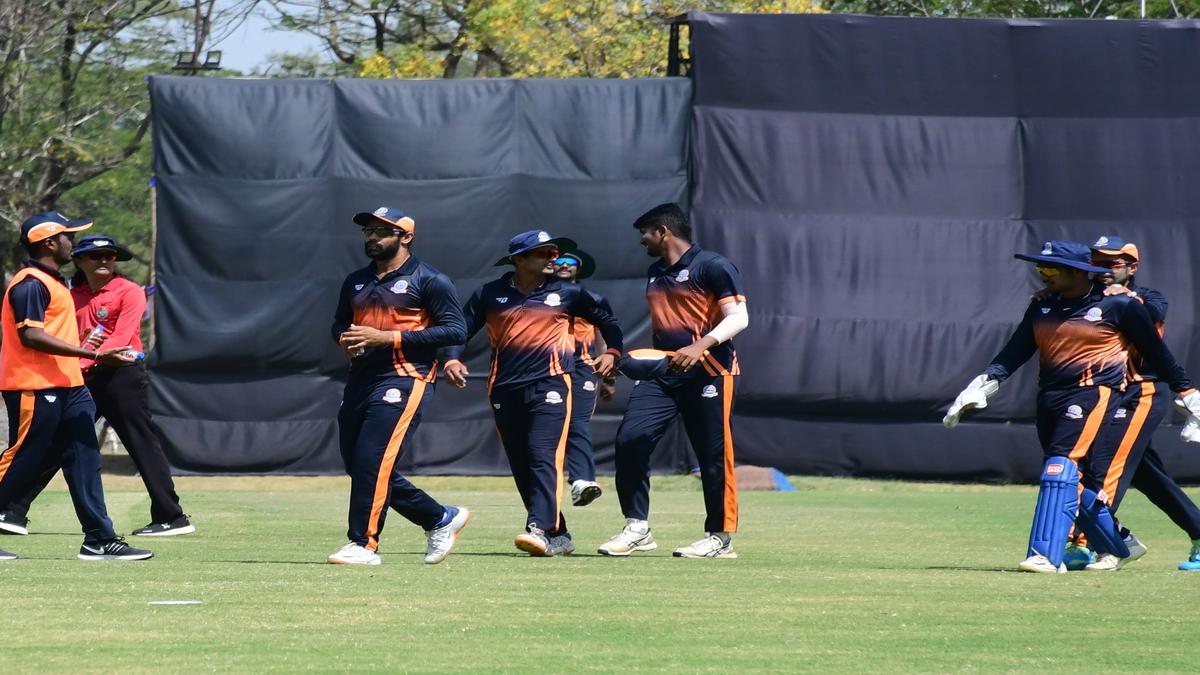 Gujarat vs Andhra: Raval pounces upon the deliveries Sasikanth pitches wide and full to slam them towards the fence. Panchal punishes Shoaib Khan for his loopy deliveries off the next to find two fours. Gujarat 32/0 in 6 overs.

Gujarat vs Andhra: Raval and Panchal, in the meantime, have looked cautious from the get go. No unnecessary risks taken. Gujarat 13/0 in 4 overs.

Karnataka vs Kerala: Samarth’s boundary off S Sreesanth’s very first over followed by another four in Jalaj’s next maybe seen as a message of what’s to follow as the day progresses. Karnataka 14/0 in 3 overs.

Karnataka vs Kerala: Ravikumar Samarth and Devdutt Padikkal, one of the strongest weapons in the Karnataka arsenal, open the batting. Meanwhile, it’ll be off-spin from Jalaj Saxena to start off things for Kerala at the Airforce Complex ground in Palam.

Gujarat vs Andhra: Wicketkeeper-batsman Dhruv Raval takes guard and gears up to face KV Sasikanth, who will be bowling with the new ball. Captain Priyank Panchal takes his spot at the non-striker’s end.

– Gujarat chose to bat vs Andhra

– Kerala opted to bowl vs Karnataka

Before we kickstart the day’s proceedings, let’s help you relive all the action from Sunday as you sip on your morning coffee.

Just when it seemed like Uttarakhand had done enough to seal the last quarterfinal spot in Vijay Hazare Trophy, the seventh-wicket pair of Anuj Rawat and skipper Pradeep Sangwan bounced back with an unbeaten 143-run stand on Sunday.

Looking down and almost out, Delhi owed its dramatic revival to Rawat (95 not out, 85b, 7×4, 6×6) and Sangwan (58 not out, 49b, 6×4, 2×6) who turned the match on its head in the space of 16 overs to take the host home with nine deliveries to spare at the Ferozeshah Kotla ground. The victory gave Delhi a place in the quarterfinals against Uttar Pradesh on Tuesday.

Kunal Chandela (62, 83b, 6×4), who played a stellar role in Delhi reaching the Ranji Trophy final in the 2017-18 season, punished his former teammates, providing mid-innings solidity.