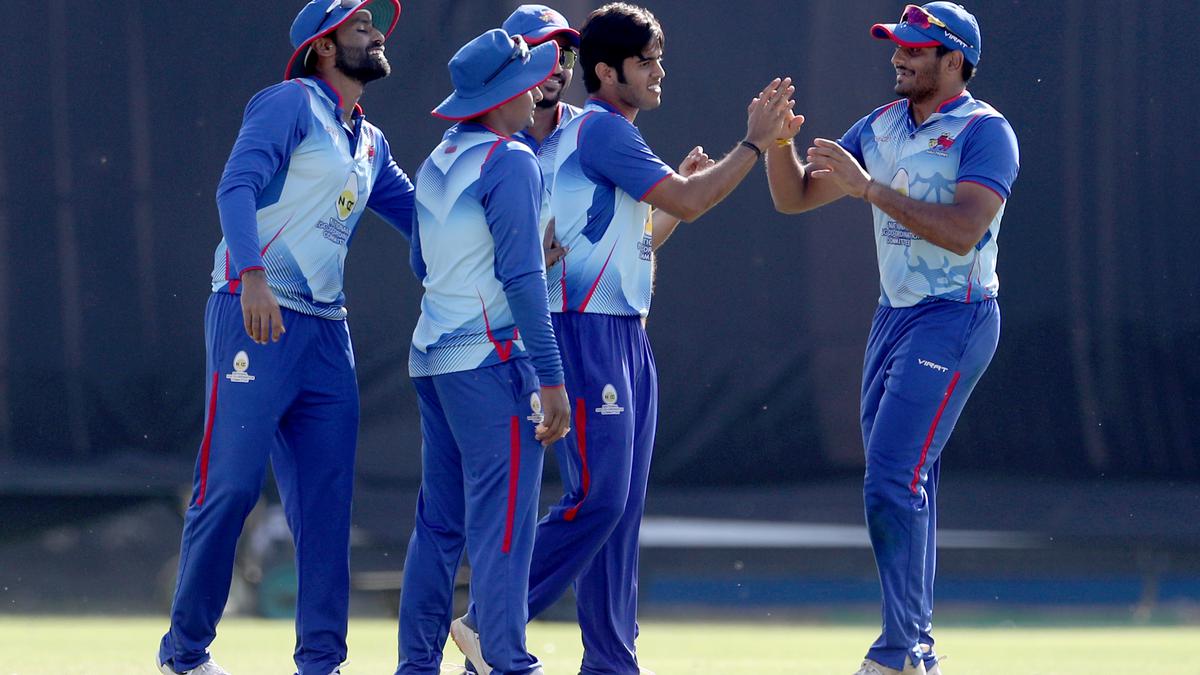 Matches begin at 9AM IST

Before we kickstart the day’s proceedings, let’s help you relive all the action from Monday as you sip on your morning coffee.

Much before the result was formalised, Karnataka’s openers firmly shut the door on Kerala and paved the way for an 80-run win and a place in the semifinals of the Vijay Hazare (50-over) tournament at the Air Force Ground, Palam.

Medium pacer Ronit More (5/36) scalped three of the top four Kerala batsmen – Robin Uthappa (2), Rohan Kannumma (0) and a well-set Vathsal – to ensure the chase was never really on. Azharuddeen tried to step up the scoring rate but was stumped in his attempt to have a go at Shreyas Gopal.

Earlier, Samarth and Padikkal dictated the course of the match without taking any undue risks. They maintained a very healthy run-rate by sending the ball across the ropes at regular intervals. Padikkal’s departure soon did not slow down Samarth. In fact, Karnataka moved from 250 to 301 off just 5.5 overs, with Pandey joining the act.

In the penultimate over, Samarth fell in trying to reach his double-century. He holed out at long on off medium pacer N. P. Basil and, four balls later, removed new-man K. Gowtham.


Panchal packs a punch as Gujarat knocks out Andhra

Gujarat skipper and opener Priyank Panchal showed the way with a masterly 134 and set up his team’s massive 117-run triumph over Andhra Pradesh in the Vijay Hazare (50-over) quarterfinals at the Feroze Shah Kotla ground.

Winning the toss and opting to bat, Panchal’s knock off 131 balls was dotted with 10 boundaries and two sixes in a tally of 299 for seven in 50 overs. In response, Andhra lost wickets at regular intervals and its innings folded at 182 in 41.2 overs. Ricky Bhui was the only one to display some resolve to score 67 runs on a batting pitch.

Medium pacer Arzan Nagwaswalla removed Andhra openers and sent back skipper Hanuma Vihari for a duck to keep the rival on the backfoot. Leg-spinner Piyush Chawla, who scalped Bhui, finished with three wickets. In fact, the match never really rose as a contest.

Some Vijay Hazare Trophy 2020-21 matches are available for live streaming on Disney+Hotstar.