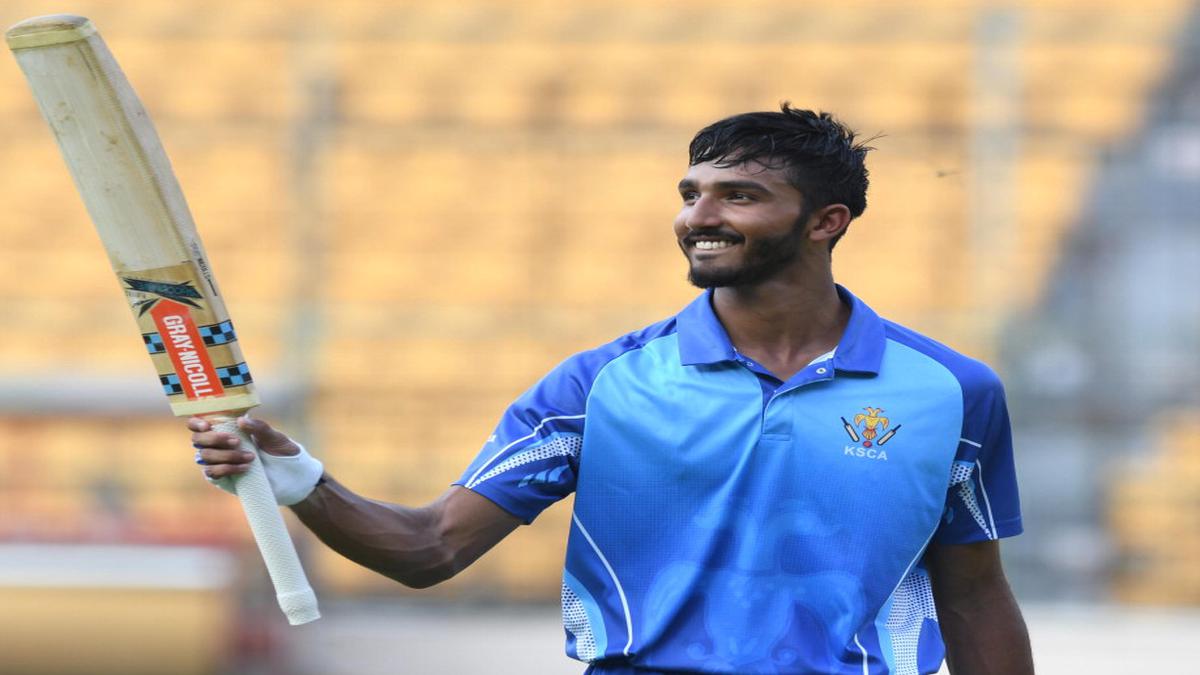 Much before the result was formalized, Karnataka’s openers firmly shut the door on Kerala and paved the way for an 80-run win and a place in the semifinals of the Vijay Hazare (50-over) tournament at the Air Force Ground, Palam, here on Monday.


Medium pacer Ronit More (5/36) scalped three of the top four Kerala batsmen – Robin Uthappa (2), Rohan Kannumma (0) and a well-set Vathsal – to ensure the chase was never really on. Azharruddin tried to step up the scoring rate but was stumped in his attempt to have a go at Shreyas Gopal.

Earlier, Samarth and Padikkal dictated the course of the match without taking any undue risk. They maintained a very healthy run-rate by sending the ball across the ropes at regular intervals. Padikkal’s departure soon did not slow down Samarth. In fact, Karnataka moved
from 250 to 301 off just 5.5 overs, with Pandey joining the act


In the penultimate over, Samarth fell in trying to reach his double-century. He holed out at long on off medium pacer N. P. Basil and, four ball later, removed new-man K. Gowtham.

International Hockey Can Resume Only After COVID-19 Vaccine Is Developed: FIH