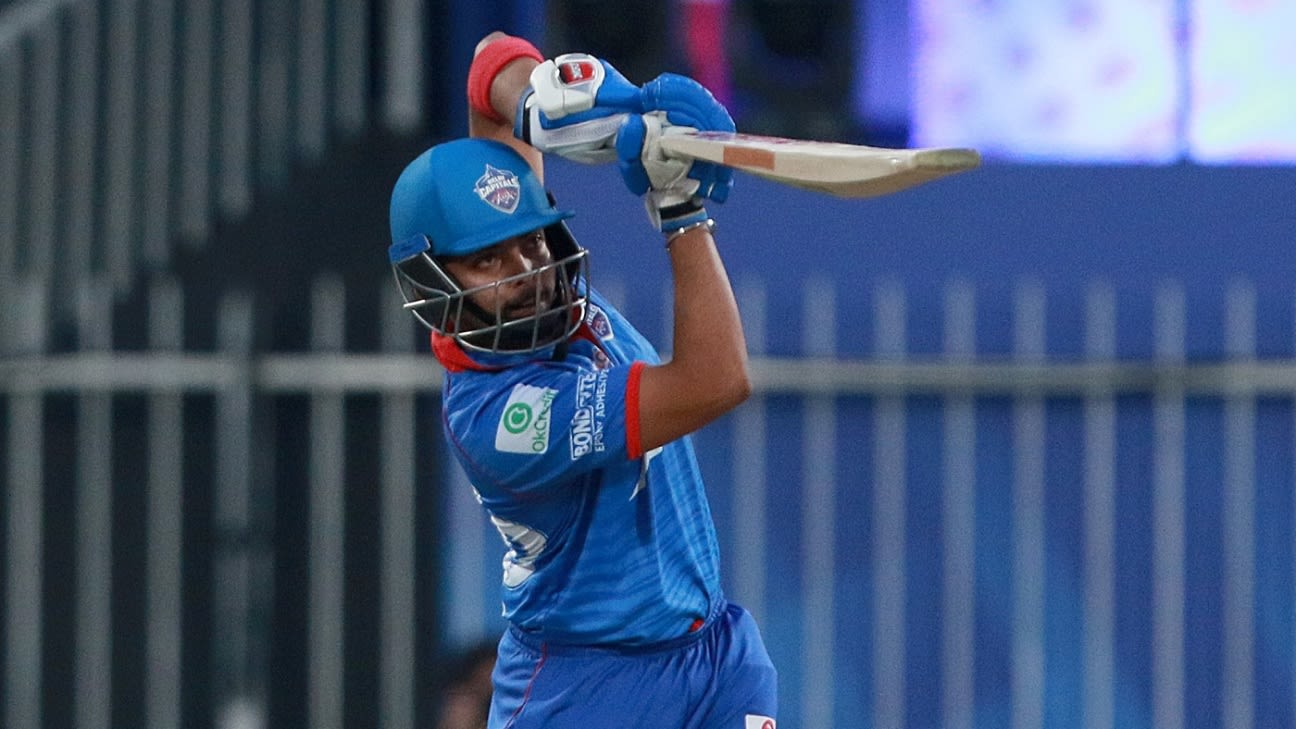 Prithvi Shaw nearly pulled off the unprecedented feat of two double-hundreds in a one-day competition, as Mumbai continued their dominant run in the Vijay Hazare Trophy with a nine-wicket win against Saurashtra in the quarterfinal. Shaw ended with 185 not out off 123 balls as Mumbai made light work of a 285 target.

In Tuesday’s other quarterfinal, Uttar Pradesh beat Delhi by 46 runs, having rallied from a top order wobble.

Mumbai will now face Karnataka in a high-voltage semifinal, while Uttar Pradesh will take on Gujarat – both games scheduled for March 11.

Shaw, who had smashed 227* against Puducherry in the league stages, was on course for a second double hundred in two weeks, but Saurashtra’s total proved too few.

Shaw ended with 21 fours and seven sixes, having set a blistering pace from the start. He got to fifty off 29 balls, and reached his century in 67 balls. An even 100 balls took him past 150, and by then, the target had dwindled considerably. Although Shaw still ended up scoring a majority of the runs required, there weren’t enough to get for his double-century.

The only wicket Mumbai lost was of Yashasvi Jaiswal, who made a comparatively sedate 75 off 104 in an opening stand that yielded 238 runs in 34.5 overs. It did mark something of a return to form for Jaiswal, who had gone the entire Syed Mushtaq Ali Trophy and the Vijay Hazare Trophy league stage without crossing 40.

The day belonged to Shaw though. Recently appointed Mumbai’s captain after Shreyas Iyer had to leave to join the Indian limited-overs team, he continued to revel in the responsibility. His assault meant that even though Saurashtra put up a sizeable 284 for 5, Mumbai reeled in the target in just 41.5 overs.

Saurashtra had chosen to bat first, and made steady progress until an unbroken sixth-wicket stand gave them a fillip. The top order couldn’t force the pace enough, and when Vishvaraj Jadeja fell for a 69-ball 53, the score was a humdrum 155 for 5 in the 37th over. But then Samarth Vyas and Chirag Jani got together for a 129-run stand in just 13.2 overs that gave Saurashtra what looked like a competitive total – until Shaw got going.

Karan Sharma, the captain, and Upendra Yadav, the wicketkeeper, were at the forefront of UP’s commanding win against Delhi.

Upendra hit his first List A hundred, a brilliant 112 off 101 balls from No.6, having walked in with UP 66 for 4 in the 17th over. He stayed till the 49th over, sharing two crucial partnerships, with Sharma, and then with Sameer Choudhary.

Sharma, 22, in his debut season in senior cricket, also made his highest List A score in his maiden half-century, hitting 83 of 100 balls. He had stayed through a top order wobble as UP lost wickets quickly and the run-rate hovered around four per over. The partnership between the captain and the wicketkeeper though, changed things around for UP. The two put on 129 runs in 133 balls, getting the innings back on track.

Upendra and Sharma were both brisk from the start, which helped UP recover seamlessly after Delhi’s early strikes. Sharma fell in the 39th over, but by then Upendra was well set and batting on 71. Choudhary joined him for a quickfire partnership that pushed UP from being on track for a competitive total to a sizeable one.

Delhi also had a rickety start, but unlike UP, they couldn’t stage a middle-order rally. They lost five wickets inside the first 20 overs, and were 78 for 5 before Lalit Yadav and Anuj Rawat got together. Rawat was coming off a match-winning 95* in the pre-quarterfinal against Uttarakhand, and for a while it looked like Delhi could do a come-from-behind act again.

However, a 104-run stand was broken when Lalit fell to Shivam Mavi for 61, and when Rawat was castled by Yash Dayal three overs later for 47, Delhi’s chances faded. Captain Pradeep Sangwan, who had also hit a blazing half-century against Uttarakhand, did connect his bat well with a few, but a mounting asking rate meant he holed out at the end of the 45th over, and Delhi’s chase petered out after that, and they were bowled out for 234 in 48.1 overs.

Dayal was the most successful bowler for UP with 3 for 53. Shivam Mavi took 1 for 31 in 8.2 overs, having had to be taken off the attack at the start of the 45th over after delivering two beamers.