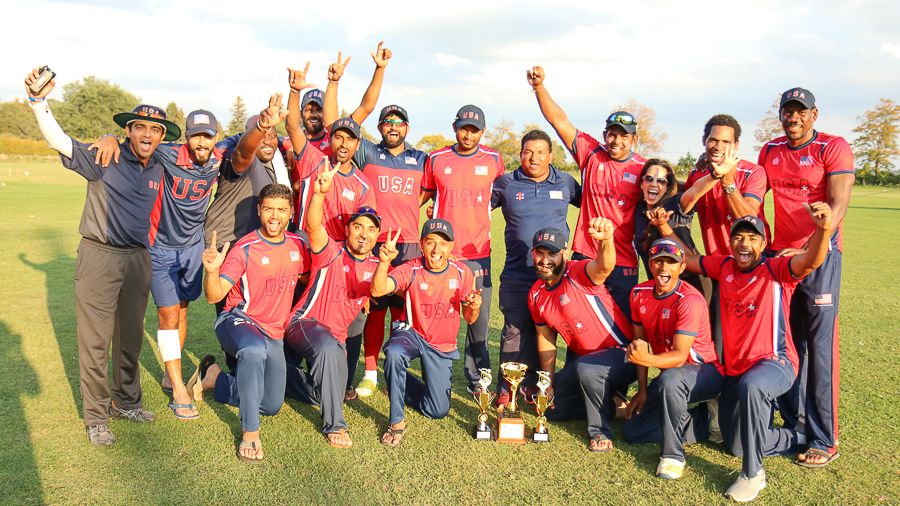 The Auty Cup featuring USA and Canada, the oldest rivalry in cricket dating back to the first international match played in New York in September 1844, is set to resume later this year after a four-year hiatus. The tournament will be contested as a three-match 50-over series between July 26 and 30 in Canada, with a venue to be determined pending clearance from Canadian health authorities.

Under current Covid-19 government regulations, all professional sports teams in North American pro-sports leagues have been barred from crossing the USA-Canada border during the regular season due to Canada’s strict quarantine guidelines. It has meant the NBA’s Toronto Raptors have used Tampa, Florida as a temporary site for all their home games during the 2020-21 season.

Major League Baseball’s Toronto Blue Jays played all of their 2020 home games in Buffalo, New York due to the border restrictions and are expected to start the 2021 season playing home games at their spring training complex in Dunedin, Florida before continuing to play home games in New York during the summer months until they receive clearance to play in Toronto. The NHL has also realigned their divisions for the 2020-21 season so that all seven Canadian franchises are in the same division, meaning they would not need to travel across the US border until the Stanley Cup Playoffs.

Canada was due to host the opening round of the T20 World Cup Regional Qualifying in the summer of 2020 before the tournament was postponed due to the pandemic. That qualifying event for the 2022 T20 World Cup has since been rescheduled for July 17-23 in Toronto, followed by the Auty Cup starting three days later.

However, the ability to stage the events in Canada is up in the air due to the ongoing government regulations, which include a mandatory 14-day quarantine upon entry including the first three days at a government-approved hotel facility at a minimum cost of $1000, going up as high as $2000 for those three days depending on the hotel.

In February, the city of Toronto also announced a ban on all outdoor live events through July. According to Reuters, the announcement does not include professional sporting events, which need permission from provincial and federal governments in addition to Toronto Public Health.

Canada has not hosted men’s international cricket outside of the greater Toronto area – Canada’s main home ground in recent years is at King City located 50 kilometers north of downtown Toronto – for the last 30 years. The previous men’s fixture held outside Ontario was the Auty Cup contest between USA and Canada in 1991, which was played at Riley Park, a ground with an artificial wicket in Calgary.

USA are the current holders of the Auty Cup, having claimed a three-match 50-over series by a 2-1 margin when it was last played at King City, Ontario in 2017. Prior to that, USA had not defeated Canada in the cross-border rivalry bilateral series since 1991, though the series had been played intermittently during that stretch as it was beset by various time gaps – including a 16-year absence from 1995 to 2011 – and changes in format shifting between multi-day matches and limited-overs contests.