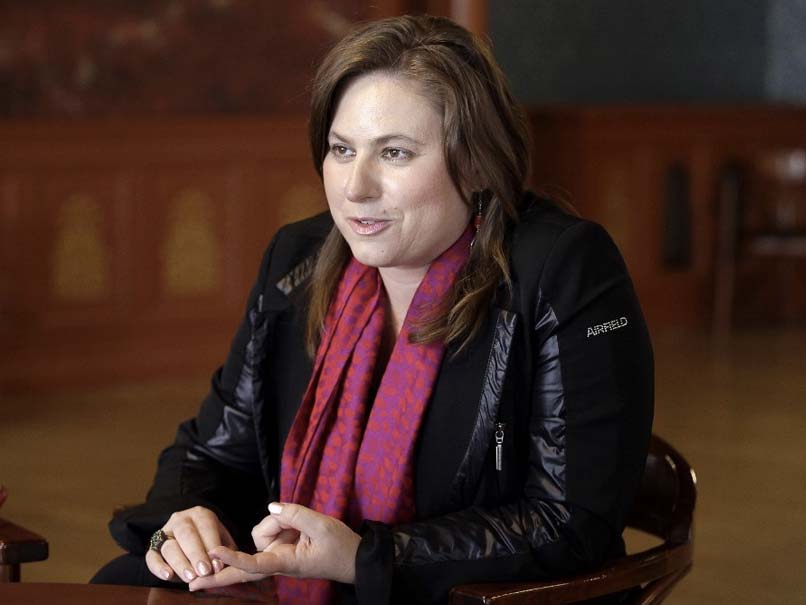 
Watching the hit Netflix show “The Queen’s Gambit“ sparked deja-vu for Hungarian chess great Judit Polgar, regarded as the game’s best-ever female player. Like the show’s fictional heroine Beth, an orphaned chess prodigy, Polgar tackled not just opponents across the board but gender stereotypes in the male-dominated sport.

“I played all my life with male competitors, sometimes I was the only female player at a tournament,” she told AFP in an interview.

“The first grandmaster I beat was hitting his head in the elevator after the game, another defeated opponent refused to shake hands and stormed away from the board,” said Polgar.

Similar to “The Queen’s Gambit” finale in which Beth overcomes Russian powerhouse Vasily Borgov, Polgar had her own tussle with Russia’s Garry Kasparov, widely considered the finest player in history.

At the 1988 Chess Olympiad, Judit, then aged 12, and her older sisters Susan and Sofia helped Hungary win the women’s gold, impressing the onlooking Kasparov, who was world champion at the time.

But Kasparov, who had previously called Polgar a “circus puppet” and said women chess players should stick to having children, dismissed the idea of a woman ever beating the world’s number one.

“Women are not capable of handling that kind of pressure, so I’m almost sure it’s impossible,” he told Hungarian journalists then, according to Polgar.

Fourteen years later, however, the Hungarian got her revenge, beating Kasparov in Moscow in what she called a “historic moment”.

“I had a deja-vu feeling when watching Beth sitting opposite Borgov, tense and afraid, thinking that perhaps she could not handle it, this is what I felt against Kasparov,” she told AFP.

Long since reconciled with Kasparov — who was a technical adviser on “The Queen’s Gambit” — Polgar said she particularly enjoyed the show’s “attention to detail” although she considered some aspects of it “unrealistic”.

Beth’s struggles with addictions to pills and alcohol, “would make it near impossible to reach the top in modern chess,” while sexism is more rife in chess than was depicted on screen, said Polgar.

“Girls for sure are going to be handling many more gender-based comments and nasty looks than Beth received,” she said.

“Usually I didn’t have very ugly situations, but there were times when they said: ‘OK, she was just lucky,’ so I had to prove myself more than if I were a boy,” she added.

Polgar remembers her crowning achievement as finishing second in a prestigious tournament in the Netherlands in 2002, ahead of then world champion Vladimir Kramnik of Russia.

“That was the tournament of my life, to prove how good I can be,” she said.

By the time Polgar retired from competition in 2014 to focus on raising her family, the Hungarian had reigned for 25 years at the top of the women’s rankings and reached a peak of eighth in the overall rating.

But she says her aim was never to become the best female player in the world.

“If I had wanted just that I probably would not have stayed at number one as long as I did, my goal was going further, and being top female player was just a milestone on the way,” she said.

According to Polgar, some 40,000 Hungarian kids in some 500 schools are involved in her Chess Palace programme yearly — which she said lays no stress on gender.

“I fight for the girls by not making differences between the boys and girls,” she said.

And Polgar already sees that buzz around “The Queen’s Gambit” is creating higher female involvement in the game.

“Parents will be influenced for sure, I hear it everywhere from bookstores to toy stores to playing sites that there are many more girls learning the game now”.