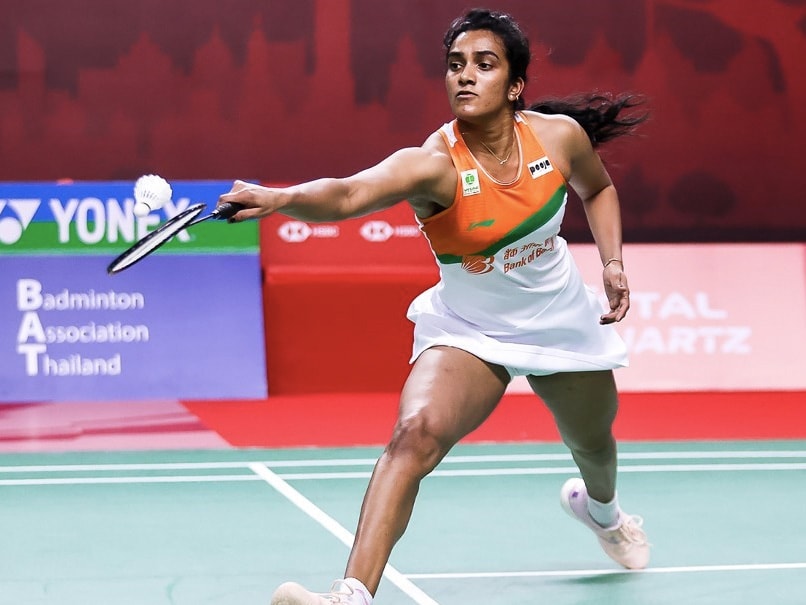 Thailand Open: PV Sindhu Crashes Out After Losing To Ratchanok Intanon In Quarterfinals


Error-prone V Sindhu suffered a demoralising defeat in the quarterfinals while Sameer Verma’s gallant fight too ended in agony at the Toyota Thailand Open in Bangkok on Friday. However, Satwiksairaj Rankireddy claimed twin wins in mixed and men’s doubles quarterfinals along with Ashwini Ponnappa and Chirag Shetty to keep India’s flag fluttering at the BWF World Tour Super 1000 tournament in Bangkok.

Sindhu looked a pale shadow of the player who had won the world championship gold in 2019 as she committed too many unforced errors to go down 13-21 9-21 against home favourite Ratchanok Inthanon.

“I made a lot of unforced errors and I think that I gave away easy points. I didn’t play my best today. It wasn’t my day,” a crestfallen Sindhu said.

In men’s singles, Sameer’s giant-killing run also came to an end after he squandered a match point to go down 13-21 21-19 20-22 to world no. 3 Anders Antonsen of Denmark in a quarterfinal contest.

With the defeat of Sindhu and Sameer, Indian challenge in singles competition ended in the tournament.

The doubles players, however, gave fans something to cheer as Satwik and Ashwini upstaged world no. 6 pair of Peng Soon Chan and Liu Ying Goh of Malaysia 18-21 24-22 22-20 after toiling hard for one hour and 15 minutes.

“We have played them three times. We have won twice and lost once. We were confident. We knew our main strength would be our attack. They were under pressure. We kept fighting. We had our chances and never messed up,” Satwik said.

Earlier Sindhu, a medal contender at the Tokyo Olympics, looked awfully out of form as she was all at sea against Ratchanok, a former world champion.

“Some of my lifts were going out and going out of control. I was hitting with so much power sometimes. I should have controlled things a lot more. If I had won the first game, I think things would have been comparatively different,” she said.

Ratchanok, who had lost to Sindhu in their last three meetings, came out with a positive intent and eked out a three-point lead early on even as Sindhu failed to control the length, hitting long and wide.

The Thai soon grabbed a four-point advantage at the first-game interval with Sindhu failing to control her shots. The Indian looked to force the pace after the break and caught up at 13-13.

However, it was a one-way traffic after that as Ratchanok blew the Indian away with eight straight points to pocket the opening game.

The change of sides didn’t bring any change of fortunes for Sindhu as she trailed 1-7 at one stage before going into the break seven points behind her rival.

After the breather, Ratchanok eased to 19-7 before grabbing a massive 12 match point advantage. The Thai missed a point due to a misjudgement at the backline before sealing the match with another precise return.

In the other singles match, a tentative Sameer was left to do the catch up act in the opening game as Antonsen zoomed to 5-0 before grabbing a six-point advantage at the break.

He soon took the opening game when the Indian went wide again. Lagging 1-5, Sameer managed to claw back with four straight points in the second game.

A brilliant cross court net shot helped the Indian to keep it 7-7 but Antonsen held a slender one-point lead at the break.

Sameer kept breathing down his neck and grabbed a game point with an onrushing return. He roared back into the contest when Antenson faltered at the net.

In the decider, the duo was 5-5 at one stage before Sameer moved to three-point advantage at the interval.

Antonsen drew parity at 13-13 after Sameer erred twice at the net. In a battle of nerves, Sameer grabbed the match point first with a deep return but found the net next as it was 20-all.

Antonsen then grabbed a match point with a precise return at the fore court and sealed the match with a similar shot.