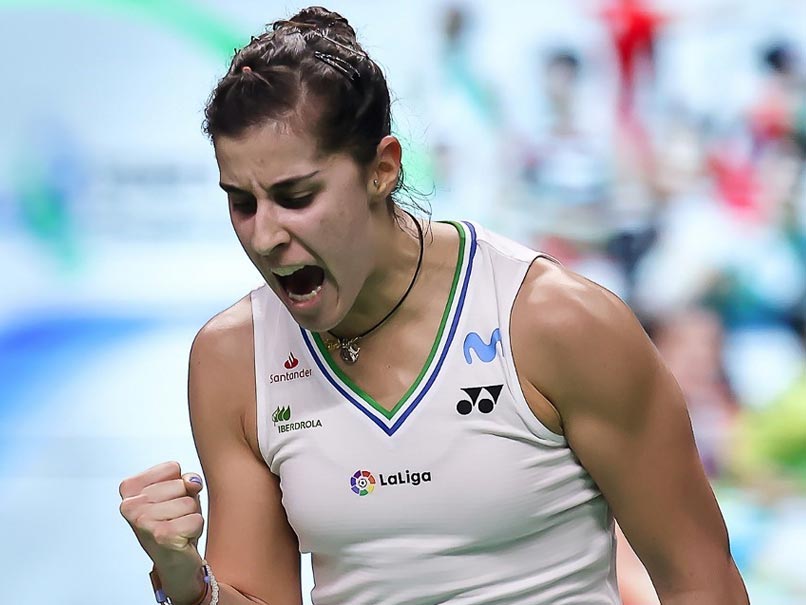 
Reigning Olympic champion Carolina Marin bolstered her chances of defending her title in Tokyo later this year after claiming the Thailand Open in Bangkok Sunday over top seed Tai Tzu-ying. Despite having a cold, fourth seed Viktor Axelsen of Denmark was electric in the men’s final against Hong Kong’s Angus Long, ranked eighth, claiming the title in straight sets. Spaniard Marin, 27, a former world number one, was an imposing force with razor-sharp smashes, clever net work and an unmatched level of aggression and agility.

She screamed in delight as she won match point in the second set after steam-rolling her 26-year-old opponent from Taiwan 21-9, 21-16 in 42 minutes.

“I wanted to show her from the beginning that I wanted to win,” Marin said.

Tai admitted she wasn’t able to keep pace and her condition wasn’t up to scratch.

“Carolina is always fast and aggressive. That is her playing style. Today she put a lot of pressure on me,” Tai said.

The first non-Asian women’s player to win an Olympic badminton gold, Marin has faced an uphill battle to recover from a January 2019 knee injury in time to defend her crown in Tokyo.

“I knew I had to be 110 per cent going into the final. And having not played for so long, really happy that I managed to win,” Axelsen said.

Long said he was surprised to have made it so far, despite the loss.

“This is the first tournament of 2021 and I certainly didn’t expect to make it to the final.”

It was back-to-back tournament wins for the Dane, 10 months apart, after claiming the All England Badminton Championship in mid-March.

The Thailand Open is the first of three consecutive tournaments in Bangkok culminating in the World Tour Finals from January 27.

The players have been facing off in a bio-secure bubble minus spectators, although the tournament has been overshadowed by three positive coronavirus cases.

The win marked a record fourth title in Thailand for Polii.

The second set was neck and neck with the home team going down 20-22, but the locals were too strong in the decider: 21-18.

The next tournament begins Tuesday.