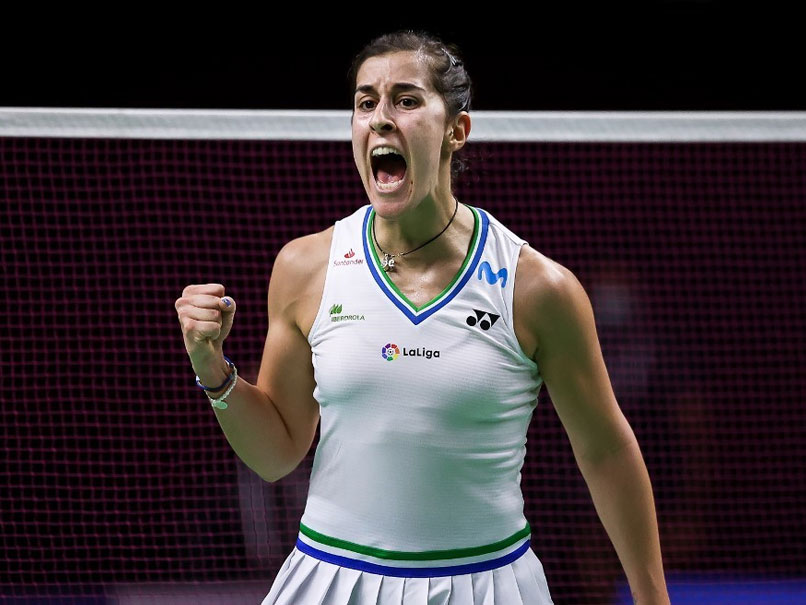 
Spain’s Carolina Marin and Viktor Axelsen from Denmark on Sunday claimed their second Thailand Open badminton singles titles in a fortnight. Axelsen was a commanding force against his compatriot Hans-Kristian Solberg Vittinghus in the men’s final in Bangkok. Marin, the reigning Olympic champion, smashed top seed Tai Tzu-ying for the second time in a fortnight. Thailand is hosting three consecutive badminton tournaments in a bio-secure coronavirus bubble, without spectators to guard against the coronavirus outbreak.

Marin, 27, went into Sunday’s final without losing a single game across the two tournaments.

In a much tighter contest than the first final last week, the Spaniard claimed the first game 21-19.

The Taiwanese 26-year-old appeared to lose her confidence early in the second set, as a dangerous Marin asserted her dominance.

Tai saved four match points but her comeback was too late as Marin sealed her victory 21-17.

“I said to myself and my team that for 2021 I was going to be a new player, with a new mindset with more focus on the game.”

“I couldn’t control myself from making unforced errors,” she said.

The first non-Asian woman to win an Olympic badminton gold, Marin has faced an uphill battle to recover from a January 2019 knee injury in time to defend her crown in Tokyo.

Vittinghus, ranked 42th, made the tournament from a reserves list and had to reschedule his flight home because he had not anticipated a finals berth.

Axelsen repeatedly sent Vittinghus diving for shots and appeared in control of most rallies.

The women’s doubles was an all Korean affair with sixth-ranked Kim So-yeong and Kong Hee-yong too strong against fourth-ranked Lee So-hee and Shin Seung-chan 21-18, 21-19.

In the men’s doubles, seventh-ranked Lee Yang and Wang Chi-Lin of Taiwan also made it back-to-back titles in 36 minutes against Malaysia’s ninth-ranked Aaron Chia and Soh Wooi Yik  21-13, 21-18.

Four people involved in the tournaments, including two players, have tested positive for the coronavirus during the past fortnight of competition.

The finale — the Badminton World Federation World Tour Finals — kicks off on Wednesday at the Impact Arena and will be contested by the top eight of each discipline.

Chinese and Japanese athletes have not participated in the Bangkok tournaments.