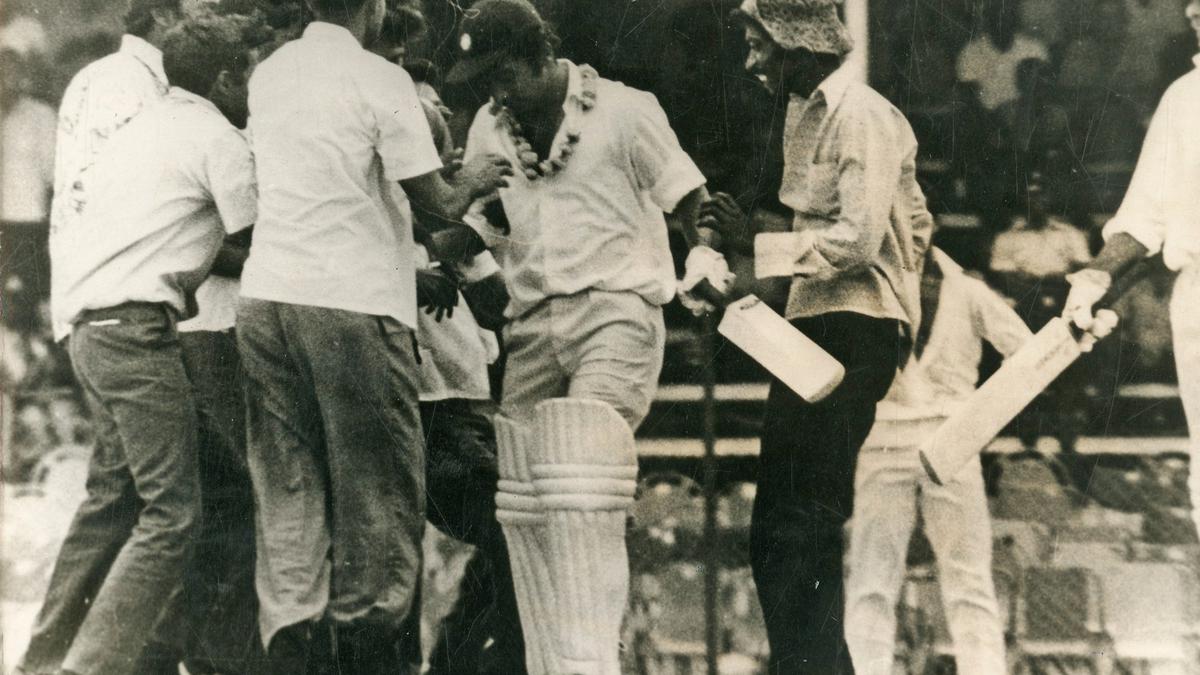 Sunil Gavaskar Test debut on this day 50 years ago – SportsDicted

With a twinkle in his eye, legendary opening batsman Sunil Gavaskar walks down memory lane on the 50th anniversary of his Test debut against the West Indies at Port of Spain on March 6, 1971.


Sunil Gavaskar: Blame the batting ability, or the lack of it, not the Ahmedabad pitch

What do you feel now, looking back at your career that started 50 years ago?

For two years after I made my debut for Bombay, as it was called then, I was out of the 14, not even in the 14. Nothing was given. I just feel very blessed, very fortunate to have been able to represent India, because in a country of millions, to be in the 15-16 and then in the final XI is a rare privilege; it’s a rare honour. I was very blessed and very fortunate to have been able to do so.

You missed the first Test due to a well-documented tooth infection. Do you remember when were you told that you would be in the XI in Port of Spain?

I was told on the eve of the match that I would be playing. My form leading up to that – after the first Test, there were three first-class games – was good, so clearly I knew that with the form I was in and the fact that they were looking for another opener that I had a chance to play. Then, of course, my captain Ajit Wadekar – my captain both at Mumbai as well as for India – said that I was going to make my debut the next day. That particular evening was very special. I was excited, elated, nervous, anxious because we were playing against Sir Garfield Sobers’ team. All those emotions were running through my mind, but luckily we fielded first and I got the opportunity to wear my cap. At that stage, I used to bat bareheaded; that’s what I had gotten used to from the school level. The fact that I got to wear my India cap when we fielded was a big moment. “At that stage, I used to bat bareheaded; that’s what I had gotten used to from the school level,” says Sunil Gavaskar about his Test debut.   –  THE HINDU ARCHIVES


Happy to see the crowd, but safety is paramount


You played a key role with the bat, scoring 65 in the first innings and an unbeaten 67 in the chase. Can you recall one or two vivid moments from the match that has stayed with you all these years?

One vivid memory that has always been there has been the fact that Salim Durani got Clive Lloyd caught at short midwicket by Wadekar. In fact, Salim uncle, as I call him, insisted on being given the ball by Wadekar. He said, “Mujhe de do, mujhe de do (Give me the ball).” And sure enough, he got the wicket of Lloyd and the next ball he clean-bowled Sir Garfield Sobers in the West Indies’ second innings. The game turned around from there because both these great batsmen would have taken the game away from us.

Once the primary objective of playing for India had been achieved, did you at any point during that game set a target for yourself?

No. Look, my career had gone step by step at the school and university level, but at the first-class level, I played for Mumbai but I didn’t play for West Zone in the Duleep Trophy because the selection committee didn’t pick me. Then I was picked straight into the Indian team. I had missed that one step, so I was just a little bit nervous. To be honest, all I wanted at that stage was not to look like a fool on the cricket field at the Test level. That’s all I wanted.