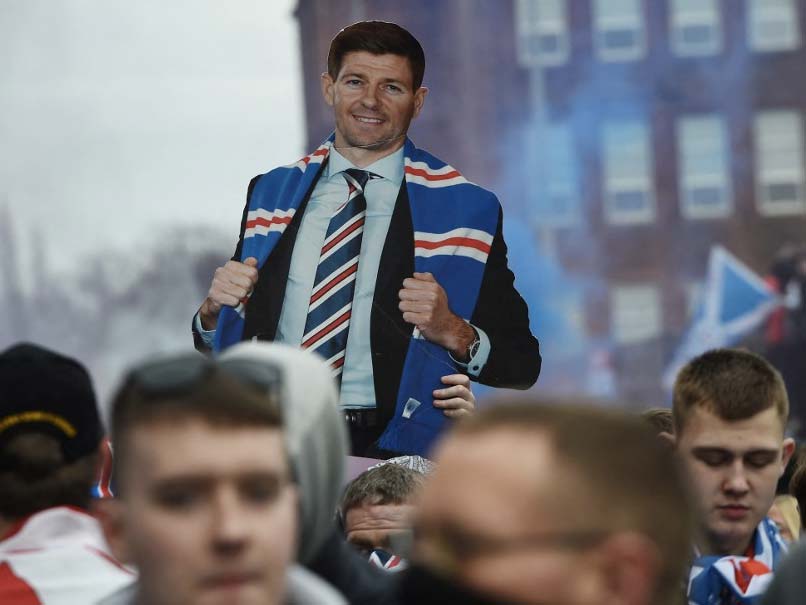 
Rangers have waited 10 years to get back to the top of Scottish football and Steven Gerrard his whole career for a league title, but the time has finally come for the blue side of Glasgow divide. Celtic’s latest stumble at Dundee United on Sunday sealed what has been known for many months, that runaway leaders Rangers were not going to be caught as they stopped the Hoops from setting a new record of 10 consecutive Scottish league titles.

While both sides of the Old Firm divide have had their periods in the wilderness as the other won nine-in-a-row before, neither had previously plunged the depths Rangers have over the past decade.

Relegated to the fourth-tier of Scottish football after going into liquidation in 2012, it took Rangers four years to get back to the top flight.

Even on their return to the Premiership, they were ill-equipped to compete with a Celtic side that won 12 domestic trophies in a row between 2016 and 2020.

Gerrard was the first Rangers manager to be given a third season to prove himself after failing to win a trophy in his first two.

“It’s been a long journey over the three years. There has been some real lows in there,” said Gerrard after Saturday’s 3-0 win over St Mirren opened up a 21-point lead at the top of the table.

“We’ve played with maturity and control throughout the season. What we’ve seen is a team that is now in a place that can play with maturity, control and style.

That patience has more than been rewarded as the Gers have romped to the title without losing a game, but it had also been earned.

Celtic may have prevailed in the previous two seasons, but the signs were there that there was substance to go with the star dust of Rangers appointing the former Liverpool and England captain.

Gerrard delivered two league wins over Celtic in his first season, Rangers’ first since 2011, then in his second won at Celtic Park for the first time in a decade.

However, it was the mark he was making on European football that proved an even better barometer of Gerrard’s tactical nous.

After being embarassed by Progres Niederkorn in the Europa League first qualifying round the season before Gerrard arrived, Rangers find themselves in the last 16 of that competition for the second consecutive season.

For all their domestic silverware and a huge financial advantage over the rest of Scottish football in the past 10 years, Celtic’s last victory in a knockout tie of European competition came in 2004.

Gerrard’s European record was built on an organised defence that could quickly spring to counter-attack dangerously.

In his first two seasons, having to be the protagonists with the ball against the rest of Scottish football would often prove Rangers’ undoing.

A shock 1-0 home defeat to Hamilton shortly before Scottish football shutdown due to the coronanvirus pandemic a year ago was a case in point.

Many fans that night at Ibrox turned on Gerrard and did not believe he could take Rangers any further. However, a five-month break as the 2019/20 Scottish season never restarted allowed the 40-year-old to reflect and come back with the perfect blend between attack and defence.

Domestically, Rangers have conceded an incredible nine goals in 32 league games. In Europe, they went on the front foot to beat Royal Antwerp 9-5 on aggregate in the last 32 of the Europa League.

The use of a narrow front three and flying full-backs to provide width has earned comparisons with the style used by Jurgen Klopp to turn Liverpool into title winners after a 30-year wait.

Gerrard never got his Premier League winner’s medal at Anfield as a player, but his achievements in handling the Glasgow goldfish bowl have already seen him strongly linked with a return to Liverpool once Klopp moves on.

That time will surely come. For now, Gerrard has earned himself a hero status in one half of Glasgow to match what he experienced as a local legend on Merseyside.