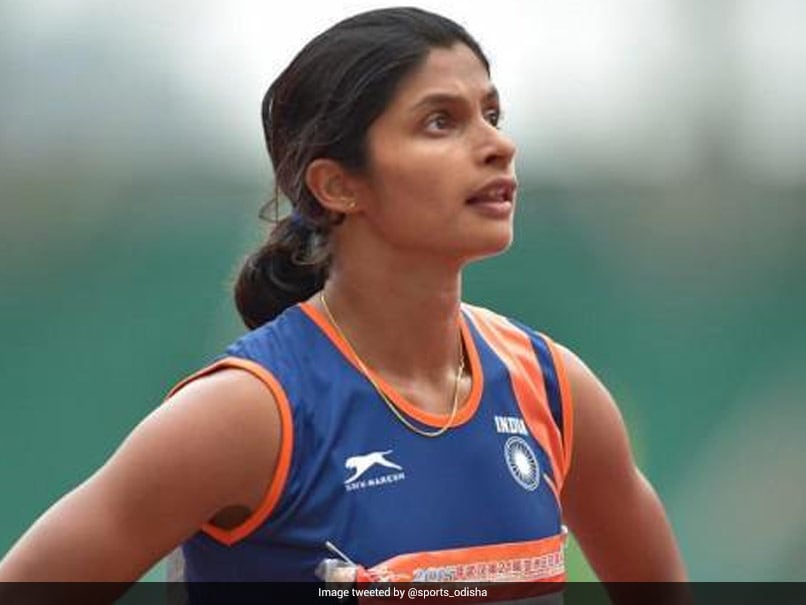 
Ace sprinter Srabani Nanda has not been a regular in the Indian athletics team for a while now but she is leaving no stone unturned to make a second Olympic appearance, spending whatever she has to train in far off Jamaica amid a raging pandemic. The 29-year-old Nanda became the first Indian track-and-field athlete to participate in a competition amid the COVID-19 pandemic, running the 100m race at the Velocity Fest meeting in Kingston earlier this week. She has been based in Jamaica since the beginning of the year and is counts herself fortunate to have employers, who gave her the freedom to train with full salary.

“I work with Hydropower Corporation of Odisha government, they give me salary and support to train full-time. Whatever is the (financial) gap, I manage myself and friends also help me,” she told PTI from Jamaica.

“I am here from the beginning of this season. I do train sometimes and compete sometimes. I chose to train at a better place no matter the struggles I have to face,” said Nanda, who has been taking part in athletic meets in Jamaica since 2017.

Representing the MVP Track club, she won heat two in 11.78 seconds for a third-place finish overall in the meet which also featured the likes of reigning Olympic champion Elaine Thompson and sprint great Shelly-Ann Fraser-Pryce.

Nanda’s last international medal — a bronze in 4x100m relay — came from the Asian Athletics Championships in 2017 held at the Kalinga Stadium in Bhubaneswar.

Since then, she has not been a part of the Indian team, which competed in top meets like the Asian and World Championships in 2019.

She is, however, hopeful of making the cut for Tokyo Olympics, which will not been an easy task with the qualifying timings in both the 100m and 200m events (11.15sec and 22.80sec respectively) being well above her personal best.

“Right now I am training for both (100m and 200m). I am confident about both the events. I focus on myself and to do well is my priority. I have to be confident with hope,” she said when asked whether she truly sees herself making the cut for the Olympics next year.

Asked if competing in the middle of a pandemic was disconcerting, Nanda said she did not feel anything special.

“Now everywhere people are competing according to situations. Yes, we do maintain social distancing, it is compulsory and spectators are not allowed in the stadium when we raced,” she said.

Jamaica is one of the least COVID-19 affected countries in the world with just 116 active cases at present (837 total cases with 711 already recovered).

Asked about competing along with some of the world’s best sprinters like Thomson and Fraser-Pryce, she said, “Elaine Thomson is in my club MVP Track Club and all of them are good. It is a huge experience and I am learning a lot.”

Asked if she will return to India to take part in the domestic events planned later this year, Nanda said, “I am not sure about anything in this situation. My coach will decide, it depends on the situation. The Athletics Federation of India has tentatively fixed September 12 as the start date for the domestic season.”