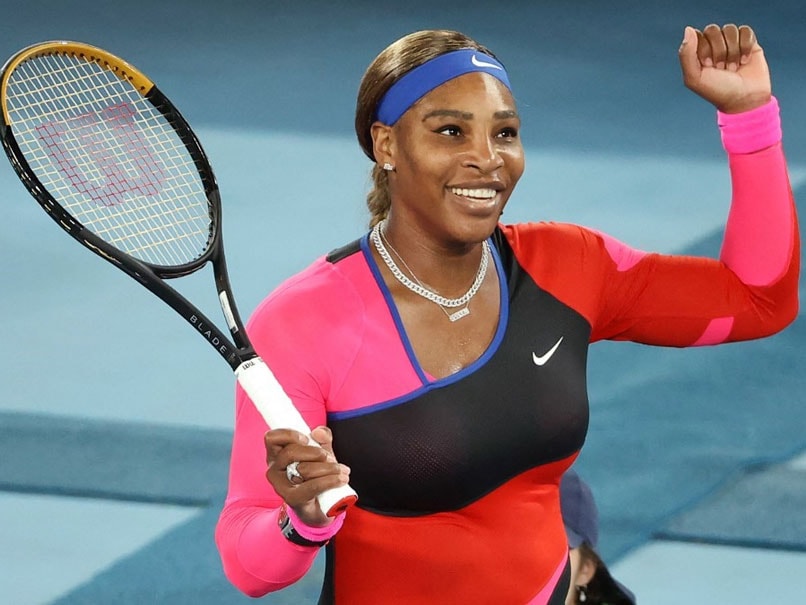 
Serena Williams blasted past Simona Halep to set up an Australian Open semi-final showdown with Naomi Osaka on Tuesday, as Russian qualifier Aslan Karatsev extended his fairytale run. Williams took a step towards a record-equalling 24th Grand Slam title with a 6-3, 6-3 dismantling of second seed Halep, the American’s nemesis in the 2019 Wimbledon final. Williams, 39, said her level was improving ahead of her meeting with Japan’s Osaka, who came out on top in their tempestuous 2018 US Open title match.

“Definitely think this is the best match I have played this tournament, for sure,” said the 10th seed.

“Obviously I had to, going up against the number two in the world, so I knew I had to do better.”

Their semi-final promises much after Osaka, the reigning US Open champion, looked in great touch in her 6-2, 6-2 win over Taiwan’s Hsieh Su-wei.

Displaying great focus against the awkward Hsieh, ranked 71 and playing her first Slam quarter-final aged 35, Osaka hit 24 winners and was detained on Rod Laver Arena for only 66 minutes.

“I told myself just to be really intense from the beginning,” said the Japanese star, the reigning US Open champion.

“I felt like I knew what to expect and that I couldn’t afford to be lazy with my footwork or anything.”

The 27-year-old has knocked out three seeds on his run to the last four, where he will face world number one Novak Djokovic or US Open finalist Alexander Zverev.

“It’s an unbelievable feeling,” said Karatsev, whose career so far has been badly compromised by injury.

“It was tough at the beginning for me to hold my nerves, but I tried to find a way to play.”

Karatsev becomes only the second qualifier to reach the Australian Open semi-finals after Bob Giltinan in 1977.

He is also the lowest-ranked man to make the semis at a Slam since 125th-ranked Goran Ivanisevic at Wimbledon in 2001.

After a five-setter with Felix Auger-Aliassime in round four, Karatsev had an easier ride against Dimitrov who was wincing with pain from the third set.

The Bulgarian 18th seed, who was barely able to serve because of back spasms, took a medical timeout, but his movement was always hampered and he limped off the court after Karatsev’s win.

Later, eight-time champion Djokovic will test his powers of recovery against Zverev after sustaining an abdominal injury during his five-set win against Taylor Fritz on Friday.

The reigning title-holder was again made to work on Sunday by Milos Raonic, dropping another set, before reaching the quarter-finals for the 12th time.

Djokovic showed fewer signs of pain against Raonic, but still grimaced after stretching for some shots and admitted afterwards that he was risking an extended period on the sidelines by playing on.

“I mean, it’s kind of a gamble, that’s what the medical team told me,” said Djokovic, who is chasing an 18th Grand Slam trophy in Melbourne.

It could be another long night for Djokovic, who beat sixth seed Zverev in a match that went the distance in the ATP Cup the week before the Australian Open.

“We played an exhausting match in the ATP Cup and I won’t expect anything less,” said the Serb, who has a 5-2 win-loss record against the German world number seven.