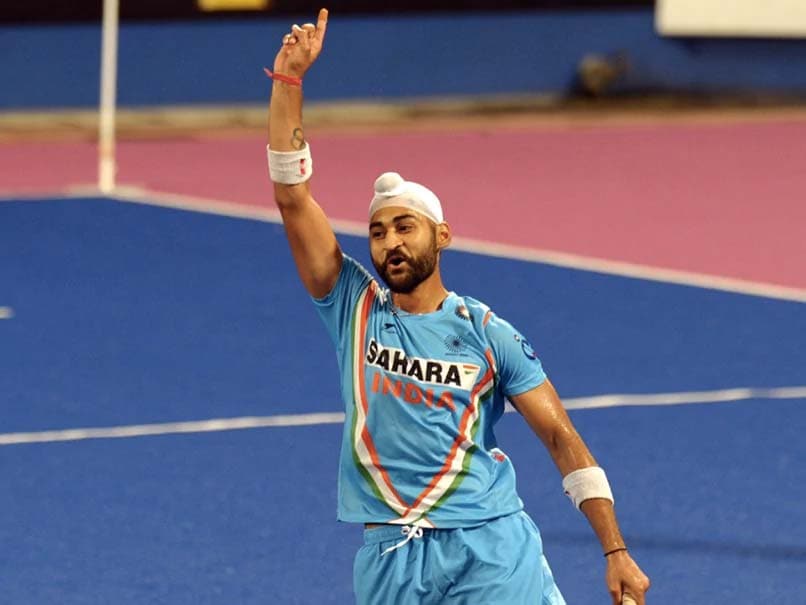 
India colts’ drag-flick sensation Mandeep Mor praised former hockey captain Sandeep Singh saying that the latter was his “biggest inspiration”. “I used to be thrilled to meet Sandeep Bhai in the Chandigarh Stadium. He was my hero, my biggest inspiration and I loved the way he scored through drag flicks. He would come to use the gym and train there. His words ”focus on your drag flicks, work hard and you will find glory” continues to motivate me,” Mor said in a statement.

Born in Narwana, a small hamlet in Jind district, Haryana, Mor’s association with hockey began when he went to watch his cousin brother, Pradeep Mor, train.

“When I watched Pardeep practice and saw other kids playing hockey, I thought it was a fun sport and decided to take the plunge,” Mor, who captained the Indian Junior Men’s Hockey Team at the Sultan of Johor Cup last year, said.

In 2010, Mor joined the Chandigarh Hockey Academy in Sector 42 which was home to several top Indian hockey players. It was during his days in Chandigarh that he would often get to meet and watch the likes of former India skipper Singh and experienced India drag-flicker Rupinder Pal Singh.

Selected to train in Sports Authority of India, Sonipat in 2014 after a notable performance in U-14 and U-17 National Championships, Mor made quick strides and received a call-up for Junior India National Camp in 2017.

“When I got to play in Sultan Azlan Shah Cup, I was under pressure because it was my first tournament with the Senior Team which also had Sardar Singh. But he was very reassuring and told me to focus on my basics and not to feel burdened by the pressure of playing for India on a big stage. The experience definitely helped me a lot and I will continue to work hard to earn Senior Team Jersey again,” he said.

With the Junior India National Coaching Camp ending in March, Mor is forced to do some basic workouts in his hometown where he is currently based. He awaits to return to National Camp in SAI, Bengaluru and refocus on his goals.

“During the lockdown, it was very difficult and I could not train at all but now we are able to come out of home and do some basic core workouts. Since the Senior Team was also training in SAI, Bengaluru, I would often chat-up with Harmanpreet and Varun who would give me some tips on drag flick. Chris Ciriello also watches us train and he has helped me pay more attention to my footwork among other basics. I hope we can return to camp soon,” Mor said.

“Something I Dreamt Of”: Novak Djokovic To NDTV On World No.1 Record