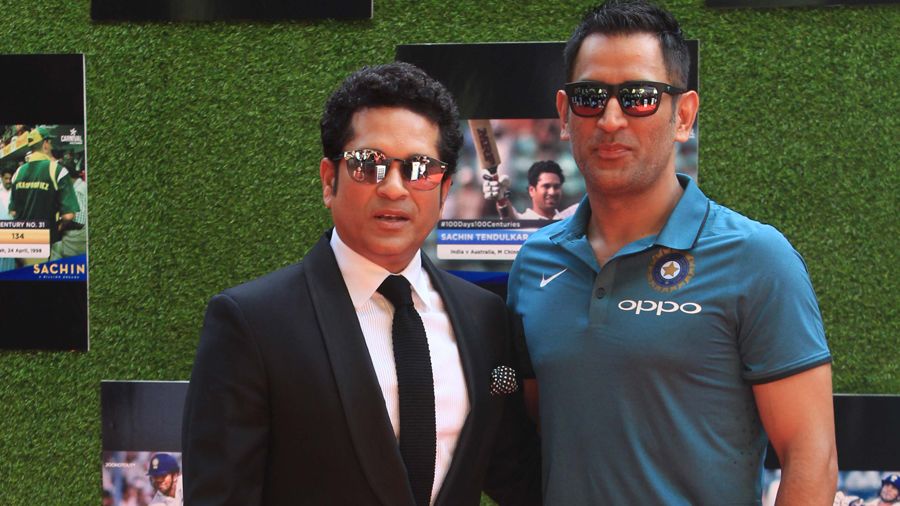 “I told Sachin that if both of you and Dravid do not want to lead the side, how will we go about things?”

Former BCCI president Sharad Pawar has said that Sachin Tendulkar had suggested MS Dhoni‘s name for India’s captaincy in 2007, when the board was running out of options. Pawar, who was the board chief from 2005 to 2008, said that India’s then captain Rahul Dravid approached him during the 2007 tour of England saying he “no longer wanted to lead India” and when Pawar asked Tendulkar to take over the reins, he declined as well.

“I remember India had gone to England in 2007,” Pawar was quoted as saying by ANI. “At that time, Rahul Dravid was the captain. I was there in England then and Dravid came to meet me. He told me how he no longer wanted to lead India. He told me how the captaincy was affecting his batting. He told me that he should be relieved from the captaincy. I then asked Sachin Tendulkar to lead the side, but he refused the role.

“I told Sachin that if both of you and Dravid do not want to lead the side, how will we go about things? Then Sachin told me that we have one more player in the country who could lead the side and his name is none other than MS Dhoni. After that, we gave the leadership to Dhoni.”

India’s captaincy had become a big talking point in 2007 after their shock exit from the ODI World Cup in the first round. Ganguly had already stepped down, and Dravid and Tendulkar were 34, which meant India would anyway need a younger player to lead the side in the long run.

The selectors first picked Dhoni as captain for the T20I series in South Africa – while Dravid was still leading in ODIs – in August that year before naming him captain for the inaugural T20 World Cup that India went on to win. ODI captaincy also followed naturally, and so did the leadership in Tests a year later after Anil Kumble stepped down.

With his inimitable captaincy style, Dhoni went on to achieve unprecedented success in all three formats: the T20 World Cup title aside, he sealed the 2011 ODI World Cup victory in the final with a six, lifted the Champions Trophy in 2013 in England, and led the team to the top of the ICC Test rankings for 18 months starting December 2009.

Thailand Open: PV Sindhu Crashes Out After Losing To Ratchanok Intanon In Quarterfinals