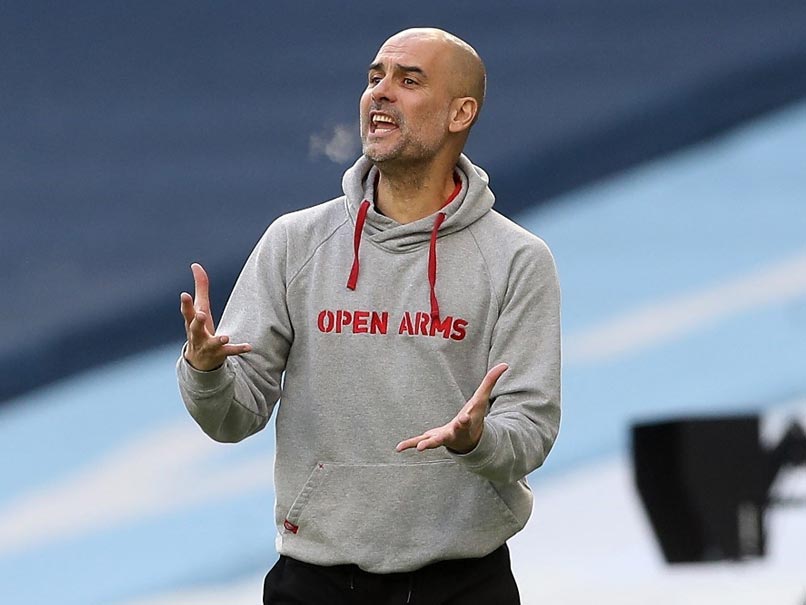 
Pep Guardiola has warned Manchester City’s rivals that the runaway Premier League leaders can get even better as they chase the quadruple. Guardiola’s side have set a record for an English top-flight club with a blistering streak of 20 successive wins in all competitions. City have a 12-point lead at the top of the Premier League ahead of Tuesday’s clash with Wolves at the Etihad Stadium. They are also in the League Cup final against Tottenham and remain in contention for the Champions League and FA Cup.

But, in an ominous message for the rest of Europe’s top teams, City boss Guardiola still sees room for improvement from his red-hot outfit.

“We know each other quite well and they know how demanding I am. We’ve had three sunny days in Manchester but we do not relax for one second,” Guardiola said.

“When every individual player can improve, the team will improve. That’s why always we can do better. That is the target.

“As much as we win and get results, we have to demand and be over the players and say we can do better.

“The moment when I feel that everyone is thinking the job is done, or how good it is, this guy is not going to play.

“I’m so intuitive to know exactly the guys who are not ready to continue what we have to do.”

Overall, City are unbeaten in 27 games stretching back to their league loss at Tottenham in November and can equal the club record if they extend it to 28 against Wolves.

It is an incredible run, especially since they were written off after dropping points in five of their opening eight league games.

Keen to keep his players’ feet on the ground, Guardiola insisted there is no room for complacency.

“The champion is Liverpool, we are not. To do it we still have to win eight, nine or 10 games and that’s a lot of games,” he said.

“There are incredible teams who have struggled for four or five games to win games. That can happen to us too.