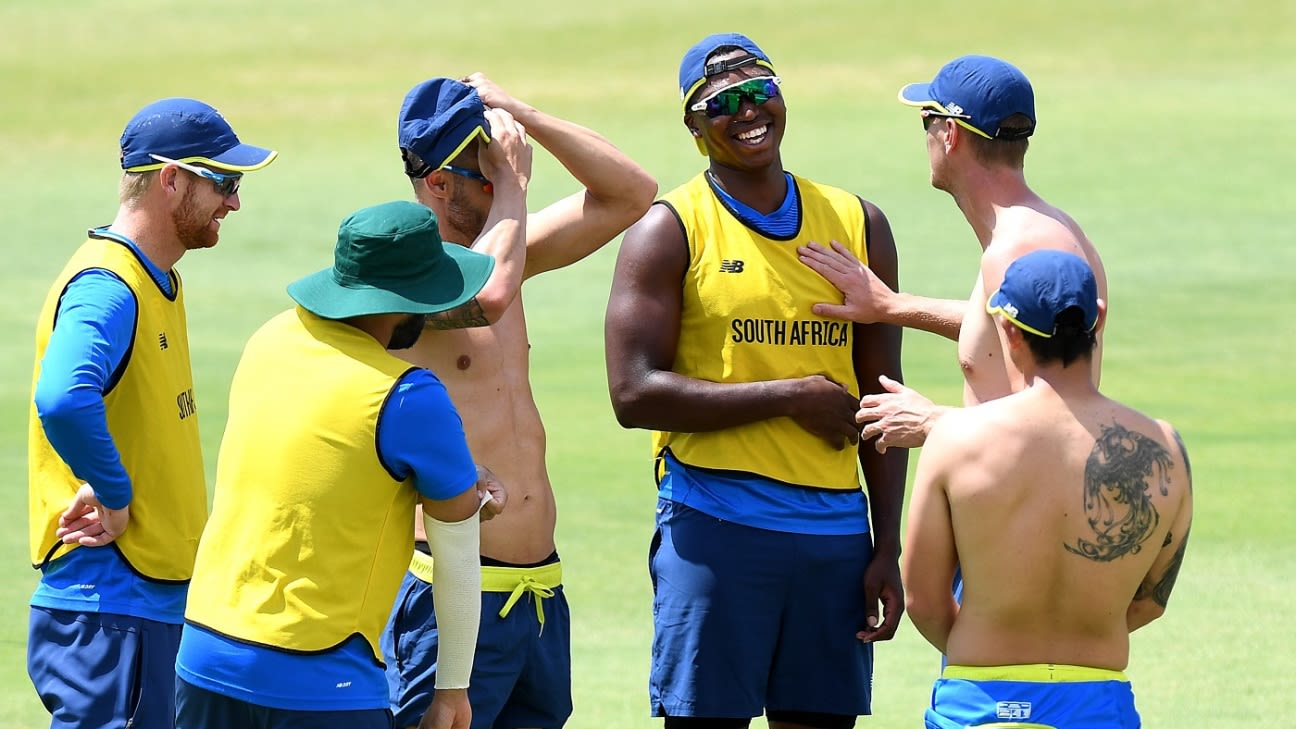 South Africa’s revamped two-tiered domestic structure will kick off in the 2021-22 summer with teams divided in two divisions for the first two seasons, after which there will be promotion and relegation. The system brings the curtain down on the franchise set-up that has been in place since 2004-05 and will lead to 75 cricketers and a yet-to-be-determined number of administrative and coaching staff losing their jobs.

The new structure is aimed both at cost-cutting, with CSA’s acting CEO Pholetsi Moseki acknowledging “in the long run we expect this to save CSA money”, and improving South Africa’s level of competitiveness in the international arena: “We believe a structure has been put in place that will give us cutting edge,” David Richardson, former ICC CEO who was used as a consultant by CSA in the restructuring process, said.

While the franchises were intended to provide an Australian-style strength-versus-strength structure, the South African men’s national team finds itself in a difficult stage of rebuilding and CSA has opted for a system that closer resembles the English or Indian domestic set-up, and provides more consistent opportunities at the top level for a greater number of players. “The Proteas men’s team generates over 80% of CSA’s revenue and we have to have a strong team. For that, we need a strong domestic competition,” Andrew Breetzke, South African Cricketers’ Association CEO, said.

The new structure eliminates the franchises and reverts to a provincial set-up, as was the case pre-2004, in two divisions. Eight teams will make up the first tier, with 16 contracted players each, and seven teams the second tier, with 11 contracted players each, taking the total to 205. Additionally, 15 to 20 national contracts would be awarded. CSA will provide the initial monetary injection for the provincial set-up but the plan is for the 15 teams to gain a degree of independence through their own marketing and by seeking sponsorships. “We hope this will allow the affiliates to commercialise themselves better,” Moleki said.

“A successful Border is imperative if cricket is to remain sustainable. There may be a case for CSA to look into targeted assistance to Border in the future but we also need Border to realise the future is in their hands”

Over the last few months, provinces had to submit bids to CSA to make a case to be considered for the top tier. Their bids were required to include everything from cricketing and financial operations and women’s and age-group development, to transformation policies and stadium infrastructure.

“The bidding process was conducted in parallel to various studies and consultations that involved all the affiliates. It was transparent, independent and fair,” Richardson said. “Mpumalanga decided not to submit a bid for the first tier at this stage. Then there were five or six provinces who stood out as having the stronger argument and a group of seven to ten others that were very close.”

One surprise, and two success stories

The big surprise in the initial groupings was the exclusion of Border from Division 1. Known as the hotbed of black African cricket, the union failed to impress CSA, but the board is hopeful that the East London-based union will work its way up.

“The evaluation committee have no doubt as to the potential of the Border Cricket region. There’s a cricket culture there. Black Africans have played cricket for a long time. They know cricket, they love cricket. A successful Border is imperative if cricket is to remain sustainable,” Richardson said. “There may be a case for CSA to look into targeted assistance to Border in the future but we also need Border to realise the future is in their hands. If they were a little bit closer to some of the other provinces from a strategic point of view, they may have been considered for division one but they were off the pace in the cricket and financial area.”

Apart from being strapped for cash, Border have had a difficult time in the field. Most recently, they were bowled out for 16 in 11.4 overs at the weekend – equalling the lowest score in South African first-class cricket – to lose by an innings and 179 runs to Kwa-Zulu Natal.

The two smaller teams, both in financial and geographic terms, that have earned the right to play in Division 1 are North-West and Boland. North-West’s bid succeeded thanks to their close affiliation to the university of the same name, which assists with player recruitment and development and because they “are well-administered and have developed their infrastructure tremendously”, according to Richardson. The union also successfully hosted the bio-secure bubble in which the franchise one-day cup was played this season.

Boland, where current Mzansi Super League champions, the Paarl Rocks, are based, impressed with their “tremendous fan base and a true cricket culture”, Richardson said. “They have a stadium of very good quality and their development pathways are excellent. And they produce results. They contribute players to the franchise system and their provincial team has consistently done well over the last four years.”

The next step in the restructuring process would be player and coach contracting. Once the national contract list is announced towards the end of the month, provincial teams can finalise their squads, which will clarify those who will continue to be part of the set-up and which players will be out of contract. SACA has already held consultations with all currently contracted players. “The work has already started. We need to manage the impact upon players and the impact is significant. It’s never nice to deal with players leaving the system,” Breetzke said.

Similarly, CSA will work with any coaches or administrative staff who are not retained in the new system. “There will be staff that may end up losing their employment. It is something that we promised we will provide support for,” Moseki said.