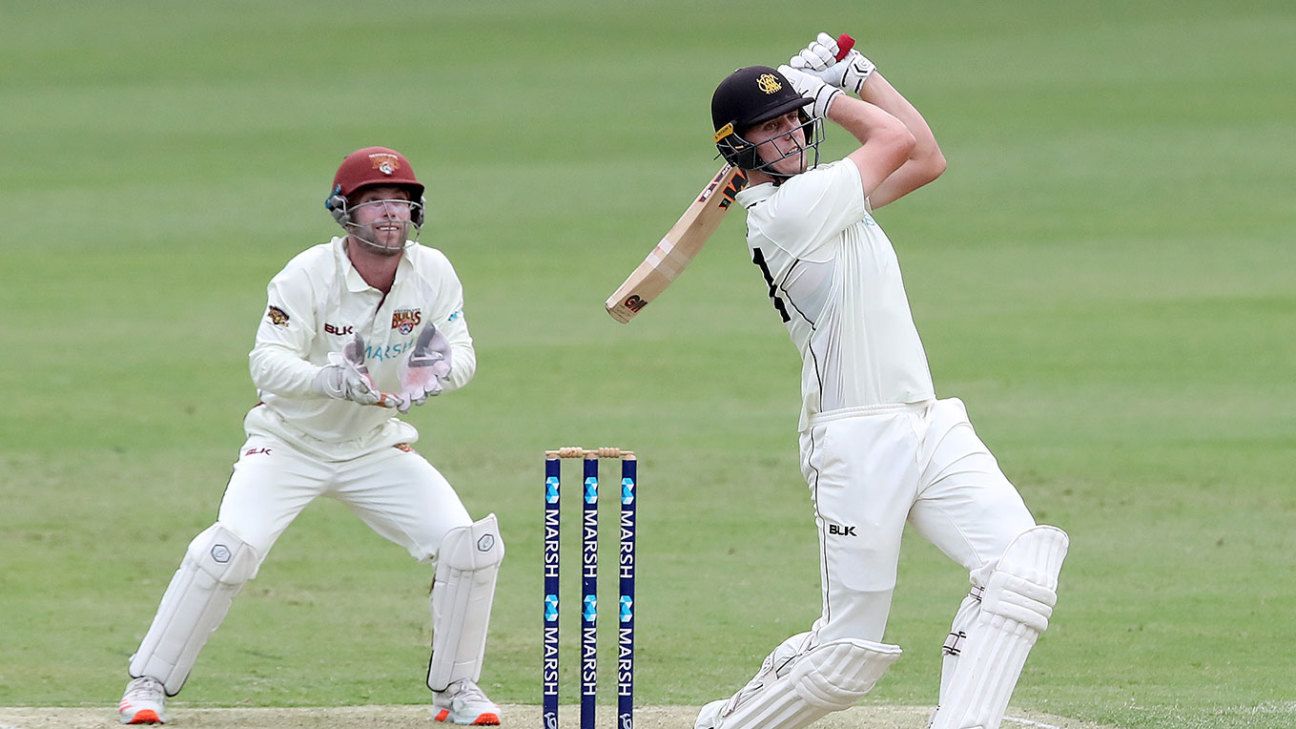 The allrounder was unbeaten on 182 at the close, his third century in his last four innings for Western Australia

Cameron Green‘s spectacular form continued with his seventh first-class century, and third in the Sheffield Shield this season, to put Western Australia in a dominant position on the opening against Queensland.

For the second time this season he was within touching distance of a maiden first-class double century having fallen for 197 against New South Wales in the first part of the summer. For a while it appeared he would have time to reach it within the first day but was content to see through to the close.

The innings also gives Green a currently tally in the Sheffield Shield at the Gabba of 382 runs without being dismissed having made unbeaten scores of 87 and 121 early last season – a game where he batted No. 8 in the first innings and No. 9 in the second, the century earning Western Australia a draw.

Green’s latest hundred came after an unbeaten 168 against South Australia in the previous round which he followed with a maiden one-day hundred, the small matter of 144, against the same opposition. He had entered the return of the domestic season on the back of a double century in grade cricket.

He had come to the crease after an impressive new-ball spell from Jack Wildermuth removed both Western Australia’s openers inside 10 overs and dominated the scoring. The third-wicket stand with Shaun Marsh was worth 226 and when Green brought up his century off 138 balls, Marsh had 37 from 137 deliveries.

Shortly after reaching three figures he danced down the pitch to the left-arm spin of Matt Kuhnemann and deposited his second six of the day something he repeated a while later with a monstrous blow over long-on.

Marsh’s bid for another century ended when he fended a catch to slip of Mark Steketee but Hilton Cartwright, who battled a back injury last week to help force a draw against South Australia, accompanied Green until the close in a stand worth 83. The toil for the Queensland attack was summed up when Marnus Labuschagne bowled two overs of medium pace late in the day.