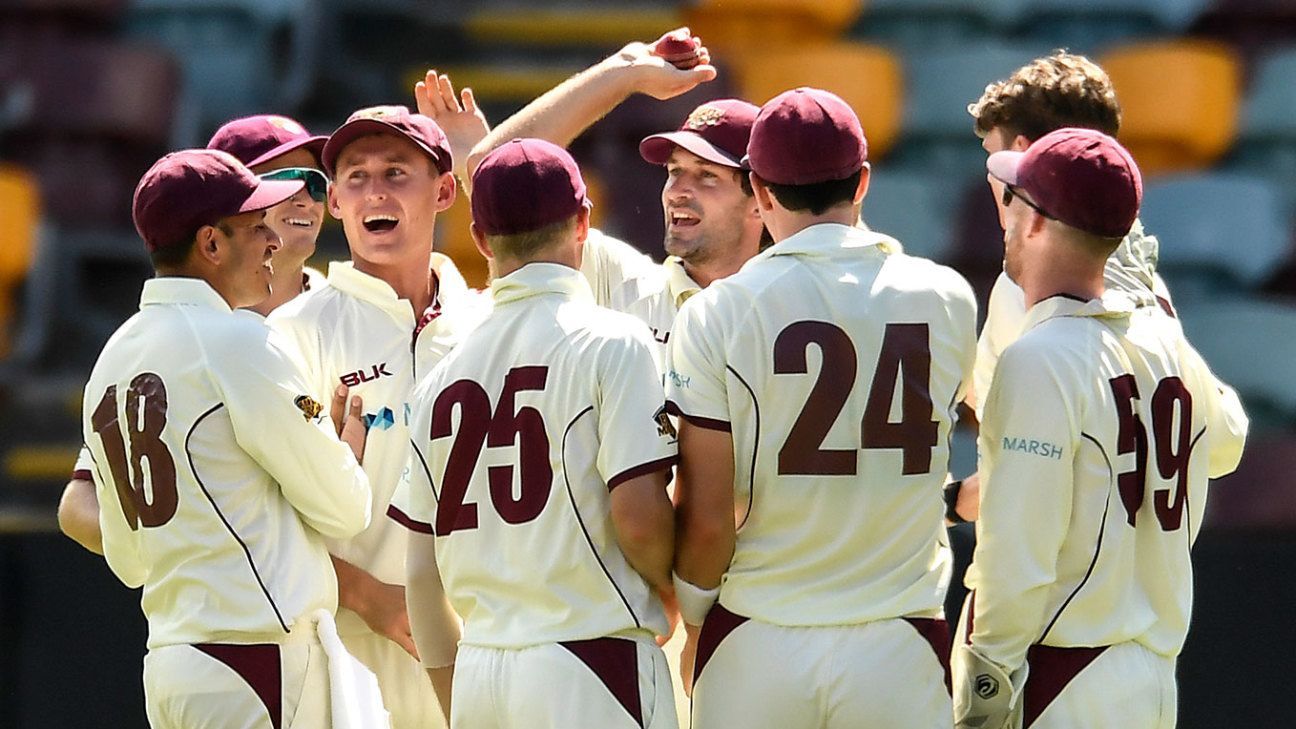 Western Australia survived a scare on the final day against Queensland at the Gabba after a top-order collapse had briefly put them in danger of defeat.

Queensland finally declared their first innings at 9 for 600 shortly before lunch, a lead of 142, leaving Western Australia the third-innings scenario with nothing to gain and everything to lose.

When Cameron Green edged to slip, the third catch of the innings for Joe Burns, they were 4 for 67 with a considerable amount of time remaining. However, a fifth-wicket stand of 111 between Hilton Cartwright and Jake Carder wiped out the deficit and removed the chance of a shock defeat.

The nerves had been set jangling by another excellent new-ball spell from Jack Wildermuth who had done similar on the opening day before the bat dominated. Sam Whiteman edged to slip as did Shaun Marsh, the latter a fantastic catch by Burns, on the stroke of lunch.

Cameron Bancroft glanced a catch down the leg side off Brendan Doggett – a not unfamiliar dismissal for him, although this time taken by the keeper rather than leg gully – and when Green departed Queensland sensed a chance. However, Carder’s second first-class half-century alongside the experienced Cartwright, who was crucial in securing a draw last week against South Australia, took the sting out of the game.

The home side had resumed just five runs behind the Western Australia total with any chance of a declaration behind to keep the game open having vanished on the third day.

Matt Renshaw made his second century of the season, adding 102 for the sixth wicket with Wildermuth, and when he was ninth-man out, giving Carder a third wicket, it signaled the end of a marathon innings spanning almost 180 overs.