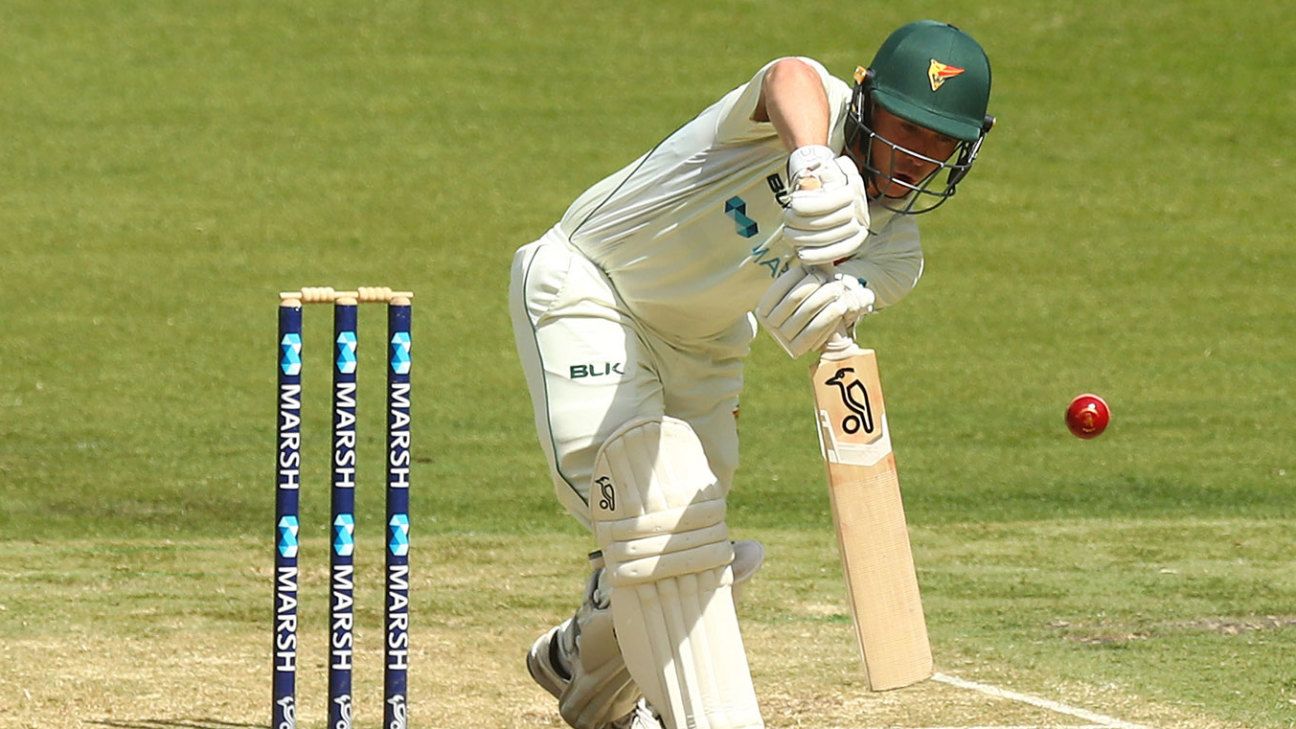 Jake Doran played arguably the innings of his career with a brilliantly complied 98 on a demanding pitch at the MCG to give Tasmania a good chance of victory having set a target of 253.

Doran was the ninth man out, edging James Pattinson to slip, having faced 237 deliveries, only five of which were boundaries, on a surface that offered help for pace and spin. His effort, which followed a half-century in the first innings, enabled the last five wickets to add 147 before Victoria’s openers managed to get through a testing four overs.

“Think that’s the best I’ve batted in first-class cricket so far,”: Doran said. “The toughest conditions and a good bowling attack. First innings it was your early sort of MCG wicket where it was nipping around then second innings you weren’t convinced if it was staying up, going low, nipping, a bit of everything.”

In total, Tasmania fought their way to 199 further runs on the third day in 90 overs having resumed on 2 for 64. The match appeared to have tipped Victoria’s way when Mac Wright’s 129-ball stay ended with an edge to slip off Scott Boland who then claimed Caleb Jewell in the slips to leave Tasmania 4 for 90.

A 47-run stand for the eighth wicket between Doran and Ellis then strengthened Tasmania’s position further before the last three wickets fell for five runs. Jake Fraser-McGurk held a stunning reflex grab at short leg to remove Ellis while last-man Peter Siddle, who has a damaged left thumb, edged a delivery from Holland that spat from the surface.

Holland finished with 2 for 46 from 33 overs while Pattinson produced some unplayable deliveries among his 3 for 54.