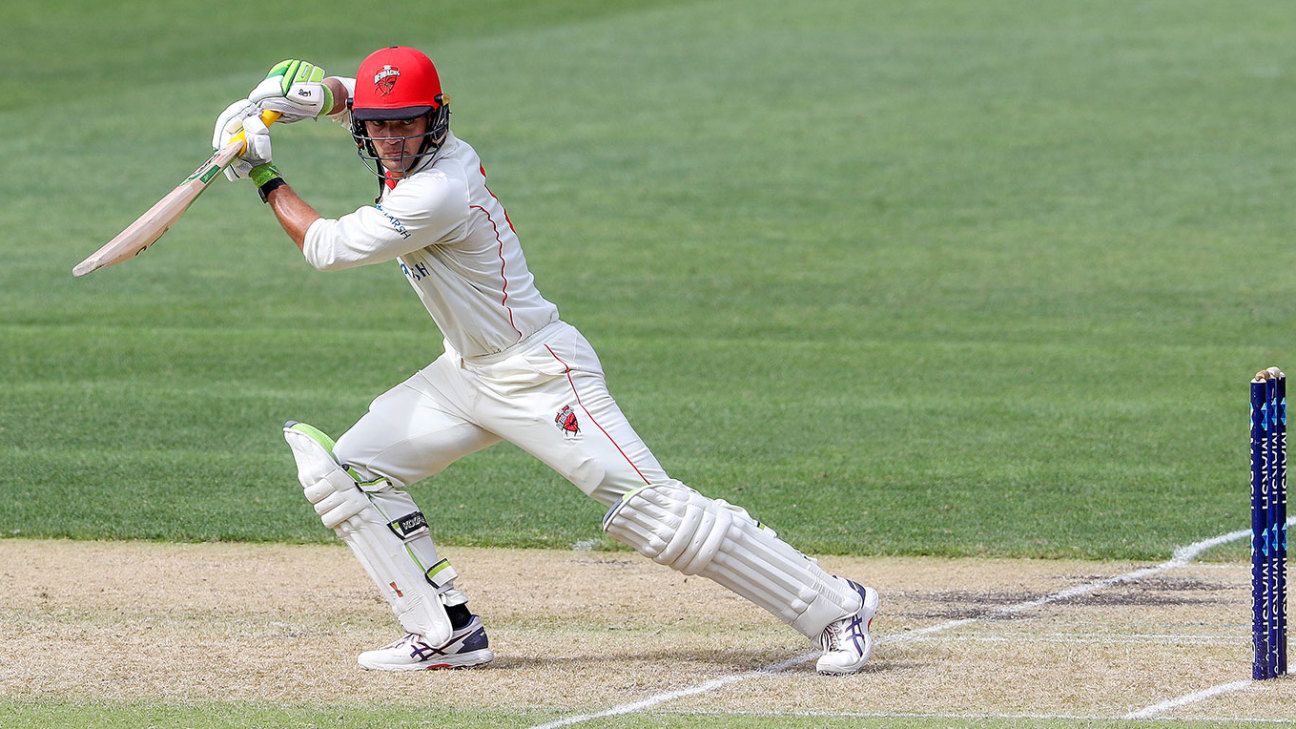 South Australia took the honours on the opening day against the defending champions on the back of a consistent display from their top order with Alex Carey closing in on a century.

Travis Head continued his fine form before becoming the third of Nathan Lyon‘s wickets for the day on a surface already showing signs of assistance for the spinner. He could have removed his Test team-mate on two earlier occasions, putting down a caught-and-bowled chance on 23 and then seeing him missed at short cover on 51 with the last ball before tea.

The day was in the balance when Head fell but Carey, who had some edgy moments early when he was keen to reverse sweep Lyon, and Harry Nielsen added an unbroken 96 through to the close.

Lyon had made the first breakthrough when he bowled Henry Hunt in the 14th over but Jake Weatherald, on his return to the Sheffield Shield team, and Liam Scott took the home side to lunch without further loss.

However, second ball after the break Josh Hazlewood struck when Scott provided a catch to gully. Weatherald, who pulled out of the Shield hub earlier in the season to manage his mental health, scored a double century for the 2nd XI last week and marked his return with a half-century from 110 deliveries.

He was then defeated by a lovely piece of bowling from Lyon which left South Australia 3 for 116 and in need of the middle order firing to ensure a good chance wasn’t wasted.

With a little fortune on his side Head was able to do that and given his current form – he made a double century in the previous round – it was then a surprise when he was beaten on the back foot by one which slid on from Lyon.

South Australia handed a first-class debut to left-arm wristspinner Joe Medew-Ewen and the signs are he could have a considerable amount of work against a batting line-up that includes David Warner.