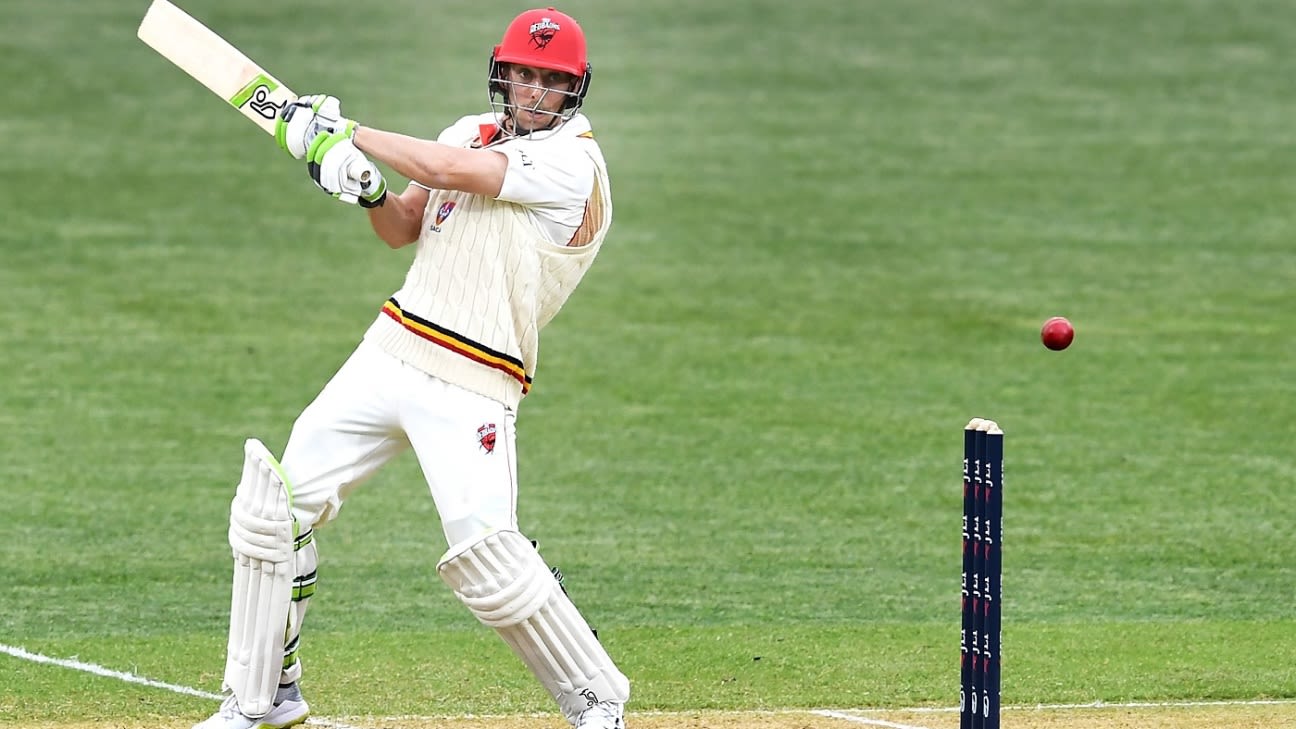 Alex Carey scored his fifth first-class century in the Redback’s hefty total – one of six players to pass fifty before they declared shortly after lunch – then they had New South Wales tottering at 4 for 115 before Patterson and captain Peter Nevill guided them to the close without further mishaps.

David Warner had made a positive start on his return to first-class cricket after injury, hitting four boundaries before edging behind as he tried to leave a delivery off Daniel Worrall from round the wicket.

Nick Larkin drove a catch to gully and the in-form Moises Henriques picked out point against David Grant who then found the outside edge of Daniel Solway.

However, Patterson went past fifty for the first time this season and closed in sight of a ninth first-class hundred although New South Wales still had considerable work to do.

They had struck early with the ball when Warner held an excellent low catch at slip to remove Harry Nielsen off Josh Hazlewood to break a fifth-wicket stand of 101.

Carey had resumed on 86 and brought up his century from 177 balls before failing to clear in the in-field off Lyon as he looked to lift the tempo.

The scoreboard moved along at a good rate thanks to Jake Lehmann, who made his highest first-class score since October 2018, and Chadd Sayers. Lyon removed Lehmann short of his hundred to complete another five-wicket haul but Mitchell Starc finished with figures of 0 for 91 from 21 overs.