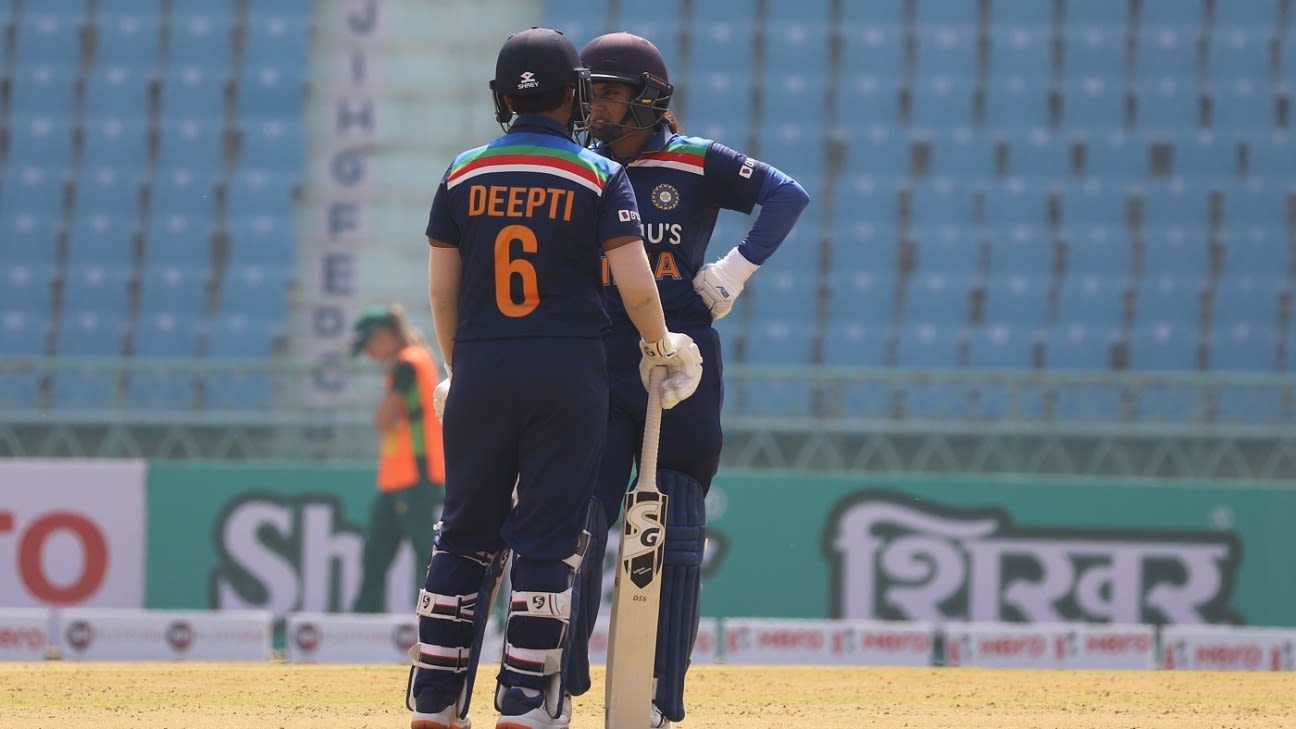 India captain Mithali Raj opted to chase after winning the toss in the second ODI against South Africa in Lucknow.

India have made one change to the playing XI, replacing Monica Patel with Mansi Joshi. Patel made her debut in the opening ODI and bowled four overs for 20 runs, without returning to complete her allotted number of overs, and was replaced by 11-time cap Joshi, whose last ODI was against South Africa in October 2019. Wicketkeeper Sushma Verma, who made her comeback after an almost three years absence in the series opener, keeps her place.

South Africa are unchanged from the XI that won the first match at the same venue by eight wickets.