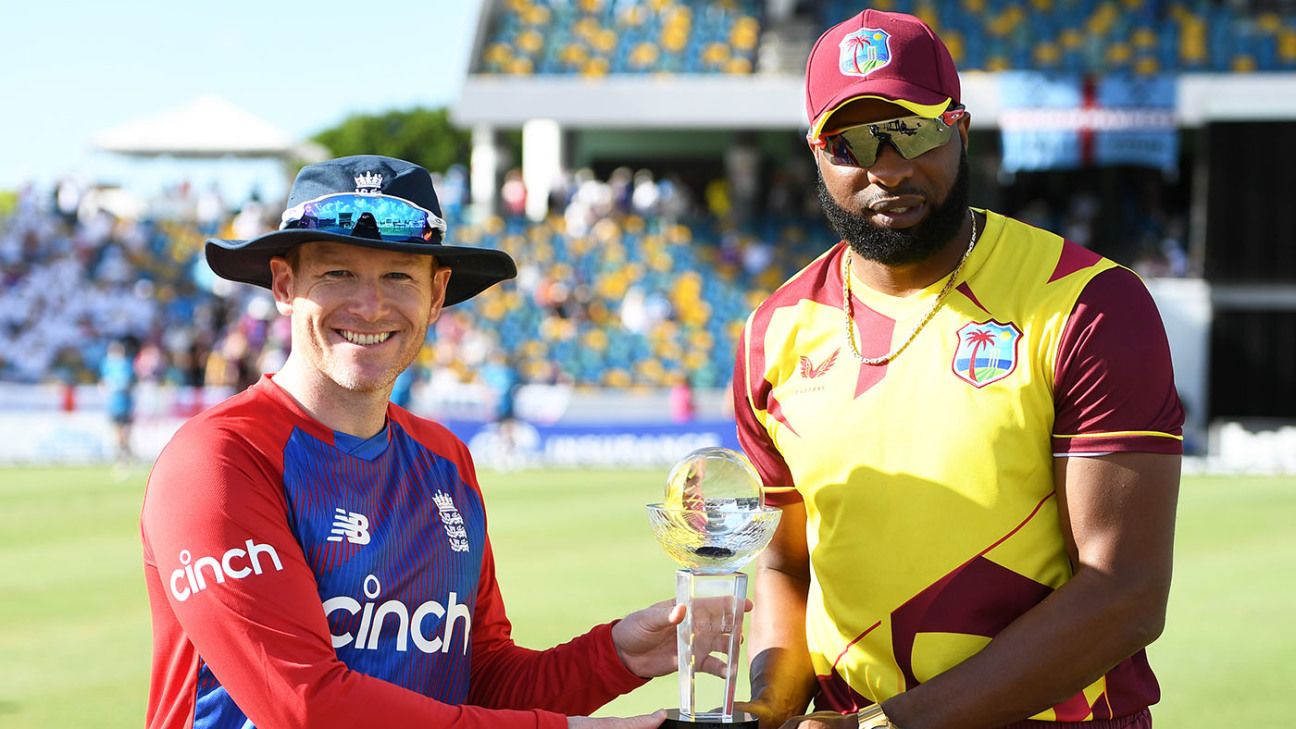 West Indies win the toss and bowl first against England

Kieron Pollard won the toss for West Indies and chose to bowl first at the Kensington Oval, as the first T20I against England prepared to get underway.

Two months ago, the end of a mighty era of West Indies T20 cricket was signalled when England routed Pollard’s men for 55 at the World Cup, but it’s a new-look side on parade for this series, with the likes of Brandon King at the top of the order, and the promising allrounders Romario Shepherd and Odean Smith in the lower-middle order.

“It’s unfamiliar territory for me,” Pollard conceded at the toss, after losing all three tosses in the recent ODI series defeat to Ireland and four out of five at the World Cup. He chose to bowl first on a biscuit-coloured, fresh pitch with a few surface cracks and not a huge covering of grass. With the prospect of dew under the lights, West Indies hope to exploit the evening conditions when their turn comes to bat.

For England, there’s a rare opportunity to test their bench-strength with a number of first-choice players absent after their roles in the Ashes, among them Jos Buttler, Jonny Bairstow and Mark Wood. Sam Billings, however, does play, only days after completing his 15,000km journey from Hobart to Bridgetown.

“We were going to bat first anyway,” Morgan said. “But the trend of the World Cup just gone is chasing, we are comfortable with it. It’s very exciting, and considering the strong group we’ve got, the guys underneath are pushing hard.”

For England, Tom Banton gets the chance to open alongside Jason Roy, who proved his form with a 36-ball hundred in England’s warm-up. He gets the nod ahead of Phil Salt, who is making his return to a familiar setting after spending six years in Bridgetown as a child. Chris Jordan is back on home soil too, having also grown up in Barbados.