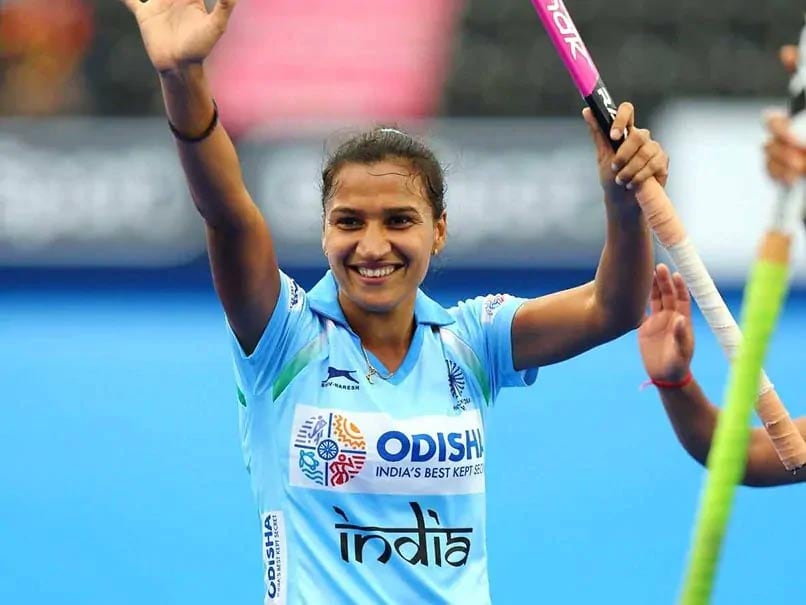 
Rani Rampal never expected the Khel Ratna to be bestowed on a woman hockey player and that’s one reason why she could not hold back tears on being named for it this year, calling the country’s highest sporting honour a testament to her hard work and sacrifices. In an unprecedented move, the Sports Ministry named five athletes — cricketer Rohit Sharma, wrestler Vinesh Phogat, table tennis player Manika Batra, Rani and Paralympian Thangavelu Mariyappan — for this year’s Khel Ratna.

The 25-year-old Rani said she couldn’t stop herself from crying when she first got to know of being one among the chosen five, leaving her parents quite worried because they, apparently, had no idea about the magnitude of the award and why it made their daughter so emotional.

“Honestly, being a woman hockey player I was not expecting that I will be awarded the Khel Ratna. When I found out about the announcement, I was extremely emotional and could not hold back my tears,” she told PTI in an interview.

“I called my father first to give him the good news…Since I was crying on the call, he was worried if everything was OK with me. My parents didn’t really know how significant it was to receive this honour and when I explained it to them, my father particularly was very happy and got emotional,” she said.

Rani is a spectacular rags-to-riches story in Indian sport. The daughter of a cart-puller from that cradle of Indian hockey, Shahbad (Haryana), she rose to prominence as a 15-year-old when she became the youngest player to make the national team.

Her next target is the Olympic medal that has eluded Indian hockey for decades now.

“While I do feel this award comes as a recognition of my hard work, sacrifices and commitment to the sport over the years, winning the Olympic medal will remain the ultimate goal. We will work hard as a team to achieve this goal in Tokyo next year,” Rani said.

The Games have been delayed by a year thanks to the COVID-19 pandemic and Rani dedicated her award to the doctors and other frontline workers, who are fighting to save lives from the dreaded infection.

Rani said the Khel Ratna recognition will motivate her and her teammates to achieve greater laurels for the country in future.

“It (the Khel Ratna) is extremely encouraging and a big boost to do well at the Olympic Games. Over the past years, I am very happy that the Indian women’s team is getting their due recognition and this has only motivated us to do better and better at the international level,” she said.

Talking about the coronavirus-forced break, Rani said not just India, it will take some time for every hockey-playing nation to get the intensity back amid the global health crisis.

She said the break helped the Indian team to refocus on its goals. “Though this has been a forced break, we have utilised this time well to refocus on our goals, areas of improvement and have deeply analysed our opponent teams,” she said.

“Though it will take at least 3-4 months before we go back to the same level we were in at the beginning of the year, this is the case with so many teams around the world. We just need to be patient and stay persistent.”

There was scare at the Sports Authority of India‘s South Centre in Bengaluru when six men’s team players, including skipper Manpreet Singh tested positive for COVID-19 after returning to the national camp on August 4, but all the members of the women’s squad returned negative.

Rani thanked the SAI officials for taking good care of them in these difficult times.

“We have just begun very basic sports activities. It is good to run on the pitch again.

“I thank SAI for the way they have taken care of us during quarantine and are ensuring every day that we have a safe environment here. We never felt any fear as we know we will be taken care of well,” she concluded.