Spain’s Rafael Nadal’s sixth French Open title, which came in 2011, was one for the history books. The triumph made the 25-year-old Mallorcan the first man since Sweden’s Bjorn Borg to win six French Open titles, the most by anyone in the Open era.

He also became the first top seed since Brazilian Gustavo Kuerten in 2001 to lift the La Coupe des Mousquetaires trophy at the end.

Perhaps, one of the most interesting ones – Nadal played his first-ever five-setter at Roland Garros after playing 39 matches at the tournament.

Nadal’s clay-court season began with a record-extending seventh consecutive Monte Carlo Masters title. His run to the trophy in Monaco included a tough three-sets win over World No. 4 Andy Murray of Great Britain in the semifinal that fell one minute short of the three-hour mark. In an all-Spanish final, Nadal defeated World No. 6 David Ferrer 6-4, 7-5. Two months earlier, he had lost to the same opponent 4-6, 2-6, 3-6 in the Australian Open quarterfinal, most of which he had played with a hamstring strain.


If the number was seven in Monte Carlo, in Barcelona it was six. The final opponent though was still the same. Nadal followed his triumph in Monte Carlo with a sixth title in Barcelona where he beat Ferrer 6-2, 6-4 in the final. In fact, he did not even drop a set.

That was it. Nadal did not win another clay court title before Roland Garros as he was comprehensively defeated in the Madrid and Rome Masters summit clashes by World No. 2 Novak Djokovic of Serbia. Earlier in the year, the Serbian had also denied him the titles on the hard courts in Indian Wells and Miami.

Djokovic was 4-0 against Nadal going into the clay court Major in Paris and looked poised to take the World No. 1 crown.

Five-time champion Nadal was the top-seeded player at the French Open only for the second time in his career. Last time, his campaign as the top seed had ended with a shocking fourth-round loss to Sweden’s Robin Soderling, his sole loss at Roland Garros.

FROM THE ARCHIVES:
Time to shed the ‘claysmith’ tag


It looked like history would repeat itself as Nadal’s first-round opponent, six-foot-nine World No. 39 American John Isner, took a two sets to one lead. The Spaniard got his game together just in time to prevail 6-4, 6-7 (2), 6-7 (2), 6-2, 6-4 at the end of the four-hour battle. This was the first time that Nadal had been forced to go the distance in Paris.

In an on-court television interview, Nadal said, “I didn’t play well in the tie break… I was probably too nervous. But anyway, it was a very, very important victory for me.”

An important win indeed as he had avoided becoming the first top-seeded man to crash out of the French Open in the first round since Stefan Edberg in 1990.

Out went Isner, in came Pablo Andujar. In the second round, Nadal faced Andujar, who did not make things any easier for his more accomplished countryman before eventually going down 5-7, 3-6, 6-7 (4).


From there on, Nadal made it to the semifinals with relatively less tiring duels (beating Croatians Antonio Veic and Ivan Ljubicic, and Soderling) in straight sets but he admitted that he was not playing the kind of tennis required to win the trophy.

After his win over Ljubicic, Nadal stunned everyone when he said, “I’m not playing well enough to win this tournament.”

In the semifinal, Nadal was set to face Murray, who had finished runner-up at the Australian Open that year. Murray, fighting pain in his right ankle, produced one of his best-ever performances on clay but once again, it was Nadal who won the baseline slugfest 6-4, 7-5, 6-4 to reach the final.

Soon after their semifinal, the second semifinal took place between World No. 3 Roger Federer of Switzerland and Djokovic. The Swiss maestro had been going about his business quietly throughout the event while more focus was on a possible Nadal-Djokovic final. Ending the Serbian’s 41-match winning start to the season, Federer beat him 7-6 (5), 6-3, 3-6, 7-6 (5) in the final-four clash.

“Federer, winner of a men’s record 16 Grand Slam singles titles, including the 2009 French Open, had played the unusual role of spoiler to perfection. And instead of watching a new-age final between Djokovic and Nadal on Sunday, the fans in Paris will now see the latest installment of the classic Federer-Nadal rivalry,” is how Christopher Clarey reported the result in The New York Times.


In their fourth French Open final and one of the more competitive ones, Federer served for the opening set at 5-3 before squandering the advantage to ultimately lose it 5-7. Just when things seemed to be turning from bad to worse for Federer when Nadal was serving for the second set at 5-4 (40-30), the heavens opened up. Having saved one set point before they were forced to leave the Philippe-Chatrier Court due to rain, Federer broke Nadal upon resumption to make it 5-5. The Spaniard then played a solid tiebreaker to move ahead 7-5, 7-6 (3).

Similar to the first set, Federer took an early lead, 4-2, in the third before Nadal’s resurgence made it look like the match might end in straight sets. But this time, Federer held his nerve to first make it 6-5 and then convert second of the three break-point chances available on Nadal’s serve to take the set 7-5. In what can at best be described as anti-climactic, Nadal ran through the fourth set 6-1 to clinch his sixth French Open title, which also helped him keep the No. 1 Ranking.

“This one was the most difficult of all of them,” Nadal’s uncle and coach, Toni Nadal told Clarey after the final. “Rafa was more nervous. He couldn’t manage to really hit the ball well and that gives you a real sense of insecurity.”

Very Enjoyable Being Back At The Top: Jonny Bairstow After 66-Run Knock vs RCB – SportsDicted 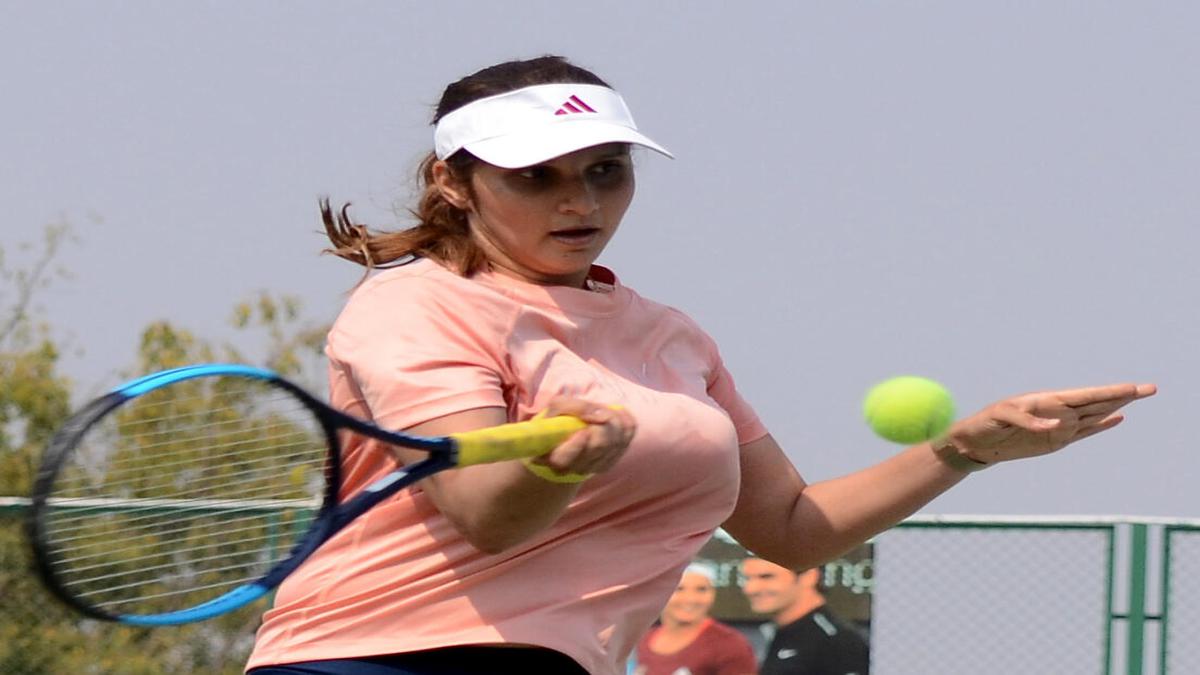 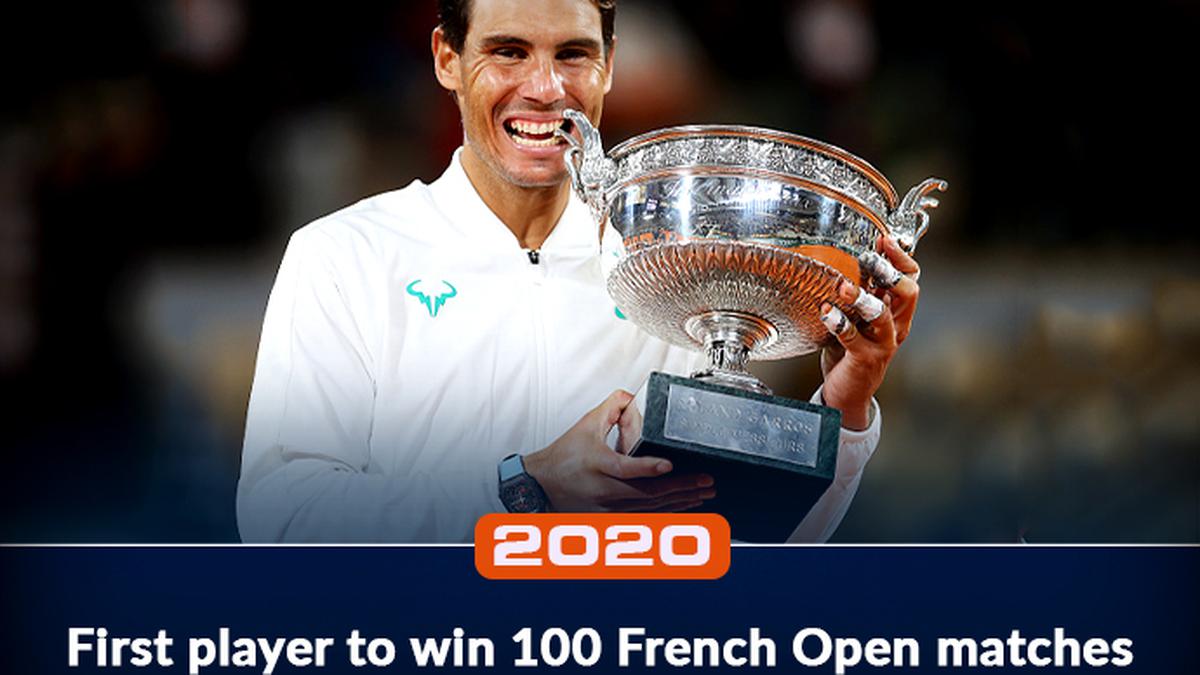