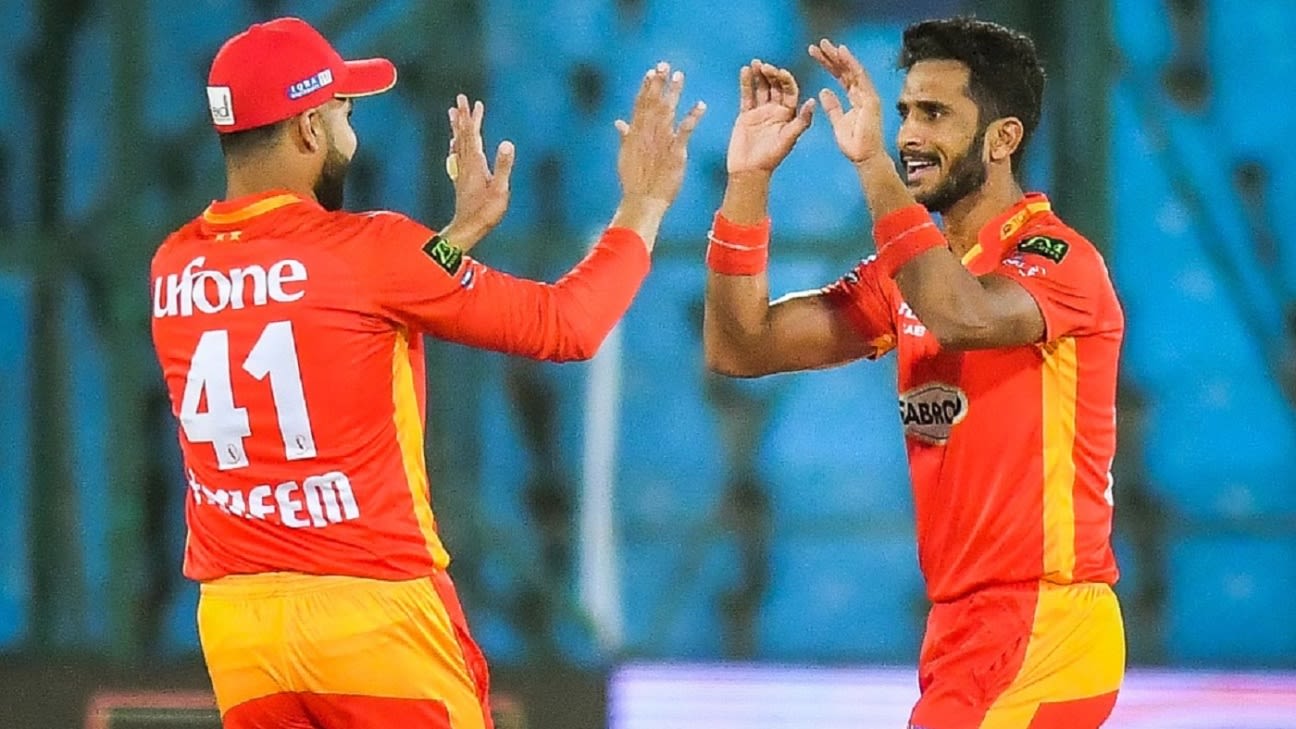 The PCB is scrambling to find a window to reschedule the curtailed sixth season of the PSL, with June in Karachi as one option. June is not usually part of Pakistan’s home season (though they did host the 2008 Asia Cup then) and windows in May and September have been talked about, but in a busy year for international cricket, space is at a premium.

The board is keen to host it in Karachi, and though the UAE has been mentioned as a potential host, the fear is that if they do go that way, it would squander all the groundwork done in convincing international teams to play in Pakistan.

Whenever and wherever the season is completed, the planning and implementation of a biosecure bubble will almost definitely be outsourced to a specialist firm. That will be a tacit acknowledgment by the board of the failures of this season – the board’s head doctor and the man in charge of those protocols Dr Sohail Saleem has on Saturday offered to resign – which was called off on Thursday after a spate of Covid-19 positive tests among players and staff.

The outsourcing will be a key factor as they try to move ahead, even as the dust is far from settled on the events of the last week, the impact of which one senior Pakistan international has privately compared to the terror attacks on the Sri Lankan team in 2009.

Whether it becomes as seismic as that remains to be seen, but there is clear concern within the board that it could hit both the PSL and potential touring sides later in the year.

Franchises and boards, meanwhile, are still sifting through the wreckage, the former beginning to detail their experiences inside the bubble and its loopholes.

Though not alone, scrutiny will be on two-time winners Islamabad United, where in Fawad Ahmed, the first positive test after the tournament began was recorded. Three other players from the franchise have tested positive since. The franchise – and the PCB – has already had to defend itself over protocols followed during a social media shoot.

In communication that is expected to be sent to the PCB, the franchise reveals that despite complaining of feeling unwell after the evening game on Saturday, February 27, Ahmed wasn’t given a Covid test until the following evening, at 9pm, despite repeated requests. The franchise claims when Ahmed initially consulted the PCB doctor, informing him of a stomach pains, he was told it didn’t fit Covid symptoms. The doctor was unable to see him the next morning because of another unrelated medical incident.

Though Ahmed was put into immediate isolation, it isn’t clear whether the rest of the squad, as close contacts, went into isolation – and if they did, for how long. There are conflicting reports on this, but both the PCB and Islamabad tweeted only that Ahmed had been put in isolation when they eventually made his result public and that other members had all since tested negative.

The question of isolation becomes especially significant in light of a birthday party held for Azhar Mahmood, fast-bowling coach with the Multan Sultans, on the same evening as Ahmed complained of feeling unwell. Hasan Ali, Ahmed’s team-mate, attended that party (in the same hotel) as well as a number of other players from other franchises.

Ostensibly, that party didn’t breach protocols because it was only attended by people already within the bubble – as Islamabad reiterated in the same thread. And it is also unknown whether Ali was aware at the time that Ahmed was unwell, or that he had been put in isolation. But as a close contact of a player who did test positive, he was now in a room with a number of other players and officials – some of whom, like Babar Azam, would go on to play a game the next day.

It is the response to this first positive case – and during the build-up to it when Ahmed was unwell – that are likely to bear most focus. In particular, questions will be asked as to why it took so long for Ahmed to be tested after his initial complaint; and why, once it was confirmed he was positive and on the basis of Ali’s appearance at the party, the attendees of that party were not asked to isolate or take any kind of precautions.

The responsibility of who was supposed to have conducted that kind of track and trace has slipped through the cracks between league management and franchise management: both have suggested to ESPNcricinfo the other should have been responsible but it is clear that there was no communication to those at the party.

In retrospect, the decision on Monday (the day Ahmed’s positive test was made public) to simply reschedule Islamabad’s match for the following day, rather than locking down the league for a few days there and then, seems a fatal moment.

In fact, in one franchise’s breakdown of that day, communicated to the PCB, they describe a state of panic among players as the match was initially delayed and then postponed. Some international players, in that account, called for the league to be shut down for three days.

The PCB’s rationale for going ahead was that all players involved in the game had cleared at least two tests since Ahmed’s positive test – one rapid test and then a PCR test for all franchises. Given what is widely known about the incubation period of the virus this seems misplaced – and to some extent borne out by the fact of Ali emerging as one of the positive tests the day the league was called off. He had been at the party only a few nights previous and had even played a game in that time.

Testing, in fact, appears to have been the central – and at times, it has felt, only – plank in the PCB’s coping with the effects of the pandemic on cricket. That was evident in the Peshawar Zalmi incident at the start of this PSL when, on the basis of two negative tests in 48 hours, Wahab Riaz and Daren Sammy were allowed to reintegrate into the squad despite breaches of protocol.

Towards the end of last year, the board highlighted that it had conducted nearly 3000 tests across the domestic season. But the fragility of measures alongside it – such as biosecure bubbles and protocols – was evident in, for example, the number of players turning up with positive results in New Zealand; more relevantly, it was evident in the number of cases that emerged from the playoffs of the PSL’s fifth season, played last November.

Franchises are expected to highlight a number of complaints about what went on in the Karachi hotel bubble over the next few days: from quarantine periods being considered too short at three days, to daily glitches like elevators not being secured for those inside the bubble alone, to questions about the cutlery being used to serve those in the bubble, or whether the hotel’s kitchen and service staff were all part of the bubble and even to how the exit of players was handled. Once again, the PCB has relied on tests cleared to let people leave the hotel and travel back, overlooking the fact that the virus can incubate for several days before it shows up in a test, or through symptoms.

What is emerging is a picture of an operational fiasco above all, where the SOPs (standard operating procedures) and protocols in place were not sufficiently secure and where the implementation of them was worse. Pressure will build for heads to roll – Dr Sohail Saleem looks set to be the first, but is unlikely to be the last.

With additional inputs from Umar Farooq

Osman Samiuddin is a senior editor at ESPNcricinfo