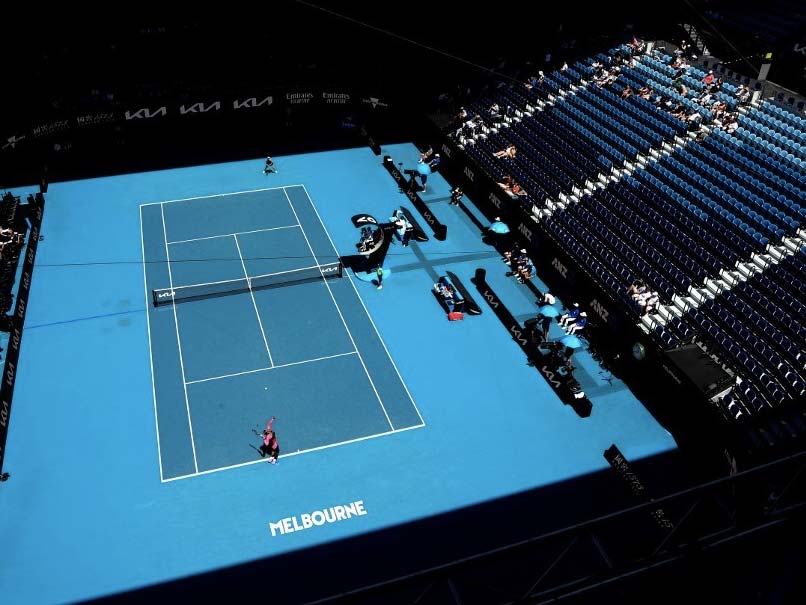 
The Australian Open was thrown into chaos Friday after Melbourne was ordered into a snap five-day lockdown, with fans banned and players to compete in a biosecure “bubble”. Authorities fear Victoria state is on the brink of the third Covid-19 wave with the city’s five-million residents ordered to remain at home from midnight, except for a limited number of permitted essential activities. State Premier Daniel Andrews said the Melbourne Park tennis venue would be considered a “work place” that could continue to function with limited staff.

But spectators, who had been permitted over the first five days in limited numbers, will no longer be allowed from Saturday and players, who are keen to continue, must follow strict new rules.

“Play will continue,” said tournament chief Craig Tiley. “The players will compete in a bubble form.

“Those who will be allowed on site will be the players only and their support teams, as well as staff members who will be unable to do their work from home.

“Those who are essential for the delivery of the event will be on site.”

Play had already started on day five, in front of fans, when the lockdown was announced.

“I didn’t know at all until the match was over. I think it’s good that I didn’t know,” said 23-time Grand Slam champion Serena Williams, who powered into the fourth round with a 7-6 (7/5), 6-2 win over Anastasia Potapova.

“It’s going to be a rough few days for I think for everyone,” she added of the new lockdown. “But we’ll hopefully get through it.”

Spain’s Garbine Muguruza, who easily who beat Kazakhstan’s Zarina Diyas, said she supported the tournament going ahead despite the new restrictions.

‘Sad’ at no crowds

“We are happy that we can continue the tournament,” she said. I’m sad, of course, that the crowd will not be there for the next few days. Hopefully after we will have it again.”

Tiley said players had been “very good about it” and understood the decision by the Victorian government.

“I imagine most of them will spend all their time here (at Melbourne Park),” he said.

“One thing they cannot do is go around the city, they won’t be able to do that, but that’s expected in the next five days, all of us will be adhering to that.”

Covid-19 had already impacted the Australian Open significantly, with 72 players forced into hard lockdown for 14 days after arriving in Melbourne, sparking complaints for some about the conditions.

It followed eight positive tests on the charter flights that brought more than 1,000 players and officials into the country. Only one player, Spain’s Paula Badosa, contracted the virus.

Warm-up tournaments were further cast into disarray last week when a coronavirus case — Melbourne’s first locally acquired infection in 28 days — forced a suspension of play with hundreds of players and officials ordered to get tested.

Despite the challenges, the Grand Slam, which had been delayed three weeks, started as scheduled on Monday, but spectator numbers were reduced to 30,000 a day, although far fewer have attended.

Social distancing is in place and sanitising stations dotted around Melbourne Park, which has been split into three precincts, with mask-wearing mandatory in the main stadiums when the roofs are closed.

But even diminished crowds have been welcomed by players, who have gone a year playing in virtually empty arenas.