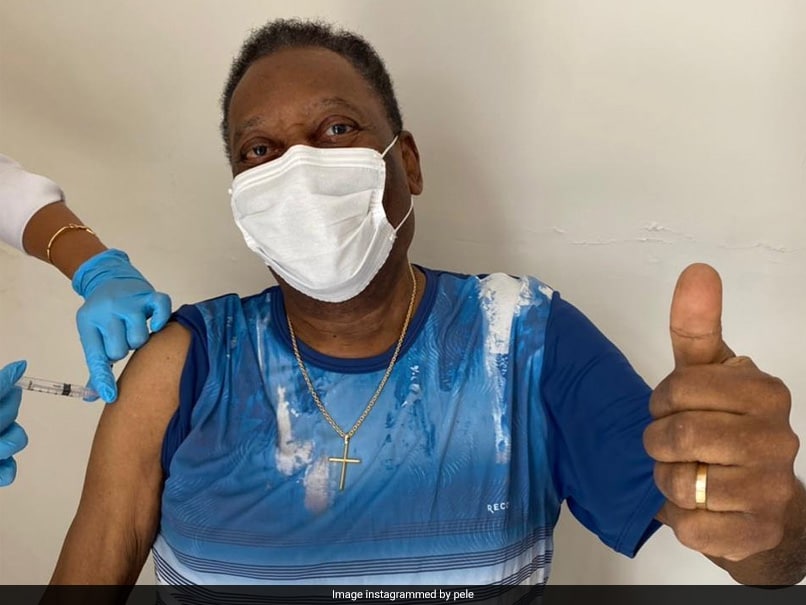 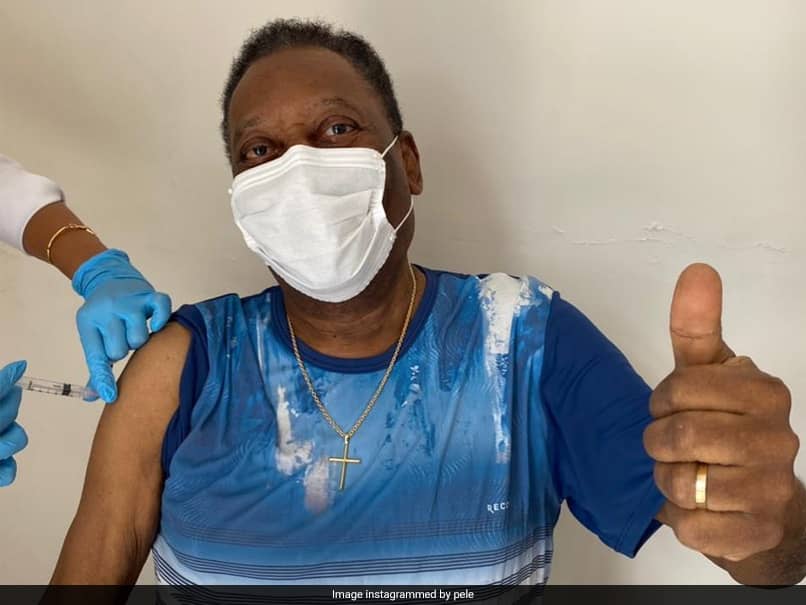 Pele said people must remain disciplined as the Coronavirus pandemic is not over yet.© Instagram


Brazilian football great Pele, 80, received a Covid-19 vaccine Tuesday, a moment he described as “unforgettable” while urging people not to let down their guard against the deadly virus. “Today was an unforgettable day. I received the vaccine!” the man considered one of the greatest footballers of all time wrote on his Instagram account. The message included a photo of Pele wearing a mask and giving a thumbs-up while he received his shot. “The pandemic is not over. We must remain disciplined to save lives because many people have not yet been vaccinated,” he wrote, and advocated mask-wearing, social distancing and hand-washing as virus protection.

“This (the pandemic) will pass if we think of each other and help each other,” he said.

Pele’s press team did not respond to questions about which vaccine he received, and whether it was the first or second dose.

The only player to win three World Cups — in Sweden in 1958, Chile in 1962 and Mexico in 1970 — Pele has self-isolated at his house in Sao Paulo state since the start of the health crisis which has left more than 255,000 people dead in Brazil, where vaccination has been slow to start.

As an octogenarian, Pele forms part of the population considered at high risk of coronavirus complications.

His health has deteriorated in recent years, and in limited recent public appearances, he has been seen in a wheelchair or supported by a walker.