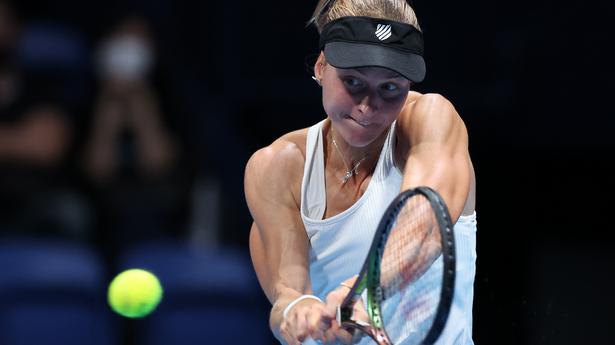 Liudmila Samsonova maintained her stellar run in the second half of the season to reach her third final of the year on Saturday by defeating China’s Zhang Shuai 7-6(4), 6-2 at the Pan Pacific Open in Tokyo.

It was the 17th win in her last 18 matches for the 23-year-old Russian who will meet another Chinese in Zheng Qinwen for her fourth WTA career title in Sunday’s championship clash.

Zheng, 19, rallied from a set down to edge Russian fourth seed Veronika Kudermetova 5-7, 6-3, 7-6(3) in the day’s second semi-final and advance to her first Tour-level championship match at the WTA 500 event.

Zheng, who made her Grand Slam debut at the 2022 Australian Open, started the year ranked 126th but has steadily climbed up the ladder to a career-best 36th in her breakthrough season.

Zheng’s victory, which took more than three hours against the 13th-ranked Kudermetova, was her fifth career win over a player in the top-20 of the WTA rankings and all of them have come in the 2022 season.

Zheng’s opponent on Sunday, Samsonova, has yet to lose a final and is 3-0 in championship matches. She slammed 13 aces in her 40 winners to defeat Zhang.

The Russian, ranked 30th in the world, won two consecutive titles in Washington and Cleveland and her only defeat since July came against Australian Ajla Tomljanovic in the fourth round of the U.S. Open.