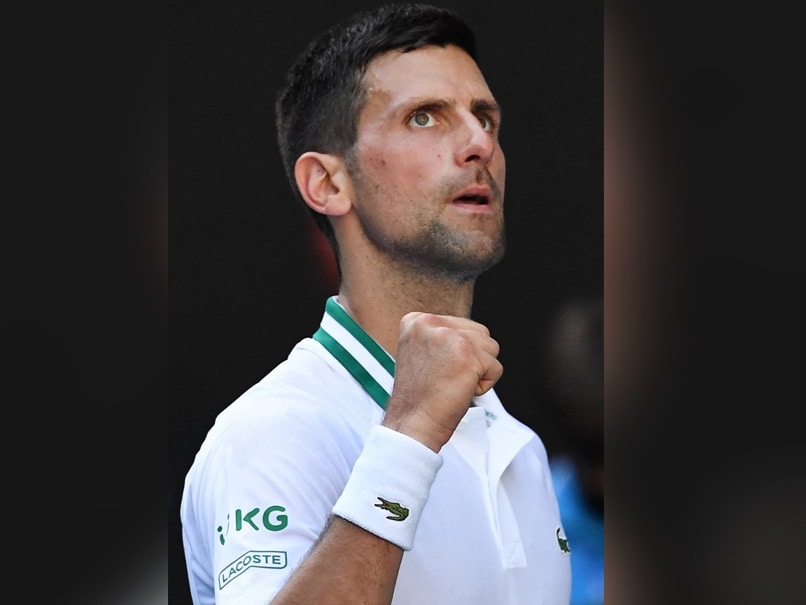 
Pumped-up defending champion Novak Djokovic survived a serious scare on Wednesday from dangerous American Frances Tiafoe, who pushed him to four gruelling sets before the world number one prevailed. The Serbian top seed looked in control after taking the first set, but lightning-quick Tiafoe, who reached the quarter-finals two years ago, refused to go quietly. He bounced back to take a close second set before Djokovic dug deep to emerge a 6-3, 6-7 (3/7), 7-6 (7/2), 6-3 winner and continue his relentless march towards a ninth Australian Open title.

“Very tough match. when the sun was on the court, it was very warm. A lot of long rallies,” said Djokovic. “A great fight from Frances, a great match on his part.”

“But it’s not the first time I’ve been in that kind of situation, I know how to handle this type of circumstance.”

He will next play another American, either Taylor Fritz or Reilly Opelka.

Djokovic, who dropped only six games in his opening round clash, had never played Tiafoe, but quickly adapted.

On a hot day, with ice towels being used for the first time at the tournament, he immediately broke to race into a 3-0 lead, but some uncharacteristically poor serving allowed the energetic American back in the set.

It was a stumble that rattled Djokovic who quickly broke again, pumping his fist in the air as he screamed at his box.

Neither player gave an inch in the tight second set, with Tiafoe’s mix of power and unusual shots appearing to put Djokovic off his game as he came out on top in a tiebreak.

The Serb moved up a level in the third set, but so did Tiafoe as they traded blows until too many unforced errors ensured Djokovic took the set.

They went shot-for-shot in the fourth until a glorious backhand gave Djokovic the crucial break for 4-3, with a frustrated Tiafoe slapped with a warning for swearing then double-faulting to hand the top seed the match.

Djokovic, chasing an 18th Slam crown to close in on the 20 held by Roger Federer and Rafael Nadal, has won a record eight times in Melbourne.

It was the scene of his maiden Grand Slam triumph in 2008 and he is unbeaten on the famous blue courts, since his shock defeat by South Korea’s Hyeon Chung in the 2018 round of 16.