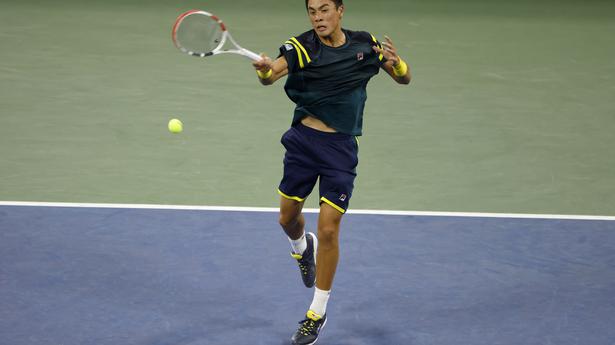 Each advanced on Saturday in the $612,000 event, played in sunny, wind-swept conditions at San Diego’s Barnes Tennis Center.

Giron ousted No. 1 seed Daniel Evans of Britain 6-3, 7-5 to put the former UCLA star in his first final on the ATP Tour.

Now in his third year on the pro tour, the hard-serving Nakashima won 83% of his first serves against Australia’s unseeded Christopher O’Connell for a 6-4, 7-6 (3) victory.

“It feels super-amazing to get to the finals, especially in my hometown where I grew up and learned the game,” said the 21-year-old Nakashima, the No. 5 seed. “Being aggressive at the right moments was really key for me.

“I’ve learned a lot and matured as a player and as a person. I feel like I belong here,” Nakashima added after reaching his third pro final.

Giron, 29, served nine aces, including eight in the second set. He won the NCAA singles title at UCLA in 2014 and has undergone two hip operations as a pro.

“I’m pumped that my first finals match will be here in San Diego,” said the No. 3 seed, who is ranked 58th.

The event returned for the second year to the Barnes Tennis Center, which will also host the upcoming $757,900 San Diego Open WTA 500 event, Oct. 8-16, led by the world’s top-ranked player, Iga Swiatek of Poland.