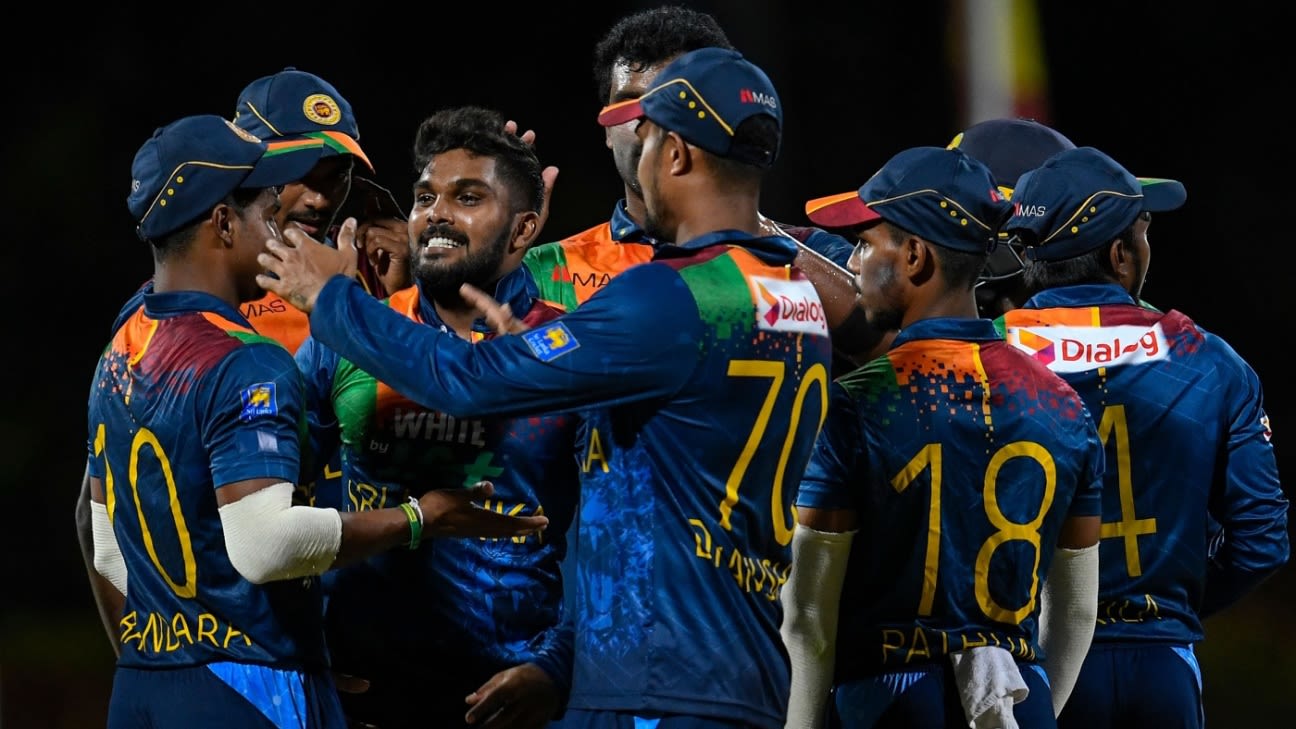 Neither West Indies nor Sri Lanka have much of a recent history of being good at this format. A quick look through stats first. Since the start of 2019, West Indies have lost 21 and won only 13 of their ODIs. Sri Lanka, meanwhile, have done slightly better – 10 wins and 14 losses – but have had the benefit of having had most of their best players available throughout, which is no longer a luxury West Indies have in many bilateral series.

West Indies were recently whitewashed 3-0 in their series against Bangladesh, but that was with a substantially under-strength squad, and there’s not a lot we can glean from that performance for the purposes of predicting a narrative for this coming series. Perhaps it’s better to look back at their series in Sri Lanka, where Sri Lanka won 3-0. But even that’s not a great predictor of form. Not only was that series over a year ago, Sri Lanka’s two most-prolific batsmen from that series – Avishka Fernando and Kusal Mendis – are not in this squad.

As with so much of Covid cricket, we are venturing into the unknown. How rusty will the majority of these players be in a format they have not played in over 12 months? Given the hectic schedule – itself a consequence of the pandemic – will teams commit to a rotation policy early, or keep playing their match-winners? There’s no ODI World Cup this year, so it seems like a low-stakes series. But then there’s an ODI World Cup Super League to think about. If either team tanks this series, the pressure over 2023 World Cup spots starts to mount.

In the series these teams played in February and March last year, Shai Hope was top-scorer, with 238 runs at an average of 79.33. His lowest score in those three innings was 51 (there was also a 115 and a 72), and vitally, he was adept at not only seeing out Sri Lanka’s quicks, but negotiating even the trickier of Sri Lanka’s spinners. Rarely in that series did he seem to struggle against Wanindu Hasaranga – Sri Lanka’s in-form bowler. Hope’s approach to opening has generally been to drop anchor, and focus on providing substance to the innings, before the bigger hitters lower down come in and raise the tempo. He’ll be one of the opposition members Sri Lanka will worry most about.

In the year since Hope played him okay, though, Wanindu Hasaranga has grown substantially. Although Sri Lanka haven’t played much, his googly has become more devastating in the lockdown months. His control has improved as well, and with it, his confidence. Sri Lanka have been searching for a dependable limited-overs wristspinner for years, and although it’s still early for Hasaranga, he seems the likeliest to build a long career for himself out of the present group of spinners. He will be buoyed following his Player-of-the-Series performance in the the T20Is.

There is a slight chance of patchy rain at North Sound, but it seems unlikely that rain will prevent the match from being completed. Temperatures are expected to hover around the mid 20s Celsius.

Left-arm spinner Kevin Sinclair may be in line for an ODI debut for West Indies, following decent performances in the T20Is.

It’s difficult to predict which way Sri Lanka go with their batting line-up. On the fast bowling front, Dushmantha Chameera is likely to play following good T20 outings. Nuwan Pradeep will likely be preferred to Suranga Lakmal, on account of Pradeep’s death bowling.