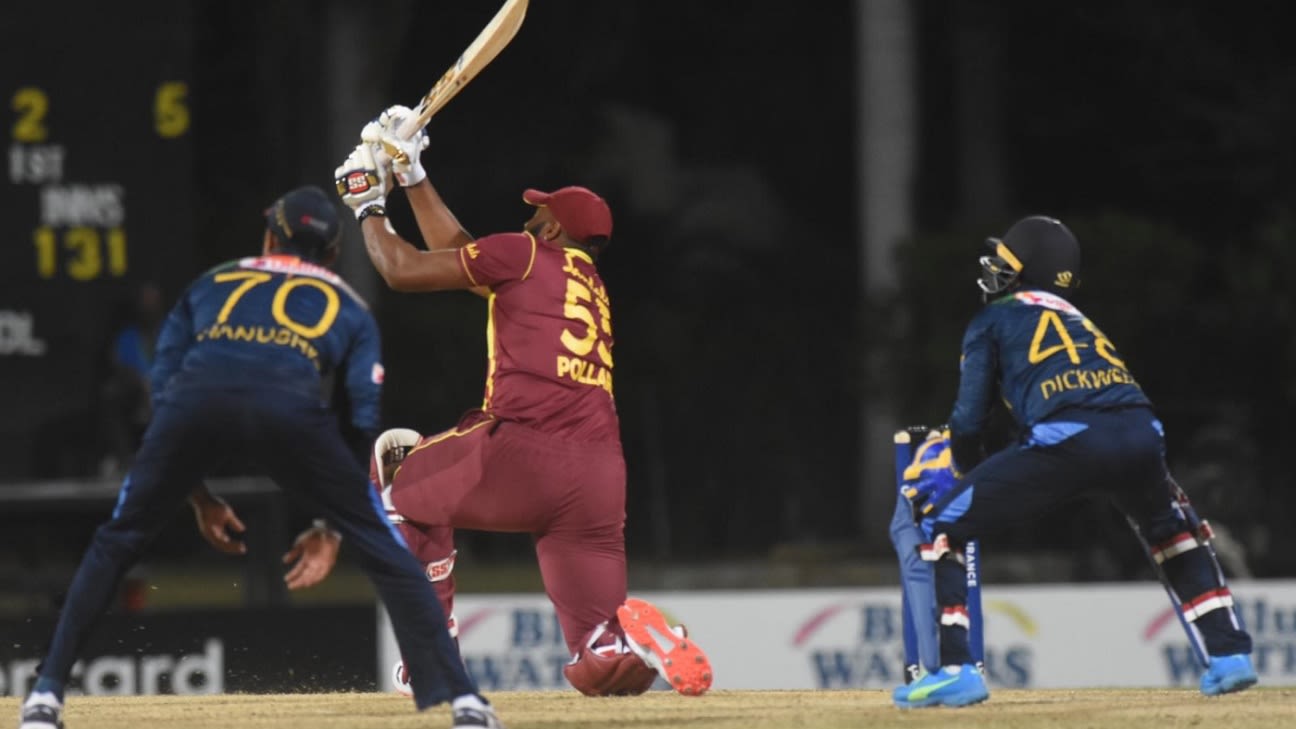 At this point, Sri Lanka’s best hope is to bat ridiculously well and give their bowlers a chance

How do you plan for West Indies? Their bowlers are varied and skillful – the first T20I at Coolidge featuring quicks like Dwayne Bravo, Jason Holder and Obed McCoy – who were adept at bowling a variety of slower balls that took advantage of a sluggish surface to flummox the Sri Lanka batsmen.

Their batsmen, meanwhile, can make something out of nothing. Not even a hat-trick to Akila Dananjaya could really derail the West Indies’ chase because they’ve got six-hitting batsmen down to No. 8. Within the course of an over, Kieron Pollard turned a tricky situation for his team into what became a cakewalk, withhis six sixes in an over. What do you do against that kind of power? If you have as many matchwinners in the side as they do – Andre Russell is not even a part of their equation for this series, by the way – this is a side that is as impervious to opposition analysis as any team around.

Sri Lanka’s best hope is to bat ridiculously well. It is possible there is no score that is beyond this West Indies team’s capability, but if Sri Lanka manage to fire collectively with the bat, they give their bowlers a chance. On Wednesday, none of their top seven batsmen had strike rates of even 120, which is clearly a problem. As a result, West Indies could take huge risks through the course of that chase, and those risks paid off.

West Indies’ power hitters vs Sri Lanka’s spinners. After the first match, Pollard suggested that his devastating six-hitting against Dananjaya was actually part of his team’s plan. The reasoning is this: West Indies’ batsmen can hit sixes like nobody else. And they particularly relish hitting sixes off spin bowling. On Wednesday, Dananjaya was the prime whipping boy, with eight of the 13 sixes for West Indies coming off his bowling. But Sri Lanka’s slow bowlers are likely to want to come back at the hosts. In their ranks, they can at least count on Wanindu Hasaranga, who is a wicket-taking threat as well as a more steady batsman when they need him.

The pitch at Coolidge for the first match was on the tackier side, so perhaps this could become a theme of this T20I series. There is no rainfall forecast.

Despite the defeat, Sri Lanka may opt for the same lineup.

West Indies have no reason to change their XI either.