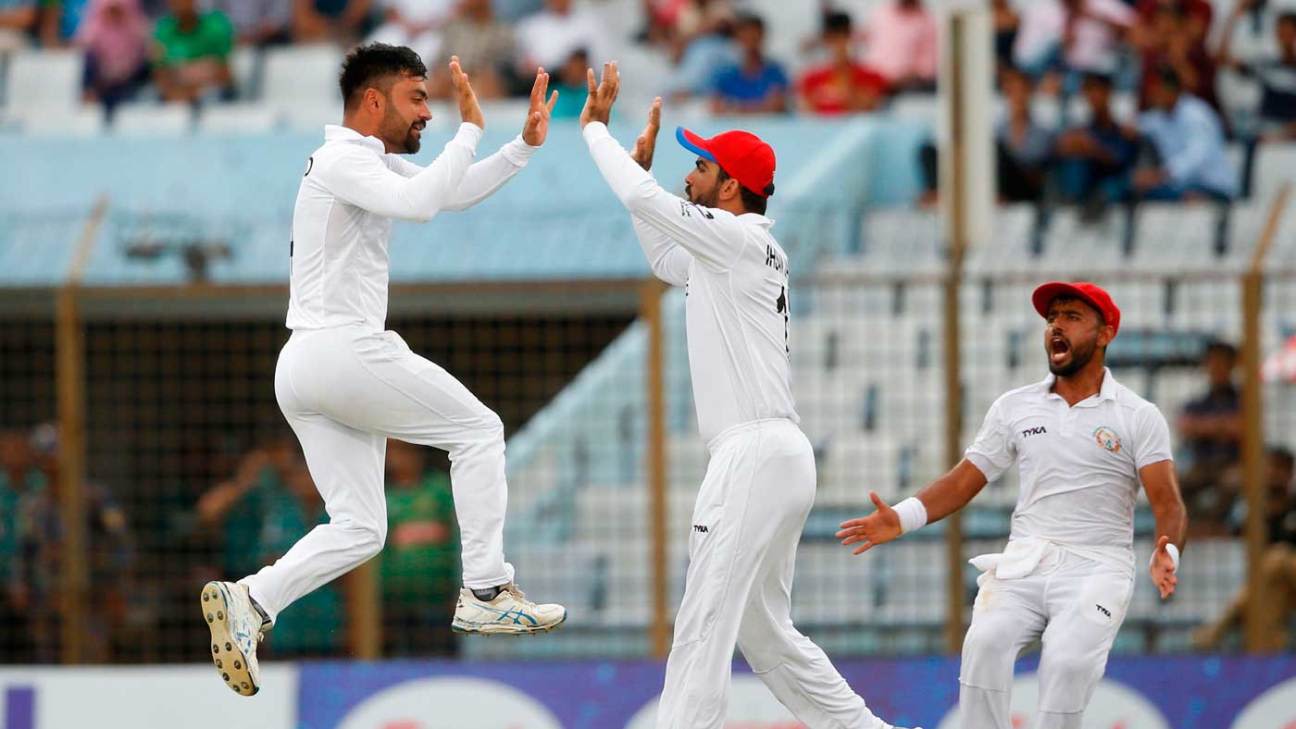 Afghanistan and Zimbabwe have had nearly five days to plan for the second Test after the opener in Abu Dhabi ended inside two days.

Zimbabwe are on the brink of a series win, and not just a one-off triumph, for the first time since beating Bangladesh in 2004. For Afghanistan, who’ve only so far featured in standalone Tests, it’s a chance to prove they’re no pushovers.

The break has brought good news for them, too. Legspinning allrounder Rashid Khan has recovered from the finger injury he sustained in the PSL and is expected to slot back into the XI. Therein lies Zimbabwe’s biggest challenge.

They struggled against the left-arm spin of Amir Hamza, who took a career-best six for 75 in the first Test. Rashid, who will take the ball away from the right-handers, will pose more questions. Zimbabwe will need to get used to the pace at which he bowls, which is a shade quicker than traditional spinners, and familiarise themselves with his ripping googlies.

Considering two key batsmen Brendan Taylor and Craig Ervine are missing, Zimbabwe acquainted themselves superbly to tough conditions. They will want to use the second Test as an opportunity to further strengthen their positions.

Afghanistan, too, have to focus on batting if they are to put up a fight to save the series. Their lack of experience in long-format cricket was apparent in the first Test and they will want to show more application.

Although there is no shame in matches ending in fewer than five days – look no further than India and England two-day and three-day encounters – both Afghanistan and Zimbabwe will be eager to display their credentials in going the distance as this series is decided.

Ibrahim Zadran was far and away Afghanistan’s best batsman in the first Test. He stood out for his ability to leave the ball in the opening stages of his innings. He scored 40% of Afghanistan’s total runs to take his Test average above 42. He needs support from the other end, but the early indications are that his technical game and temperament bode well for Afghanistan’s Test future.

The much anticipated debut of Wesley Madhevere in the first Test turned out to be a first-ball duck after he was out lbw to Hamza. With no DRS, Madhevere could not challenge the decision even though it looked like the impact could have been outside the line. There was no second innings for Madhevere to make a better first impression and he’ll be hoping to spend more time in the middle in his second match.

Rashid Khan should slot straight back into the XI while Afghanistan may also look to add to their fast bowling stocks if conditions are similar to the first Test. Left-armers Fazalhaq Farooqi or Sayed Shirzad may be considered.

After their dominant performance in the first Test, Zimbabwe have few reasons to make changes. They may consider swapping out one of their seamers for a specialist spinner if conditions necessitate it, and have left-arm spinner Wellington Masakadza or legspinner Brandon Mavuta to choose from.

The Abu Dhabi surface proved surprisingly seamer friendly in the first Test with a green grass covering and good bounce, but also took turn early on. Sean Williams described it as being a “carpet on one side and a dustbowl on the other.” Blessing Muzarabani’s observations of the second Test strip is that it has less grass on it but he still expects good bounce. It’s heating up in the Emirates with temperatures into the 30s and Friday set to be a scorcher at 36 degrees.

Zimbabwe have only won four Tests away from home, one in Pakistan, two in Bangladesh in separate series, and the previous one in Abu Dhabi.

This is the first Test series in the UAE that does not feature Pakistan, who played home Tests in the Middle East since 2010.

“There’s no pressure. We did well in the first game and we are looking forward to the second one. It’s the most important game because we have to want the series. We have to be patient, it’s not going to be easy like the last game. We really hope to win the series. It will give us confidence.”