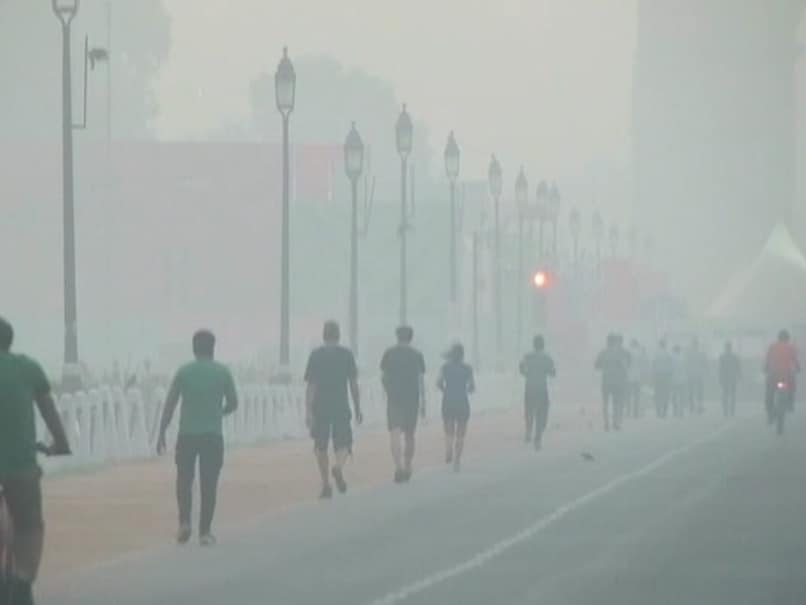 Marathoners Ready To Run Even As Delhi Battles Toxic Pollution


A thick blanket of smog engulfed the capital, air quality plummeting to very poor category on Thursday and Friday. As people of Delhi battled the toxic air with respiratory problems on the rise, the Central Pollution Control Board has now identified at least 13 hotspots. At least two of them will fall in the 21 km half marathon route. Despite that, the capital will host its annual half-marathon for  the 15th time. The  organisers claim they will clean up the air by spraying and with the help of these specially designed machines.

Last year two of these machines from a Bangalore based firm, Devic Earth were installed along the 21km stretch. They claim to have made a substantial difference.

“Last year we had seen a clear reduction of 30-35% air pollution percentage  as compared to the rest of Delhi.

Our device is able to have an impact across 2-3 km radius so the ambient air quality improves significantly,” says Bhooma Krishnan, the COO of Devich Earth.

But Sarita Ahlawat, who is an innovator, working in the field of pollution at the IIT Delhi campus doesn’t agree with such claims. She had run the half marathon in 2017 and fell sick. Sarita has been dissuading her colleagues from running in this weather.

“These devices they have installed were declared ineffective collectively by the scientific community. I am willing to go on record that is not much of help. I had gone to India gate, looked at the reading and I did not see any difference from the day before to the race day,” says Ahlawat.

Like Sarita, Subhashish Banerjee, a professor at the Computer Science Dept, who was a regular half marathoner  since 2009, has dropped out, however at least 30  from this institute have signed up to run.

“Running between oct and feb in delhi is bad.. if i was an addictive long distance runner and my life depended on it, I would run but i can do lesser running… no doubt running in this pollution is a health hazard.. but not running is also a health hazard,” says Banerjee.

The scientific community say that they can only make the runners aware about the health hazards and then let them decide if they want to have some Sunday fun on the race track or not.

Australian Open: Sumit Nagal Crashes Out In First Round After Losing To Ricardas Berankis