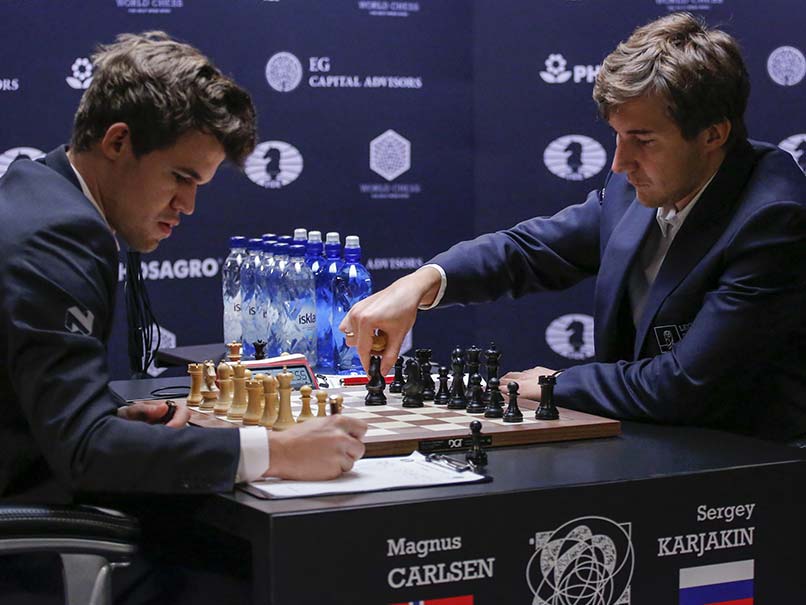 
Neither reigning champ Magnus Carlsen of Norway nor Russian grandmaster Sergei Karyakin has claimed the world chess crown after 12 matches, throwing the tournament to four tie-break games scheduled for Wednesday.

Almost three weeks after the chess World Championship began, the last scheduled game ended Monday in a draw — just like nine of the previous 11 games — with spectators left hungry for decisive action in the forthcoming tiebreaker.

“I’m not proud of the game today, but I think there’s a tradeoff” for the spectators, said Carlsen, alluding to the extra chess to be played.

Regulations stipulate that the two players will now participate in four rapid games, which the World Chess Federation says will be played “at the rate of 25 minutes per player per game, with 10 seconds added after each move.”

All previous games allowed for more than three hours of play.

In the event of a draw at the end of those four games, the players will participate in two blitz games, a fast format played at the rate of five minutes per player at the start, with three seconds added after each move.

Should there still be a tie at this point, they will play up to four more sets of blitz games.

“If there is still no winner, Carlsen and Karyakin will play an Armageddon game in which white has five minutes and black has four, but black only has to draw to win the match,” the World Chess Federation said.

But in the meantime, Carlsen said “25 minutes and 10 seconds per move is a lot of time so we’re still playing normal chess.”

“We’re not at the penalty stage yet. We’re at extra time,” he said, making a soccer analogy. “I understand if sometimes both teams are not trying to score in the last minute of regulation that can be frustrating but also having extra time is exciting.”

At the end of the eighth game, which ended in a victory for Karyakin, Carlsen left the premises in a state of fury before participating in a press conference, which earned him a penalty equal to five percent of his earnings, whether he wins or loses.

More than six million people have checked in on the World Chess Championships via its official website since the start of the competition, a spokesman said Monday, without specifying how many had paid to watch the live video.