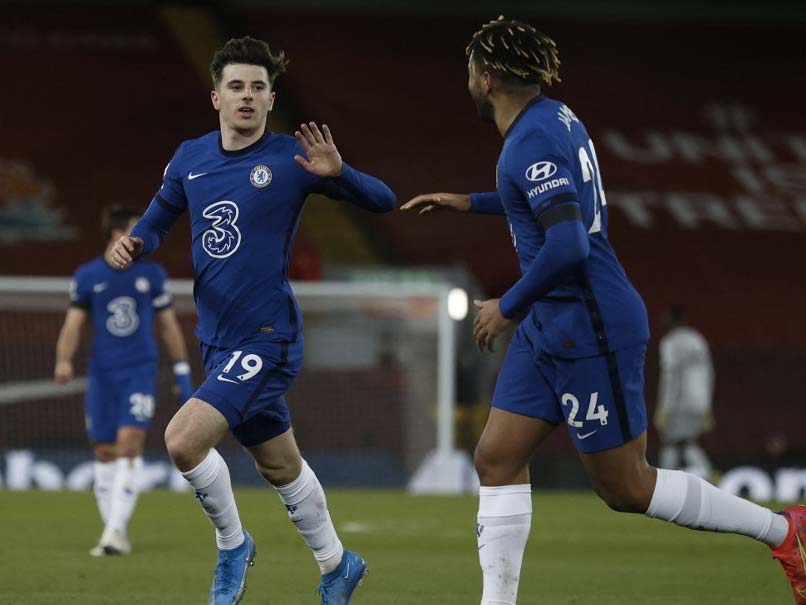 
Mason Mount fired Chelsea into fourth place in the Premier League as the midfielder’s superb strike clinched a 1-0 win against troubled Liverpool, while Everton boosted their top four bid with a 1-0 victory at West Brom on Thursday. Mount’s first half goal was enough to see off lacklustre Liverpool and extended Chelsea’s impressive renaissance under new boss Thomas Tuchel. Chelsea are unbeaten in 10 games in all competitions since the former Paris Saint Germain boss replaced the sacked Frank Lampard in January.

The Blues sit one point clear of fifth placed Everton, who have a game in hand on the west Londoners.

“It was a very good team performance. It was a six-point game because the others lose,” Tuchel said.

“We played with courage, had excellent moments with the ball and never lost the attitude and desire.

“The race is on. We can never rest and never celebrate. There is no time.”

While Chelsea are on the up, injury-hit Liverpool crashed to a fifth successive home defeat for the first time in their illustrious history, leaving the spluttering champions without a win at Anfield since before Christmas.

“It is a massive blow,” Klopp said. “It is not about Anfield or whatever, it is in general, too often.

“In the decisive moments we have to improve. We have to show our quality in these moments and we don’t do that often enough.”

After Chelsea’s Timo Werner was denied by the narrowest of offside decisions, Liverpool’s Sadio Mane missed a sitter.

Chelsea took the lead in the 42nd minute when N’Golo Kante launched a high pass towards Mount and the England midfielder cut in from the left, leaving Fabinho trailing in his wake before curling a superb finish into the bottom corner.

Liverpool didn’t have an effort on target until the 85th minute as Klopp surprisingly hauled off leading scorer Mohamed Salah.

Everton made it three consecutive victories thanks to the in-form Richarlison, while their improving defence recorded a third successive clean-sheet.

Richarlison headed home from Gylfi Sigurdsson’s 65th minute cross as the Brazilian netted for the fourth time in as many games after scoring just twice in the league this season before that run.

“We’re doing well and now we’re in the fight at the top of the table. The season is still long but we are there and pleased to be there,” Everton boss Carlo Ancelotti said.

Second bottom Albion, who had a late Mbaye Diagne effort disallowed for offside, remain nine points adrift of safety as they slide towards relegation.

Dele Alli delivered in his first league start since the opening day of the season as Tottenham won 1-0 at Fulham.

Alli was not credited with his first league goal for just short of a year as his effort deflected off Tosin Adarabioyo into his own net.

Fulham’s Josh Maja saw his effort harshly disallowed for a handball by Mario Lemina, but eighth placed Tottenham held on to move within five points of the top four with a game in hand.

“In the end it was not a very different game from some we had and we managed to concede late goals,” Tottenham manager Jose Mourinho.

“Against Palace, Wolves, Newcastle, we concede late goals that took points away from us. Tonight was different, tonight we kept it.”

Gareth Bale and Alli have struggled for form and fitness this season and have largely been bystanders as Son Heung-min and Harry Kane kept Tottenham’s chances of a place in the Champions League next season alive.

However, after Bale struck twice in a 4-0 thrashing of Burnley on Sunday, all four started together for the first time in a Premier League game as Mourinho finally let off the handbrake on his attacking talents.

Three of the front four combined for the only goal as Bale’s pass picked out the run of Son and his cross appeared to have been turned in by Alli only for the final touch to come off Adarabioyo.

India To Bid For Chess Olympiad; All India Chess Federation To Start League