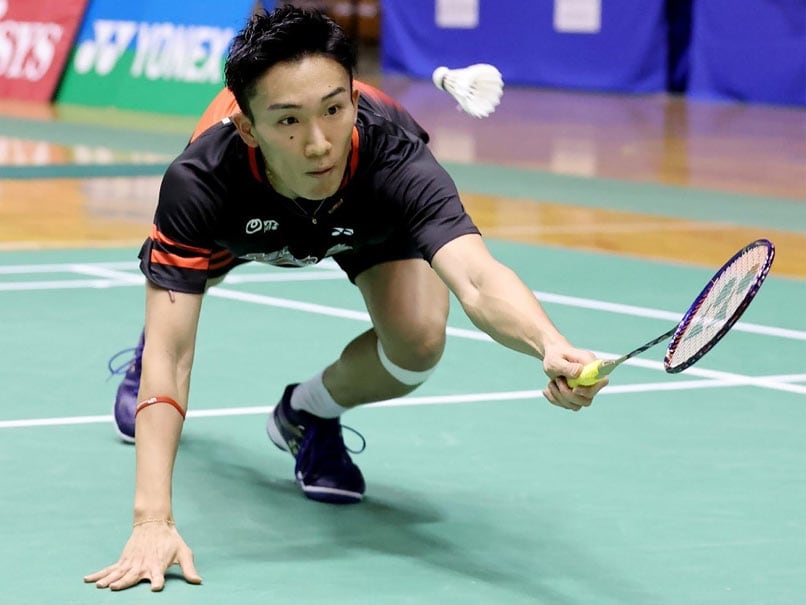 
Japan’s badminton world number one Kento Momota shrugged off nerves to make a winning return to competition in Tokyo Wednesday, nearly a year after suffering serious injuries in a car crash. Momota beat Koshiro Moriguchi 21-12, 21-14 in the first round of the All-Japan championships, marking his return from the accident that left him fearing his career might be over after fracturing an eye socket. Momota will be hoping his comeback leads him all the way to Olympic gold at next year’s coronavirus-postponed Tokyo Games, but the left-hander was happy just to be back on the court after dispatching his opponent in 36 minutes on Wednesday.

“I had that particular feeling that you get before a match, the kind where you just can’t sit still, and it’s been a while since I felt that,” said Momota, who was badly hurt when the vehicle taking him to the airport in January after he won the Malaysia Masters crashed, killing the driver.

“I went out onto the court and it really felt like I was back. I enjoyed it.”

Momota began the match with little fuss as he won the first five points, but then went on to misjudge several baseline shots from his opponent in an error-strewn opening game.

The 26-year-old settled into his rhythm more in the second game, and closed the match out with a resounding smash to book his place in the next round.

“I missed a lot of shots because of nerves,” he acknowledged.

“My movement and feeling for the shuttle weren’t bad, but I want to cut down on the mistakes in my next match.

“I managed to speed up the play and land a few smashes, but there were a lot of times where I was too slow with my returns. I need to think more about how I react to each shot and mix things up a little.”

Momota is aiming to win a third straight national title this week in Tokyo, before heading to Thailand in January for the resumption of the badminton world tour.

He is hoping to recapture the form that saw him win a record-breaking 11 titles last year, and believes he will begin to hit his stride now that he has cleared the first hurdle.

“I was nervous because it was the first match of the All-Japan championships, and it was also my first match in a long time,” said Momota.

“There were a lot of things that made me feel uncomfortable, but despite all that I was able to relax and play my game. I’m happy with that.”