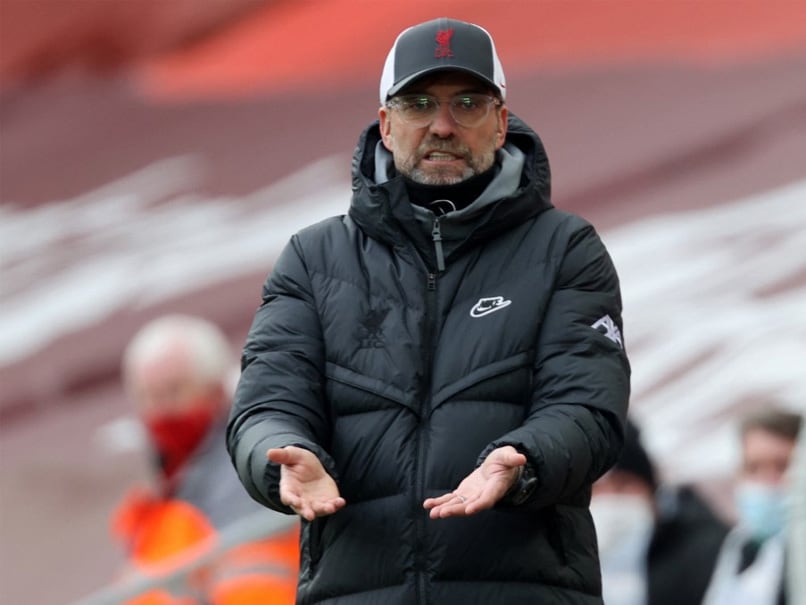 
Liverpool manager Jurgen Klopp on Tuesday ruled himself out of contention to replace Joachim Loew as Germany manager, saying he intended to see out his contract at the Premier League champions. The German football association said Loew would step down from his role as national team boss following the delayed Euro 2020, which ends in July.

Loew will leave with a year left on his deal, having signed up until the 2022 World Cup finals in Qatar.

Klopp was immediately installed as one of the favourites but the 53-year-old German said he was not available at a Champions League press conference on Tuesday.

“I have three years left at Liverpool, that’s a simple statement, a simple situation,” he said.

“You sign a contract and you normally try to stick to that contract don’t you? I had a contract in Mainz where I stuck with them even though there was interest from other Bundesliga teams with more money.

“It is just timing and if it doesn’t work out you don’t have to lose any sleep over it.

“Someone else will do the job and I am pretty sure with the amount of really good German managers at the moment the German FA will find a good solution.”

But he has faced three years of criticism since holders Germany crashed out of the 2018 World Cup in Russia at the group stage.

“Jogi Loew did an incredible job for so many years, I think he is the longest servant we had in Germany but for sure one of the most successful,” added Klopp.

“I understand that he wants to have this highlight for him of the European Championships and try to squeeze everything out that he can from this tournament.”

Liverpool’s “home” match against Leipzig will be played in the Puskas Arena in Budapest as a result of Covid-19 travel restrictions. It is the same stadium that hosted the first leg.

Klopp, whose team have lost their past six Premier League home games, was asked whether Liverpool could become European champions for a seventh time.

“Two things — the quality and football in general,” he said. “You always have a chance in the next game.

“It’s half-time (in the tie), we have to play the game. I have no doubt about us. We will give it a proper fight, we have 95 minutes to use.”

And he bemoaned the absence of fans during the coronavirus pandemic, which has deprived the side of passionate home support at Anfield.

“Football would not be the game we love if no one could watch it in the stadium,” said Klopp.

“We have missed fans as we’ve had one of the best atmospheres in the world. That is no excuse, but in difficult times that can help. I can’t wait for the day people are allowed (back).”