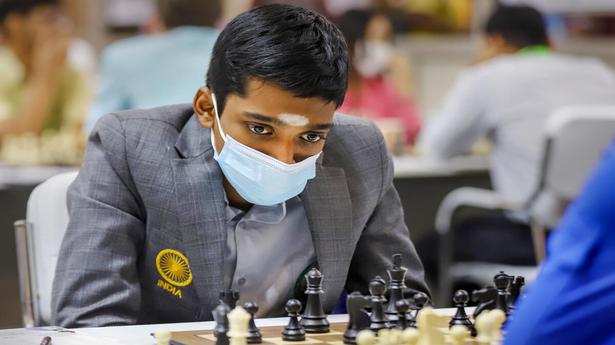 Starting the day a point ahead of Arjun, Carlsen won all three rounds on the final day of the league after facing American youngster Christopher Yoo, Poland’s Radoslaw Wojtaszek and Germany’s rising star Vincent Keymer for a tally of 34 points.

In contrast, Arjun (25) held on to his second spot by virtue of a draw against Wojtaszek in the 13th round but lost to Keymer and Anish Giri.

In spite of winning the final game, Giri missed out on a quarterfinal-spot after finishing ninth following a three-way tie for seventh place with Yoo and Levon Aronian.

Praggnanandha (23) fared a shade better than Arjun. After losing to Aronian, the teenager drew with Anish and beat Ivan Saric for his first victory in the last nine rounds.

The quarterfinals and semifinals will see best of four-rapid game matches. In case of a 2-2 tie, an Armageddon game will be played where a player with white pieces gets five minutes to black’s four. Draw counts as a win for black.

India are looking at me for all three formats – SportsDicted